This man had a terrible stomach ache: and it took doctors 18 years to find the bizarre reason After years of severe abdominal pain, the doctors made a shocking discovery!

Ma Vat Nhat, a Vietnamese man, was involved in a serious road accident in 1998 and underwent major surgery as a result. Ma Vat is now 54 years old and had no problems for years following the surgery, until he suddenly experienced severe abdominal pain.

Ma Vat took heavy painkillers and other medication, however, nothing seemed to help; it just got worse. Doctors faced a mystery, no one knew what was causing the terrible pain. Ma Vat was then involved in another traffic accident and was taken back to hospital. The doctors took X-rays and made a shocking discovery …

Object in the abdomen

A pointed object was clearly visible in the photos. A pair of surgical scissors had been in his abdominal cavity for 18 years and his organs had grown completely around the scissors. Specialists were flown in and it took more than three hours to remove the scissors. The Vietnamese Ministry of Health has instructed the hospital to find out who was responsible for the major error. The director of the hospital in question has said that this will be difficult, because patient records are usually not kept for more than 15 years. What a bizarre story! 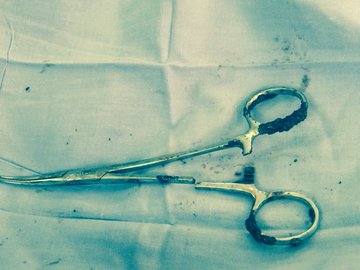 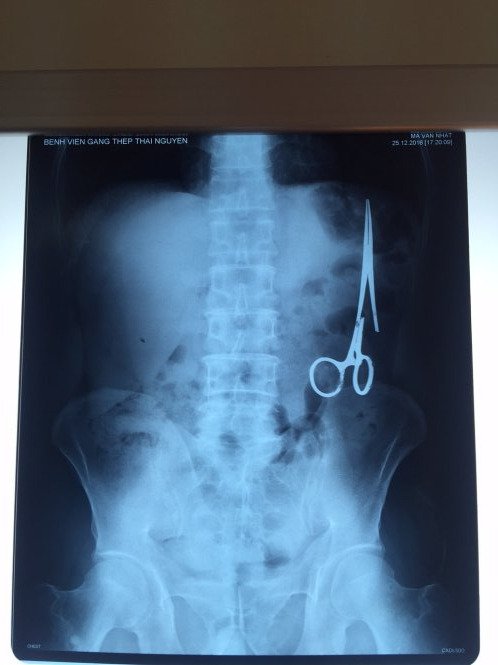