Rare bee has a body that’s half-male, half-female, and split exactly down the middle

This condition, known as gynandromorphy, occurs across animal groups 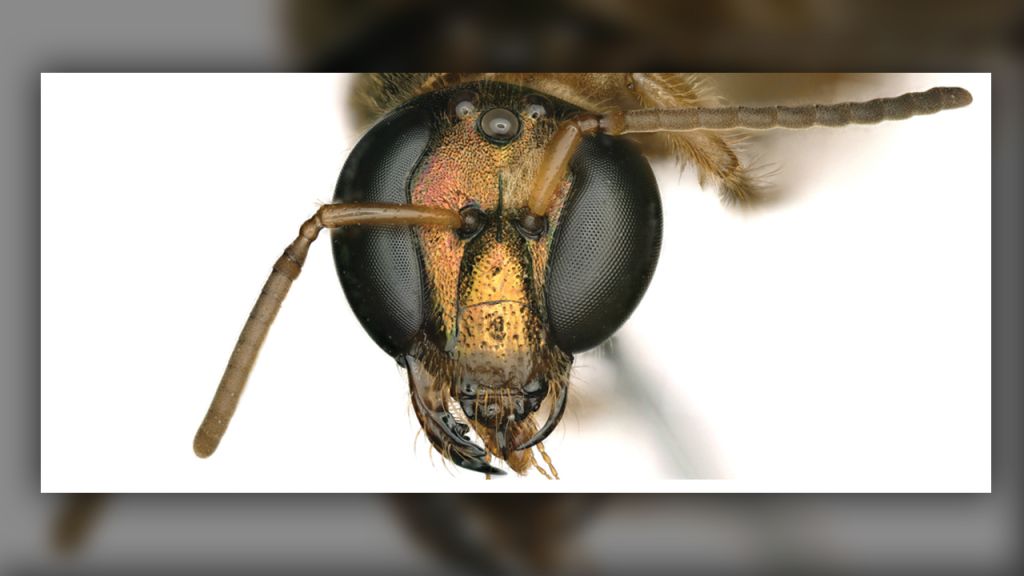 A frontal view of the head shows the bilateral split between sexes (female left side of image, male right side).
(Image: © Photo by Chelsey Ritner)

In an un-bee-lievable discovery, scientists identified a bee that’s male on its left side and female on its right side. The rare condition is known as gynandromorphy.

Researchers found the bee inside a nest collected in Panama, in a forest on Barro Colorado Island, describing it in a study published on Feb. 27 in the Journal of Hymenoptera Research. When the nest was collected, the bee was a larva enclosed in a brood cell, a chamber in the honeycomb where young bees grow, and the scientists noticed that it was a gynandromorph when it emerged as an adult.

This is the first known example of gynandromorphy in the bee species Megalopta amoena, and is only the second such case found in the genus Megalopta, or sweat bees, in over 20 years of field research, the study authors reported.

On the bee’s head, the “female side” has a forward-facing antenna and a bigger, stronger mandible, according to the study. The female side’s hind leg is also larger and hairier than its counterpart on the male side. Hairs used for pollen collection cover the female half of the lower body, while the male side of the body shows few hairs, the study authors wrote.

The bee is known as a bilateral gynandromorph, its sex differences divided down the middle. Gynandromorphy may also be axial, in which the front of the body is one sex and the back is another. The condition can also appear as a mosaic, with male and female features mixed up and scattered around the animal’s body, scientists reported in 2013 in the Journal of Crustacean Biology.

Bilateral gynandromorphy has been documented in insects, crustaceans, snakes and even birds; it is easiest to see when there are significant physical differences between males and females in that species. One striking example is a gynandromorph cardinal that scientists described in 2019. The bird sported a male’s dramatic red plumage down one side of its body, while its other side was covered with a female’s light brown feathers, Live Science previously reported.

And the physical divisions between male and female features in gynandromorphs aren’t just skin deep, as researchers discovered in 2003 in a finch. The right half of the bird’s brain was genetically male, and the left half was genetically female, according to a study of the bird, published in the journal Proceedings of the National Academy of Sciences. 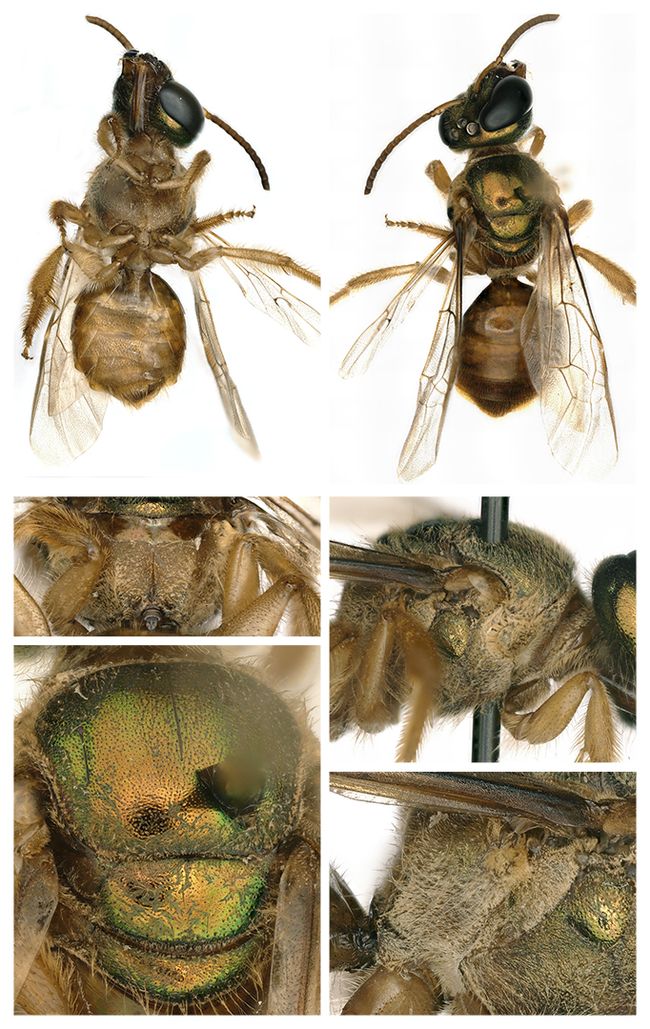 The gynandromorph bee also demonstrated foraging behavior that differed from that of males and females in the nest. It was active much earlier in the day than its fellows, emerging during the darkness of the very early morning hours, while male and female bees “showed almost no activity during that time,” according to the study.

However, more evidence is required in order to tell if this unusual activity is connected to the bee’s gynandromorphy, the researchers wrote.