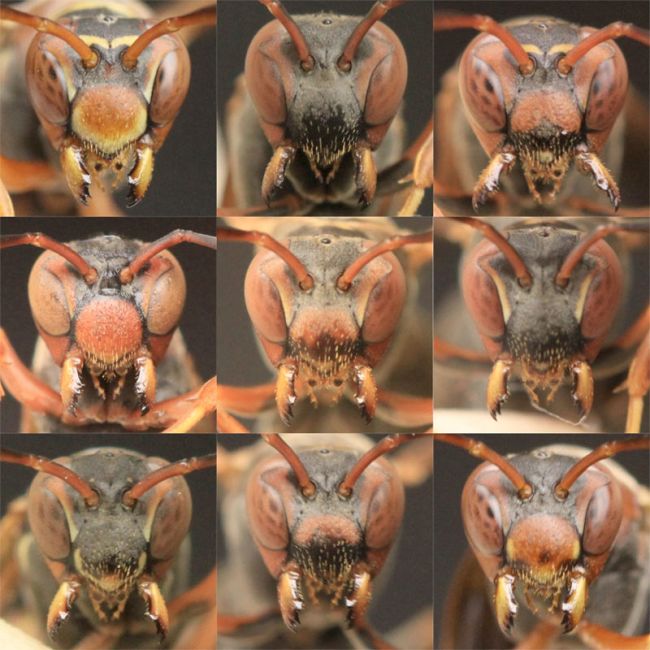 While scientists have known that individuals of this paper-wasp species can distinguish individuals in their colony by recognizing facial markings, a new study published in the Dec. 2, 2011 issue of the journal Science reveals the wasps learn to identify images of Polistes fuscatus faces faster and more accurately than other types of images.

A colony of Polistes fuscatus paper wasps can have several wasp groups led by cooperating queens. The queens set up a power structure and the distinct facial markings can help others in the group identify a wasp’s rank.

The ability to discriminate faces can also tell the insects whether another paper wasp is a threat to their rank.

No Two Are Alike

“They are strikingly different, like snowflakes,” said lead researcher Michael Sheehan, a graduate student in evolutionary biology at the University Michigan, referring to the distinct faces of the paper wasps.

These paper wasps are slender creatures, with a waist that connects the thorax with the abdomen. Compared with females, the male P. fuscatus wasps sport antennae with strongly curved tips and more yellow on the front of the head.