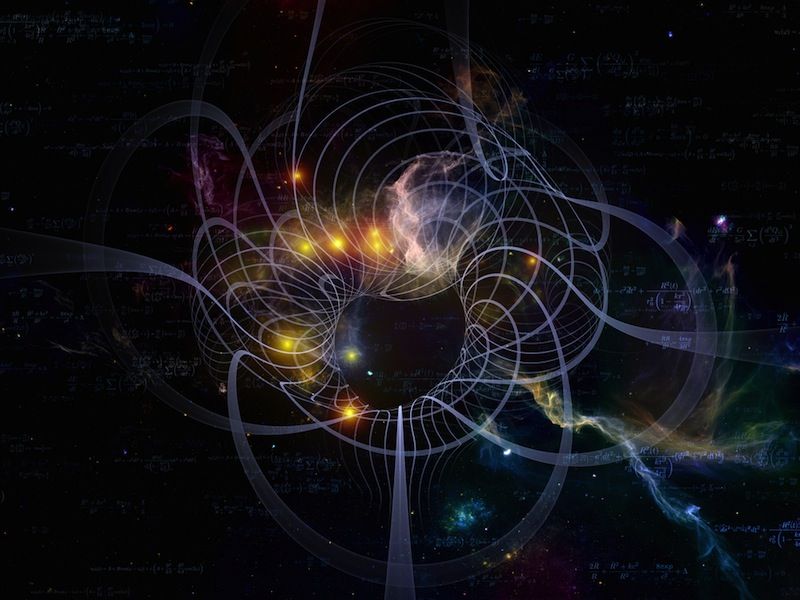 Relativity is one of the most famous scientific theories of the 20th century, but how well does it explain the things we see in our daily lives?

Formulated by Albert Einstein in 1905, the theory of relativity is the notion that the laws of physics are the same everywhere. The theory explains the behavior of objects in space and time, and it can be used to predict everything from the existence of black holes, to light bending due to gravity, to the behavior of the planet Mercury in its orbit.

The theory is deceptively simple. First, there is no “absolute” frame of reference. Every time you measure an object’s velocity, or its momentum, or how it experiences time, it’s always in relation to something else. Second, the speed of light is the same no matter who measures it or how fast the person measuring it is going. Third, nothing can go faster than light. [Twisted Physics: 7 Mind-Blowing Findings]

The implications of Einstein’s most famous theory are profound. If the speed of light is always the same, it means that an astronaut going very fast relative to the Earth will measure the seconds ticking by slower than an Earthbound observer will — time essentially slows down for the astronaut, a phenomenon called time dilation.

Any object in a big gravity field is accelerating, so it will also experience time dilation. Meanwhile, the astronaut’s spaceship will experience length contraction, which means that if you took a picture of the spacecraft as it flew by, it would look as though it were “squished” in the direction of motion. To the astronaut on board, however, all would seem normal. In addition, the mass of the spaceship would appear to increase from the point of view of people on Earth.

But you don’t necessarily need a spaceship zooming at near the speed of light to see relativistic effects. In fact, there are several instances of relativity that we can see in our daily lives, and even technologies we use today that demonstrate that Einstein was right. Here are some ways we see relativity in action.

Magnetism is a relativistic effect, and if you use electricity you can thank relativity for the fact that generators work at all.

If you take a loop of wire and move it through a magnetic field, you generate an electric current. The charged particles in the wire are affected by the changing magnetic field, which forces some of them to move and creates the current.

But now, picture the wire at rest and imagine the magnet is moving. In this case, the charged particles in the wire (the electrons and protons) aren’t moving anymore, so the magnetic field shouldn’t be affecting them. But it does, and a current still flows. This shows that there is no privileged frame of reference.

Thomas Moore, a professor of physics at Pomona College in Claremont, California, uses the principle of relativity to demonstrate why Faraday’s Law, which states that a changing magnetic field creates an electric current, is true.

“Since this is the core principle behind transformers and electric generators, anyone who uses electricity is experiencing the effects of relativity,” Moore said.

Electromagnets work via relativity as well. When a direct current (DC) of electric charge flows through a wire, electrons are drifting through the material. Ordinarily the wire would seem electrically neutral, with no net positive or negative charge. That’s a consequence of having about the same number of protons (positive charges) and electrons (negative charges). But, if you put another wire next to it with a DC current, the wires attract or repel each other, depending on which direction the current is moving. [9 Cool Facts About Magnets]

Assuming the currents are moving in the same direction, the electrons in the first wire see the electrons in the second wire as motionless. (This assumes the currents are about the same strength). Meanwhile, from the electrons’ perspective, the protons in both wires look like they are moving. Because of the relativistic length contraction, they appear to be more closely spaced, so there’s more positive charge per length of wire than negative charge. Since like charges repel, the two wires also repel.

In order for your car’s GPS navigation to function as accurately as it does, satellites have to take relativistic effects into account. This is because even though satellites aren’t moving at anything close to the speed of light, they are still going pretty fast. The satellites are also sending signals to ground stations on Earth. These stations (and the GPS unit in your car) are all experiencing higher accelerations due to gravity than the satellites in orbit.

To get that pinpoint accuracy, the satellites use clocks that are accurate to a few billionths of a second (nanoseconds). Since each satellite is 12,600 miles (20,300 kilometers) above Earth and moves at about 6,000 miles per hour (10,000 km/h), there’s a relativistic time dilation that tacks on about 4 microseconds each day. Add in the effects of gravity and the figure goes up to about 7 microseconds. That’s 7,000 nanoseconds.

The difference is very real: if no relativistic effects were accounted for, a GPS unit that tells you it’s a half mile (0.8 km) to the next gas station would be 5 miles (8 km) off after only one day. [Top 10 Inventions that Changed the World]

Most metals are shiny because the electrons in the atoms jump from different energy levels, or “orbitals.” Some photons that hit the metal get absorbed and re-emitted, though at a longer wavelength. Most visible light, though, just gets reflected.

Gold is a heavy atom, so the inner electrons are moving fast enough that the relativistic mass increase is significant, as well as the length contraction. As a result, the electrons are spinning around the nucleus in shorter paths, with more momentum. Electrons in the inner orbitals carry energy that is closer to the energy of outer electrons, and the wavelengths that get absorbed and reflected are longer. [Sinister Sparkle Gallery: 13 Mysterious & Cursed Gemstones]

Longer wavelengths of light mean that some of the visible light that would usually just be reflected gets absorbed, and that light is in the blue end of the spectrum. White light is a mix of all the colors of the rainbow, but in gold’s case, when light gets absorbed and re-emitted the wavelengths are usually longer. That means the mix of light waves we see tends to have less blue and violet in it. This makes gold appear yellowish in color since yellow, orange and red light is a longer wavelength than blue. 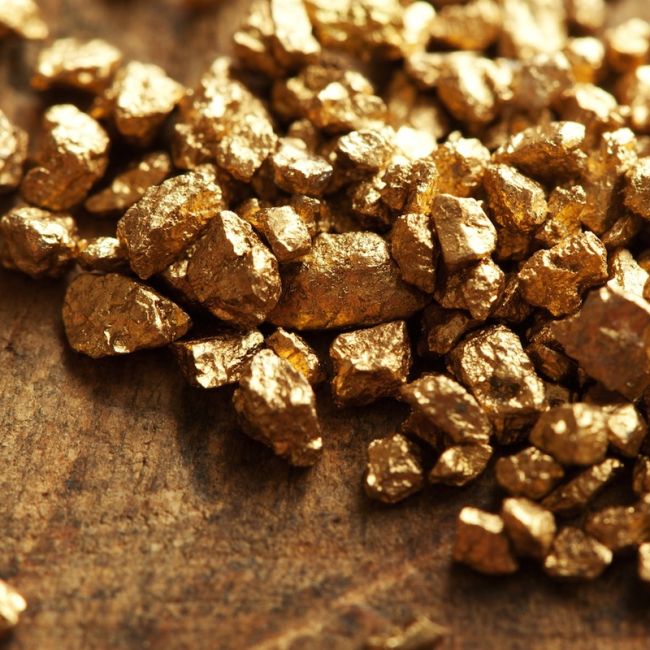 The relativistic effect on gold’s electrons is also one reason that the metal doesn’t corrode or react with anything else easily.

Gold has only one electron in its outer shell, but it still is not as reactive as calcium or lithium. Instead, the electrons in gold, being “heavier” than they should be, are all held closer to the atomic nucleus. This means that the outermost electron isn’t likely to be in a place where it can react with anything at all — it’s just as likely to be among its fellow electrons that are close to the nucleus.

Mercury is a liquid

Similar to gold, mercury is also a heavy atom, with electrons held close to the nucleus because of their speed and consequent mass increase. With mercury, the bonds between its atoms are weak, so mercury melts at lower temperatures and is typically a liquid when we see it.

Just a few years ago most televisions and monitors had cathode ray tube screens. A cathode ray tube works by firing electrons at a phosphor surface with a big magnet. Each electron makes a lighted pixel when it hits the back of the screen. The electrons fired out to make the picture move at up to 30 percent the speed of light. Relativistic effects are noticeable, and when manufacturers shaped the magnets, they had to take those effects into account.

If Isaac Newton had been right in assuming that there is an absolute rest frame, we would have to come up with a different explanation for light, because it wouldn’t happen at all.

“Not only would magnetism not exist but light would also not exist, because relativity requires that changes in an electromagnetic field move at a finite speed instead of instantaneously,” Moore, of Pomona College, said. “If relativity did not enforce this requirement … changes in electric fields would be communicated instantaneously … instead of through electromagnetic waves, and both magnetism and light would be unnecessary.”