What is palm oil?

And why is palm oil in practically everything? 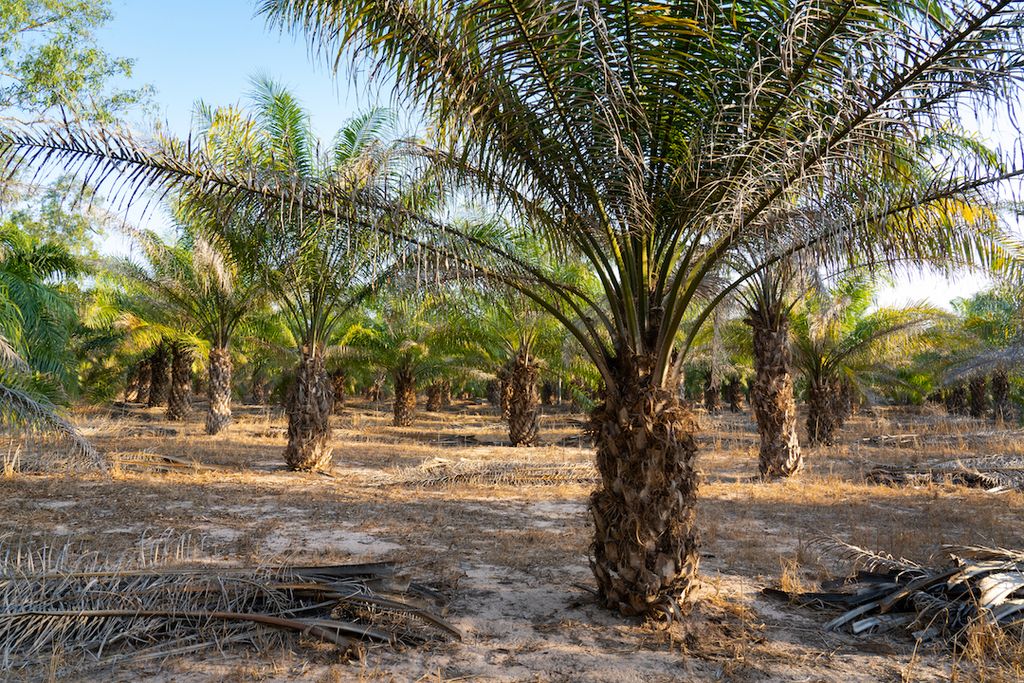 Palm oil is an edible vegetable oil that comes from the pulp of oil palm tree fruit. Native to West Africa, the oil palm tree is now most commonly grown in the tropics of Southeast Asia.

The global market for palm oil grows with every passing year: By 2022, its worth is estimated to reach $88 billion, according to the World Health Organization. The biggest global suppliers of palm oil are Indonesia, followed by Malaysia. Combined, those countries produce approximately 85% of the world’s palm oil.

The production of palm oil is controversial, as oil palm plantations take the place of thousands of acres of mowed-down forests, making palm oil production one of the biggest drivers of deforestation. On the other hand, palm oil production provides jobs for millions of people and is an important natural resource in areas of the world with struggling economies.

Why is palm oil in everything?

Experts have estimated that palm oil can be found in about 50% of packaged items in the supermarket, according to the International Union for Conservation of Nature (IUCN). This includes everything from detergents to cosmetics to candy.

The attractiveness of palm oil to manufacturers lies in its cheap cost and versatility. It has a much higher production rate per hectare than any other vegetable oil, and it requires relatively small amounts of energy, fertilizer and pesticides to produce. Oil palm produces about 35% of all vegetable oil on less than 10% of the land allocated to oil-producing crops. To obtain the same amount of alternative oils, such as soybean or coconut oil, between four and 10 times more land would be required, according to the World Wildlife Fund (WWF).

Palm oil is the most common cooking oil in Asia, with India, China and Indonesia accounting for nearly 40% of all palm oil consumed worldwide. It’s a popular oil to cook with because of its high heat resistance, its long shelf life and, most importantly, its low price. 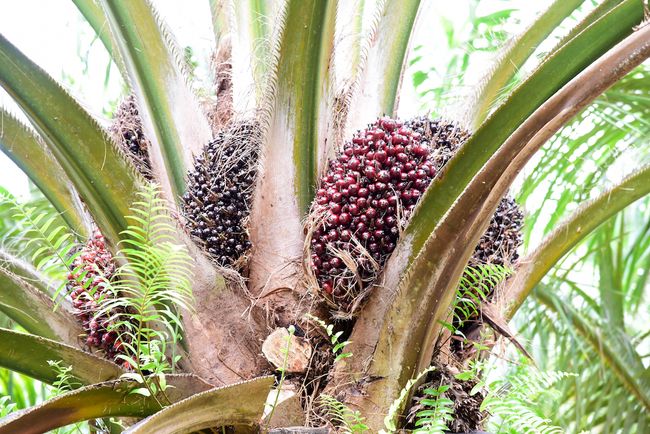 Why is palm oil bad for the environment?

Palm oil production is seen as a path out of poverty for the populations of developing countries where it’s produced because it drives economic development. That trend has proliferated across the world; more palm oil plantations are beginning to pop up across Asia, Africa and Latin America. The palm oil industry employs as many as 3.5 million workers across Indonesia and Malaysia, according to a report by Humanity United.

The increasing dedication of land once occupied by tropical forests and other species-rich habitats to palm oil plantations has made palm oil production a major threat to biodiversity. The expansion of plantations has led to the increasingly serious risk of extinction for the orangutan, the pygmy elephant and the Sumatran rhino. The production of palm oil affects at least 193 threatened species, according to The IUCN Red List of Threatened Species.

Palm oil plantations are also a huge source of greenhouse gas emissions. Because they are typically established on land converted from swamp forests, clearing the land releases large amounts of carbon dioxide and methane. The most common method of clearing is by incineration, or so-called “slash-and-burn practices,” which also contribute to regional smoke haze and water pollution.

The wastewater from palm oil refineries is another huge source of methane. A study published in the journal Nature Climate Change showed that the methane produced by a single pond of palm refinery wastewater has the same annual climate impact as 22,000 cars. 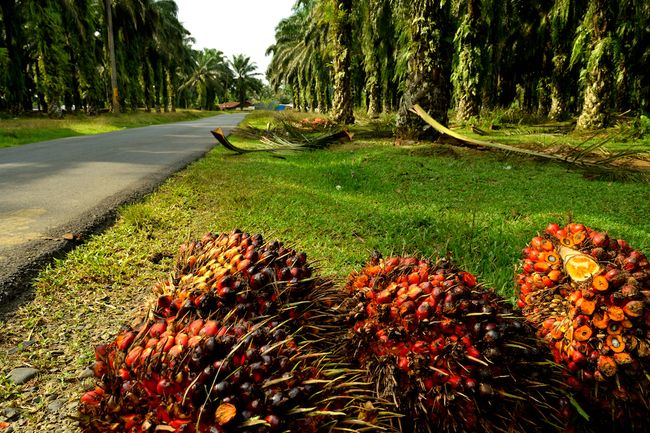 Can palm oil ever be sustainable?

Environmentally conscious consumers might think that boycotting products containing palm oil — either by not purchasing them or by putting pressure on retailers to forego it — is the best route toward eliminating the environmental damage caused by palm oil plantations. But it’s not as simple as that.

If palm oil use were restricted, it would need to be replaced by other types of vegetable oils in order to meet the global demand for it. However, there is no equal alternative. Other oils such as rapeseed, sunflower and soybean are nowhere near as efficient to produce as palm. In 2018, the IUCN released a report that described how boycotting palm oil would simply shift the crop’s biodiversity impacts to regions where its replacement oils are produced, such as the tropical forests and savannas of South America.

“If you’re shifting demand to a less efficient oil, you’re going to need more land, and more land comes at the expense of the natural habitats that we all cherish and love across the world,” said Matthew Struebig, a tropical conservation scientist at the University of Kent in the United Kingdom.

Our best hope for decreasing the environmental impacts of palm oil is to strive “for more sustainable production,” Struebig told Live Science. And that means more than just eliminating the threat to endangered species.

As of 2020, just under 20% of palm oil is sustainably produced, according to the Roundtable on Sustainable Palm Oil (RSPO), a global initiative formed in 2004 that sets specific standards regarding deforestation, lawfulness, transparency and social impact — standards that must be met in order for palm oil to be considered sustainably derived. Companies such as PepsiCo, Unilever, Nestlé and General Mills have made the commitment to source 100% RSPO-certified sustainable palm oil.

Several nonprofit groups are also working toward a more sustainable palm oil industry in countries where millions are dependent on its continued existence. For example, an initiative based in Malaysia called Wild Asia is helping to organize hundreds of small farmers into larger groups that can be certified to sell palm fruit that meets the requirements of the Malaysian Sustainable Palm Oil (MSPO) and RSPO Production standard, so it benefits both the farmers and the environment.

Palm oil isn’t going away anytime soon. So, the most effective way to curb the environmental impacts of palm oil is to support the initiatives and brands committed to a more sustainable palm oil industry.