Reference article: Facts about the fundamental force of gravity. 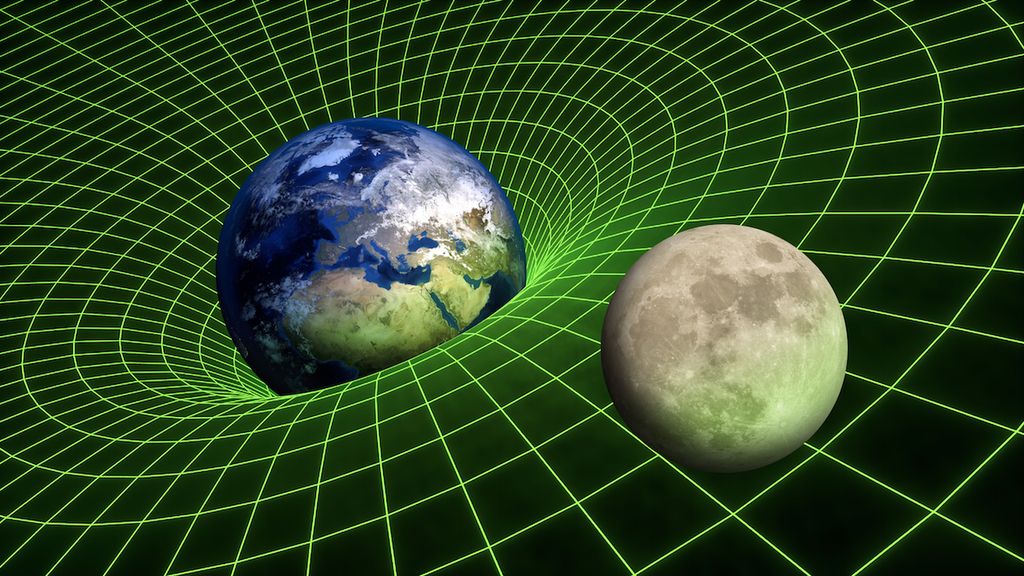 While gravity’s effects can clearly be seen on the scale of things like planets, stars and galaxies, the force of gravity between everyday objects is extremely difficult to measure.
(Image: © Shutterstock)

Gravity is one of the four fundamental forces in the universe, alongside electromagnetism and the strong and weak nuclear forces. Despite being all-pervasive and important for keeping our feet from flying off the Earth, gravity remains, in large part, a puzzle to scientists.

Ancient scholars trying to describe the world came up with their own explanations for why things fall toward the ground. The Greek philosopher Aristotle maintained that objects have a natural tendency to move toward the center of the universe, which he believed to be the middle of the Earth, according to physicist Richard Fitzpatrick from the University of Texas.

But later luminaries dislodged our planet from its primary position in the cosmos. The Polish polymath Nicolas Copernicus realized that the paths of the planets in the sky make much more sense if the sun is the center of the solar system. The British mathematician and physicist Isaac Newton extended Copernicus’ insights and reasoned that, as the sun tugs on the planets, all objects exert a force of attraction on one another.

In his famous 1687 treatise “Philosophiae naturalis principia mathematica,” Newton described what is now called his law of universal gravitation. It is usually written as:

Where F is the force of gravity, m1 and m2 are the masses of two objects and r is the distance between them. G, the gravitational constant, is a fundamental constant whose value has to be discovered through experiment.

Gravity is powerful, but not that powerful

Gravity is the weakest of the fundamental forces. A bar magnet will electromagnetically pull a paper clip upward, overcoming the gravitational force of the entire Earth on the piece of office equipment. Physicists have calculated that gravity is 10^40 (that’s the number 1 followed by 40 zeros) times weaker than electromagnetism, according to PBS’s Nova.

While gravity’s effects can clearly be seen on the scale of things like planets, stars and galaxies, the force of gravity between everyday objects is extremely difficult to measure. In 1798, British physicist Henry Cavendish conducted one of the world’s first high precision experiments to try to precisely determine the value of G, the gravitational constant, as reported in the Proceedings of the National Academy of Science’s Front Matter.

Cavendish built what’s known as a torsion balance, attaching two small lead balls to the ends of a beam suspended horizontally by a thin wire. Near each of the small balls, he placed a large, spherical lead weight. The small lead balls were gravitationally attracted to the heavy lead weights, causing the wire to twist just a tiny bit and allowing him to calculate G.

Remarkably, Cavendish’s estimation for G was only 1% off from its modern-day accepted value of 6.674 × 10^−11 m^3/kg^1 * s^2. Most other universal constants are known to far higher precision but because gravity is so weak, scientists must design incredibly sensitive equipment to try to measure its effects. Thus far, a more precise value of G has eluded their instrumentation.

The German-American physicist Albert Einstein brought about the next revolution in our understanding of gravity. His theory of general relativity showed that gravity arises from the curvature of space-time, meaning that even rays of light, which must follow this curvature, are  bent by extremely massive objects.

Einstein’s theories were used to speculate about the existence of black holes — celestial entities with so much mass that not even light can escape from their surfaces. In the vicinity of a black hole, Newton’s law of universal gravitation no longer accurately describes how objects move, but rather Einstein’s tensor field equations take precedence.

Astronomers have since discovered real-life black holes out in space, even managing to snap a detailed photo of the colossal one that lives at the center of our galaxy. Other telescopes have seen black holes’ effects all over the universe.

The application of Newton’s gravitational law to extremely light objects, like people, cells and atoms, remains a bit of an unstudied frontier, according to Minute Physics. Researchers assume that such entities attract one another using the same gravitational rules as planets and stars, but because gravity is so weak, it is difficult to know for sure.

Perhaps, atoms attract one another gravitationally at a rate of one over their distance cubed instead of squared — our current instruments have no way of telling. Novel hidden aspects of reality might be accessible if only we could measure such minute gravitational forces.

A perpetual force of mystery

Gravity perplexes scientists in other ways, too. The Standard Model of particle physics, which describes the actions of almost all known particles and forces, leaves out gravity. While light is carried by a particle called a photon, physicists have no idea if there is an equivalent particle for gravity, which would be called a graviton.

Bringing gravity together in a theoretical framework with quantum mechanics, the other major discovery of the 20th-century physics community, remains an unfinished task. Such a theory of everything, as it’s known, might never be realized.

But gravity has still been used to uncover monumental findings. In the 1960s and 70s, astronomers Vera Rubin and Kent Ford showed that stars at the edges of galaxies were orbiting faster than should be possible. It was almost as if some unseen mass was tugging on them gravitationally, bringing to light a material that we now call dark matter.

In recent years, scientists have also managed to capture another consequence of Einstein’s relativity — gravitational waves emitted when massive objects like neutron stars and black holes rotate around one another. Since 2017, the Laser Interferometer Gravitational-Wave Observatory (LIGO) has opened up a new window to the universe by detecting the exceedingly faint signal of such events.