Monstrous ‘murder hornets’ have reached the US

Native to Asia, the giant insects rip off the heads of honeybees by the thousands. 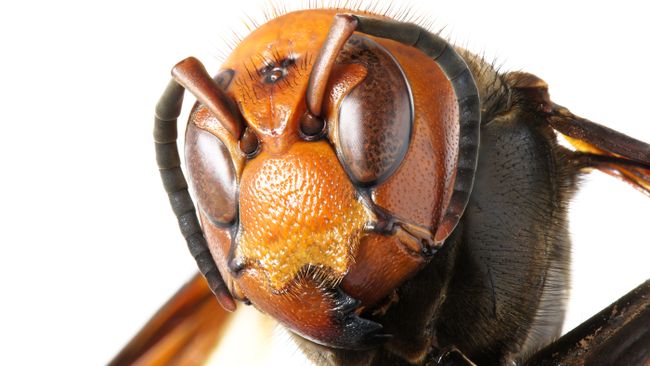 Massive, deadly hornets affectionately known as “murder hornets” “hornets from hell” and “yak-killer hornets,” have been spotted in the U.S. for the first time.

These Asian giant hornets (Vespa mandarinia) are the size of your thumb; they’re orange-headed and orange-striped; and they’re extremely pointy at the back end. The hornets, which were detected in Washington state, prey on bees and are known for ripping the heads off honeybees by the thousands, The New York Times reported on May 2. Enormous curved stingers and powerful venom make the hornets uniquely dangerous to humans, and their stings are responsible for as many as 50 deaths in Japan each year, mostly due to allergic reactions to the venom, according to the Times.

V. mandarinia is native to forests and low-altitude mountains in eastern and southeastern Asia, but troubling evidence suggests that the hornet is beginning to make some headway in North America. Now entomologists are racing against the clock to learn how widespread the invaders are in the U.S., and to isolate and destroy invasive populations before the hornets become so numerous that they settle in for good, the Times reported.

The Washington State Department of Agriculture (WSDA) verified two sightings of Asian giant hornets in early December 2019, Washington State University (WSU) Insider reported on April 6. WSDA received two more accounts describing the invasive insects, but those remain unconfirmed. No one knows how the hornets arrived in the U.S., but they may have been introduced as other types of invasive insects have: They were deliberately released, or transported here as unseen stowaways in international cargo, WSU representatives said in a statement.

Hornets are large members of the wasp family, and Asian giant hornets are the biggest hornets in the world, according to Animal Diversity Web (ADW), a database maintained by the University of Michigan’s Museum of Zoology. Queens can grow to be 2 inches (5 centimeters) in length, with a wingspan of more than 3 inches (8 cm), while female workers and males are somewhat smaller, with body lengths of about 1 to 1.5 inches (3.5 to 3.9 cm).

Only the females of the species have stingers, which can measure up to 0.2 inches (6 millimeters) long; the stingers can be used repeatedly; and they deliver a toxin that is “considerably venomous,” ADW says. The pain from their sting is significant, “like a hot nail through my leg,” Masato Ono, an entomologist at Tamagawa University near Tokyo, told National Geographic in 2002.

These so-called killer hornets made headlines worldwide in 2013, when a series of attacks in China injured hundreds of people and killed 28, mostly in Shaanxi province, Live Science previously reported.

However, not all people shy away from the hornets. In some Japanese mountain villages, the hornets are considered a delicacy when deep fried, according to the BBC.

European honeybees have the most to fear from this deadly predator. V. mandarinia are social hornets, and they are the only known wasp species to coordinate attacks on bee colonies, which they carry out with deadly precision.

Attacks on beehives happen in three phases, ADW says. First, the hornets hunt individual bees from a hive that has been chemically marked by one of their sisters. The hornets rip the bees to pieces, carrying the dismembered bits back to their own hive and feeding them to hornet larvae.

Next is the slaughter phase, when dozens of hornets attack the hive and massacre tens of thousands of bees.

Finally, the hornets move into the defeated hive. They chew up the abandoned bee larvae and pupae into a bee-brood paste, which the hornets also feed to their own young. During this stage, the hornets are especially aggressive and may attack animals and humans that are unfortunate enough to wander too close to the occupied beehive, WSU says.

Japanese honeybees are the only bee species with special brain cells that allow them to collectively thermoregulate just enough heat to kill the hornets without hurting themselves, Live Science previously reported.

Giant hornets from Asia made their first forays into North America in Canada, with sightings of three V. mandarinia hornets reported on British Columbia’s Vancouver Island in mid-August 2019, according to British Columbia’s Ministry of Agriculture. The agency issued a pest alert for the invasive hornets in September 2019, warning that more hornets might be seen in the spring when queens emerge from hibernation and establish their annual nests.

Conditions in the Pacific Northwest are just right for Asian giant hornets, according to a fact sheet issued by WSU. Should the Asian giant hornet become established in the U.S., its impact on native bee populations would be “severe enough to cause significant disruptions,” WSU associate professor Timothy Lawrence said in a statement.