By Laura Geggel – Associate Editor a day ago

The tours explain the ancient hieroglyphics, including those detailing the “opening of the mouth” ceremony. 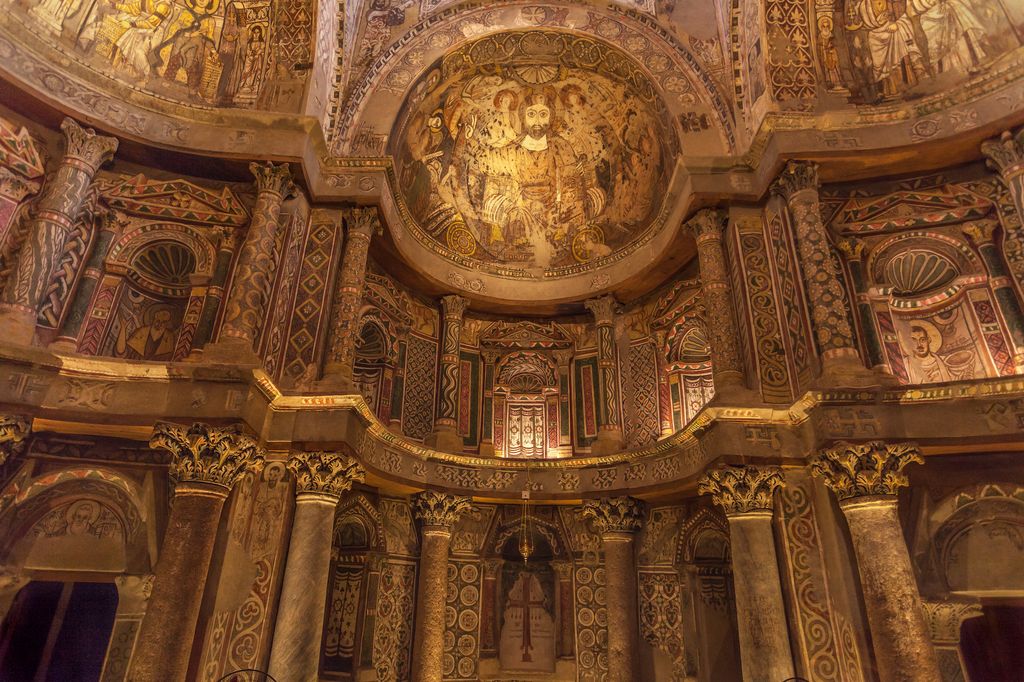 The richly decorated sanctuary in the Red Monastery at Sohag in Egypt.
(Image: © Shutterstock)

Virtual tours of a handful of Egypt’s archaeological marvels — including the ancient Tomb of Queen Meresankh III and the fourth century Red Monastery — are now available. So if you’re looking for a great way to “explore” while stuck at home during the COVID-19 pandemic, this might be the perfect option.

The 3D tours show the ancient Egyptian sites in stunning detail, allowing viewers to “walk through” different parts of the ruins, much like how the navigation on Google Street View works.

Egypt’s Ministry of Tourism and Antiquities began posting the tours online last week, as a way to share these wonders with people who are staying at home to help “flatten the curve” during the coronavirus pandemic, the Ministry announced in a statement on Facebook.

Here are links to the tours posted so far:

The tour of the Tomb of Menna, posted online April 3, features “one of the most visited and best preserved” of the elite tombs from the 18th Dynasty (1549 B.C to 1292 B.C.), the Ministry of Tourism and Antiquities wrote in the statement. The tomb, located in the Theban necropolis (modern-day Luxor) is known for its well-preserved paintings, according to the American Research Center in Egypt (ARCE).

Little is known about Menna, but his tomb offers clues about his life among Egypt’s upper crust. Titles found in his tomb suggest he was a scribe who also oversaw the pharaoh’s fields and the temple of Amun-Re, a form of the sun god, ARCE reported.

“From the scenes depicted in his tomb, we can see that Menna supervised delegations who measured the fields, brought defaulters to justice, inspected field work and recorded the yield of the crop,” Melinda Hartwig, ARCE president emeritus, wrote in the book “The Tomb Chapel of Menna (TT69): The Art, Culture, and Science of Painting in an Egyptian Tomb” (The American University in Cairo Press, 2013).

Menna’s wife, Henuttawy, appears with him in almost every scene in the tomb’s chapel. One of the scenes shows Menna’s heart being weighed against a feather in front of Osiris, the Egyptian god of the afterlife. “If Menna has done good deeds throughout his life and his heart is light, he will pass into the afterlife,” the virtual tour says.

The virtual tour of the Tomb of Queen Meresankh III, launched April 4, shows the resting place of the queen. She was the granddaughter of the pharaoh Khufu, who likely commissioned the Great Pyramid of Giza. Her husband was either Khafre or Menkaure, both of whom had the other Pyramids of Giza built.

This tomb shows carved and painted scenes of Queen Meresankh III and her royal family, as well as servants, artisans and funerary priests, according to the Giza Project at Harvard University.

The other tours show the Red Monastery, a Coptic Orthodox monastery named for its red brick walls, and the medieval Mosque-Madrassa of Sultan Barquq, built during the late 14th century.

All of these virtual tours “enable people worldwide to enjoy the ancient civilization during their home confinement,” as part of the measures “taken to fight coronavirus (Covid19),” the Ministry of Tourism and Antiquities wrote in a Facebook statement.