Why are children ‘missing’ from coronavirus outbreak cases? 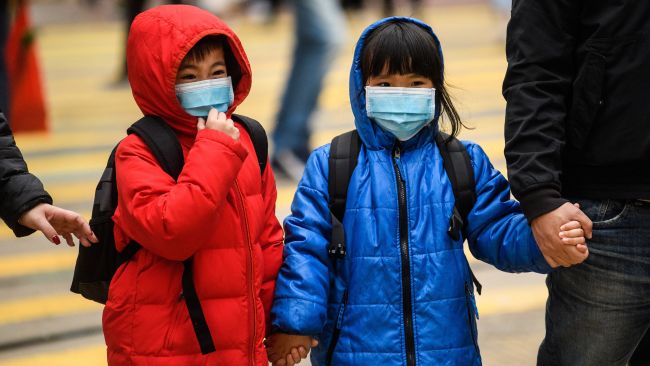 The outbreak of a new coronavirus in China has killed more than 900 people, but one group has escaped with minimal damage: children.

Youth can certainly contract the virus. Among the infected are at least two newborns, according to Chinese health officials. But few children are among those sick enough to be diagnosed with the coronavirus, according to an article published Feb. 5 in the Journal of the American Medical Association. According to the data analyzed in that article — and numbers are changing quickly as the outbreak evolves — the median age of patients skews older, between 49 and 56 years old.

It’s not entirely clear why children seem to be escaping the worst effects of the virus, dubbed 2019-nCoV. But a similar pattern holds for many infectious diseases, from the familiar, such as chickenpox and measles, to the newly emerged, including severe acute respiratory syndrome (SARS) and Middle East respiratory syndrome (MERS), doctors say.

“We don’t fully understand the phenomenon — it may be because of differences in the immune responses of children compared to adults,” Dr. Andrew Pavia, the chief of the Division of Pediatric Infectious Diseases at the University of Utah, told Live Science in an email. “One hypothesis is that the innate immune response, that is the early response that is aimed broadly at groups of pathogens, tends to be more active,” in children, he said.

The innate immune system is the first line of defense against pathogens. Cells in that system respond immediately to foreign invaders. (The adaptive immune system, by contrast, learns to recognize specific pathogens, but takes longer to join the battle.) If the innate immune response is stronger in children exposed to 2019 nCoV, they may fight off infection more readily than adults, suffering only mild symptoms.

Other coronaviruses, including SARS and MERS, also show this pattern, said Krys Johnson, an epidemiologist at the Temple University College of Public Health.

“The case we’re seeing with the [emerging] coronaviruses is not that the children are not having any symptoms at all, they’re actually having viral pneumonia,” Johnson told Live Science, referring to the presence of infected fluid in the lungs. “But because their immune systems are so robust, it doesn’t lay them out the way it would as an adult.”

Related: How does the new coronavirus compare with the flu?

Aging and the immune system

It’s hard to know for sure how many kids have contracted the new coronavirus, which emerged in Wuhan, China, in December. This uncertainty reflects both the rapidly changing information coming out of China as the outbreak continues and the fact that children with mild symptoms probably won’t be tested and confirmed to have the virus.

Two new case studies of 2019-nCoV, published Feb. 6 in the journal JAMA, found that cases requiring hospitalization had a median age of 56 for 138 patients admitted to Zhongnan Hospital in Wuhan between Jan. 1 and Jan. 28. A little more than half of those patients were men. A case study of 13 patients with the infection in Beijing included one 2-year-old and one 15-year-old. The authors of that case study, also published in JAMA, noted that most of the infected individuals were healthy young or middle-age adults, with only one patient older than 50.

Kids aren’t any less likely than adults to be exposed to respiratory ailments, Pavia said, so it seems most likely that they are catching the infection but recovering more easily than their parents and grandparents. There are other possible reasons beyond the strength of the innate immune system that could explain this resilience.

One is that kids might have healthier respiratory tracts because they’ve been exposed to less cigarette smoke and air pollution than adults, Pavia said. Another factor seems to be that kids are healthier in general, with fewer chronic health conditions, Johnson said. In both the SARS outbreak of 2003 and the MERS outbreak of 2012, adults with chronic health conditions were at a higher risk of death than adults without co-occurring conditions, she said. These conditions could include anything from diabetes to autoimmune disorders to cardiovascular disease, or even simple obesity.

Adults are also more susceptible to a detrimental immune response that causes a condition called acute respiratory distress syndrome (ARDS), said Dr. James Cherry, a professor of pediatrics and infectious diseases at UCLA’s Geffen School of Medicine. A complicated imbalance of immune cell activity sends inflammation in the lungs into overdrive, ultimately causing fluid to fill the alveoli, or air sacs, according to research published in the journal Annals of Translational Medicine. The red blood cells flow into these alveoli to pick up new oxygen. When they sacs flood, they stop working. The person can no longer breathe. Studies suggest that about 40% of people with ARDS die.

ARDS “was frequently fatal in adults with the SARS coronavirus,” Cherry told Live Science. “Whereas even though children [with SARS] had pneumonia, they didn’t get the immunologic complications that adults have.”