Tourism is down in the ancient city of Lopburi, and the local monkeys are going ape. 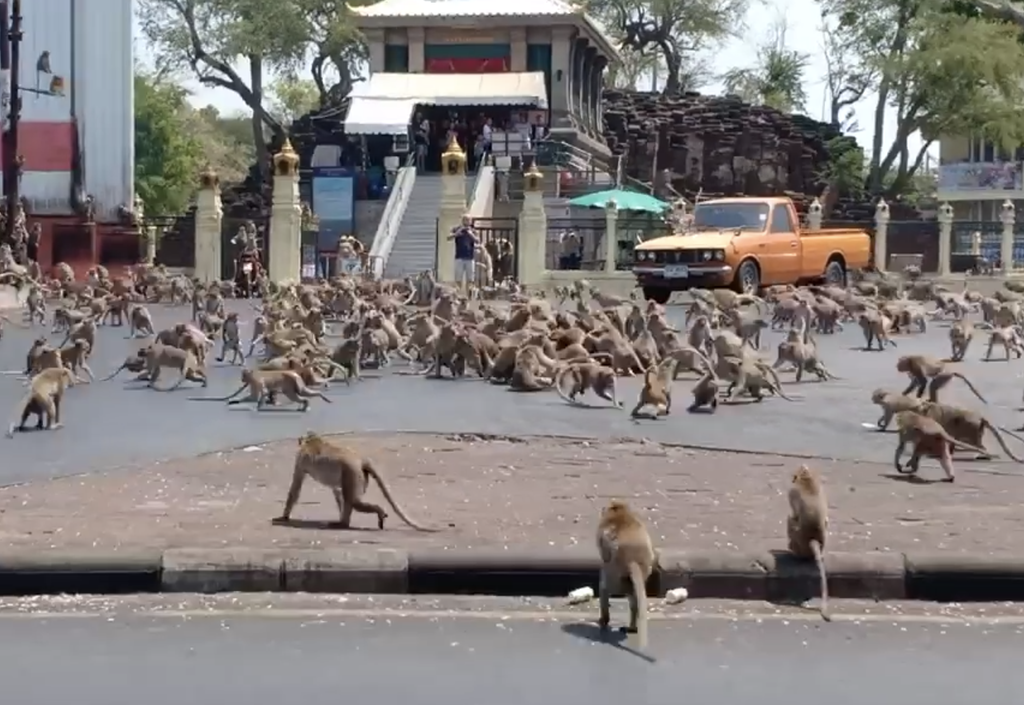 In one of the more unusual incidents being attributed to the new coronavirus outbreak, a turf war between dozens of street monkeys and temple monkeys broke out in Thailand’s historic city of Lopburi on Thursday (March 12). According to city residents, the furry fracas likely resulted from a sharp dip in tourism to the 800-year-old city — and thus a dip in free food offerings to thousands of local monkeys.

“It’s the summer so usually we see a lot of tourists, but now because of the outbreak there’s so few that the markets are very quiet,” Sasaluk Rattanachai, who posted a video of the brawl online, told Thai news site Khaosod English. “Not enough tourists come to leave food for the monkeys at [the temple].”

Thousands of crab-eating macaques (Macaca fascicularis) live in Lopburi and the nearby Phra Prang Sam Yot temple complex, which dates to the 13th century. Both groups are used to being fed human food by the hundreds of tourists who visit the site every day. The city even hosts an annual Monkey Buffet Festival, where visitors construct elaborate towers of fruits and vegetables for the temple monkeys to feast on.

But with tourism to the area down, even the macaques are feeling the squeeze. On Thursday, a gang of dozens of “invading” temple monkeys entered the town in search of food, eventually brawling in the street with the town’s local monkey population. What were they squabbling over? A single yogurt cup. The fight stopped traffic for 10 minutes as paws flew and screeches filled the air, Khaosod English reported.

“I haven’t seen a fight like this for many years that I can’t remember,” one local told the news site. “Normally, the fights involve five to 10 monkeys.”

By late in the day, city residents laid out additional food offerings at the temple, and the monkey crowd largely dispersed.

About 39 million tourists visited Thailand last year, according to the BBC. more than 10 million of those tourists were Chinese. Ongoing travel bans in China (and increasingly around the world) have seriously hampered Thailand’s tourism industry.