1st person in US gets experimental coronavirus vaccine

The vaccine was fast-tracked to human trials, but it will still be some time before it’s ready for public use. 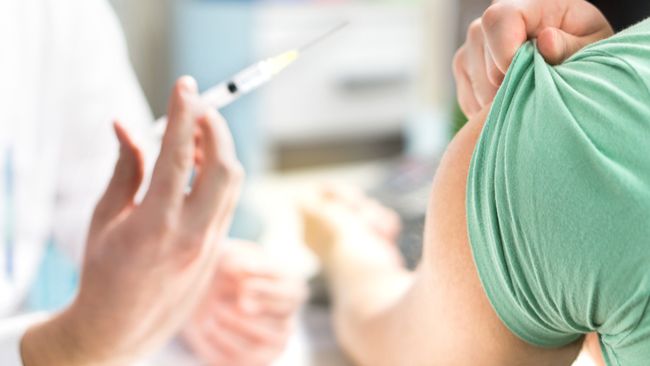 A healthy volunteer in Seattle is the first person in the U.S. to receive a dose of an experimental coronavirus vaccine as part of a new clinical trial, government health officials announced today (March 16).

Over the next six weeks, researchers plan to enroll 45 participants in the trial, which will test the safety of the vaccine as well as its ability to induce an immune response in the volunteers. The trial will take place at Kaiser Permanente Washington Health Research Institute (KPWHRI) in Seattle.

The National Institute of Allergy and Infectious Diseases (NIAID) allowed the new vaccine to be fast-tracked into clinical trials without thorough testing in animal models, which usually stands as a strict prerequisite to human testing. While making the jump to human trials could bring the vaccine to market faster, this is only step one.

New drugs must pass through three iterative phases of clinical trials before being deemed safe and effective for widespread use. Assuming the initial tests go well, it may be 12 to 18 months before any vaccine is ready for public use, NIAID Director Dr. Anthony Fauci told the House Oversight and Reform Committee on March 12.

“Finding a safe and effective vaccine to prevent infection with SARS-CoV-2 is an urgent public health priority,” Fauci said in a NIAID statement, published March 16. “This Phase 1 study, launched in record speed, is an important first step toward achieving that goal.”

The new vaccine is a collaboration between NIAID scientists and the biotechnology company Moderna Inc., based in Cambridge, Massachusetts.

The trial launched today is known as a “Phase 1 clinical trial,” meaning its main purpose is to provide information about how the vaccine interacts with a healthy human body, according to the U.S. Food and Drug Administration (FDA).

Phase 1 trials examine a small group of people, typically between 20 and 80 individuals, who receive different doses of an experimental treatment. Over the course of several months, researchers monitor how each volunteer metabolizes the given treatment and what common side effects emerge in response to different doses. The 45 volunteers in the new trial will receive varying doses of the new vaccine, called mRNA-1273, and be monitored over a 14-month period. Volunteers will receive two injections of the vaccine in the upper arm, with a 28-day gap between doses.

In addition to monitoring for side effects, the researchers will test whether the vaccine triggers an immune response by analyzing the volunteers’ blood for antibodies, according to ClinicalTrials.gov.

If the vaccine works as designed, the immune system should generate antibodies that grab hold of a characteristic protein found on the surface of the novel coronavirus SARS-CoV-2, according to a report by Kaiser Permanente, the health care company conducting the trial. Rather than introducing a dead or weakened virus into the body to prompt this reaction, as conventional vaccines do, the vaccine instructs cells to build the viral protein themselves using a molecule called messenger RNA (mRNA). Once utilized by the body, the mRNA should break down and be eliminated, leaving only protective antibodies behind.

Following the Phase 1 trial of the experimental vaccine, the drug must then be tested in larger groups of people and over longer periods of time, in Phase 2 and Phase 3 trials, according to the U.S. Centers for Disease Control and Prevention (CDC).

Phase 2 trials typically examine several hundred people and monitor participants for periods of from several months to two years. Primarily, Phase 2 trials serve as a secondary measure of safety and help researchers to refine the dosing of a particular medication. At this stage, researchers select participants with characteristics, such as age and physical health, that match those of the people who the vaccine is being developed for. (For example, although anyone can contract COVID-19, those of advanced age and those with chronic conditions are more likely to develop severe symptoms, so this could be a consideration in Phase 2 trials.)

Phase 3 trials typically follow 300 to 3,000 volunteers over the course of one to four years, according to the FDA. With a larger group of people, researchers can take note of unusual side effects of the drug, and by lengthening the study period, they can catch long-term side effects as they emerge. Phase 3 trials must demonstrate that a given drug provides the medical benefits it’s intended to; if this coronavirus vaccine passes that test, the FDA could approve the drug for widespread use.

Following approval by the FDA, drugs undergo Phase 4 clinical trials, otherwise known as “post-marketing surveillance trials.” Once a drug enters public use, researchers monitor several thousand volunteers to spot side effects not seen in earlier trials and to track how well the vaccine works over extended periods of time, according to the National Cancer Institute.

This coronavirus vaccine may or may not reach Phase 4 trials in the coming years, though, so far, limited studies in mice have shown promising results. In the meantime, research groups around the world will continue to develop alternate vaccines to combat the spread of COVID-19, according to The Associated Press.