Did she build it for war or peace? 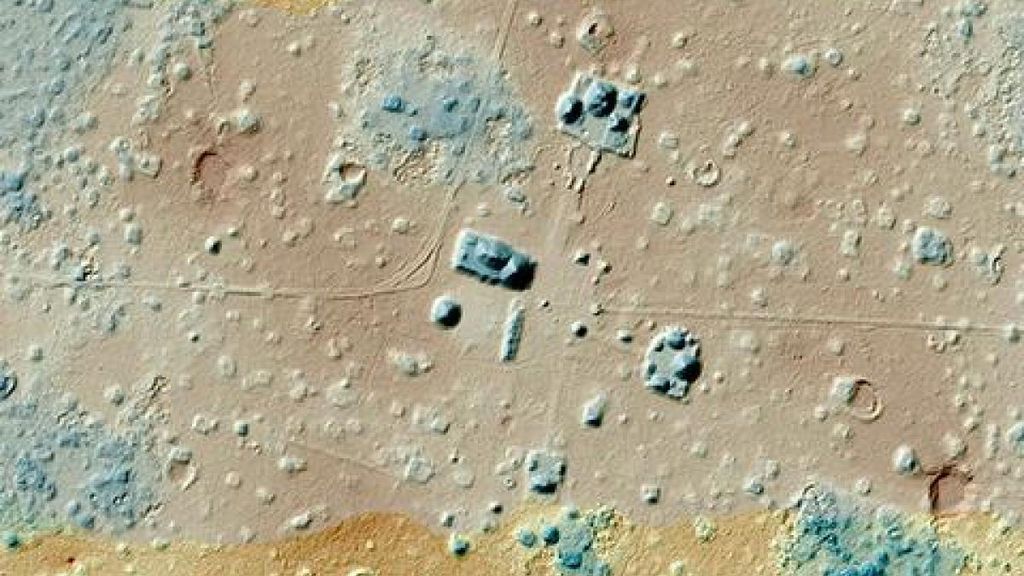 A ruthless Maya warrior queen may have ordered the building of an elaborate road more than 1,000 years ago to invade a distant city and to counter the rising power of another, archaeologists say.

They think the queen of the Maya city of Cobá, Lady K’awiil Ajaw, may have ordered the road’s construction around A.D. 680 so her armies could travel along it to conquer and take control of the city of Yaxuná, about 60 miles (100 kilometers) to the west, in what is now Mexico’s Yucatán Peninsula.

Lady K’awiil Ajaw was one of the most powerful and warlike rulers of ancient Cobá, and carved stone monuments show her standing over captives, says archaeologist Travis Stanton of the University of California, Riverside.

“Given the bellicose nature of her monuments,” she may have been the ruler who extended the road to control Yaxuná, Stanton said.

The road was raised above the surrounding countryside and paved with a plaster made from limestone, resulting in the name “sacbe” — “white road” in Mayan. The Maya built many such roads, but the sacbe between Cobá and Yaxuná is the longest of these, and it would have been a big investment in time and resources, said Traci Ardren, an archaeologist at the University of Miami.

“We tend to interpret them as activities which sort of proclaim the power of one polity, or at least, the alliance of some nature between the two polities,” Ardren said.

Stanton and Ardren are leading excavations of ancient settlements along the road between Cobá and Yaxuná. Most recently, they used lidar, or light detection and ranging, to survey the sacbe. By using lidar, which bounces hundreds of laser pulses off the landscape every second, the researchers were able to see beneath dense jungle canopies. The time it takes for each laser pulse to return to the source gives an estimate of the distance and can reveal the topography of a surface. Lidar equipment is often used from small aircraft to create a precise three-dimensional map of the landscape below.

In the 1930s, archaeologists from the Carnegie Institution for Science in Washington, D.C., traveled the length of the road and reported that it formed a straight line between Cobá and Yaxuná, Ardren told Live Science.

But the recent lidar surveys show the ancient road is not absolutely straight; in some places, it bends to pass through what would have been smaller settlements, she said. “The motivation for the road was not just to reach Yaxuná and control Yaxuná, but also to include and probably control these intervening settlements,” she said.

Ardren and Stanton have led expeditions to excavate several households of Maya families in Cobá and Yaxuná, and they plan to return this year to excavate family households at a smaller settlement near the center of the road.

They hope their archaeological research will reveal how life there may have changed after the road was built, she said.

Cobá’s invasion may have been caused by the growing power of yet another Maya city — that of Chichen Itza, about 15 miles (23 km) north of Yaxuná, Ardren explained.

Archaeological evidence suggests that Cobá began to decline in power after the reign of Lady K’awiil Ajaw, but Chichen Itza became more powerful in the centuries that followed, she said.

The invasion of Yaxuná may have been an attempt by Cobá to counteract the growing power of Chichen Itza, by establishing a stronghold in the center of the Yucatán Peninsula, she said.

“I think that there was a shift in how power was expressed and the ruling political ideology in that area of the peninsula of Yucatán,” she said.

It’s not known how long it took to build the road, or if it was built by volunteers — those are among the questions the archaeologists hope to answer with clues from their future excavations.

“You can think of one extreme, of Cobá coming in and forcing people to participate in the construction of this; or it may have been something that many of these communities were willing to participate in,” Stanton said. “It’s really difficult to know.”

Ardren and Stanton describe their lidar findings in the February issue of the Journal of Archaeological Science: Reports.