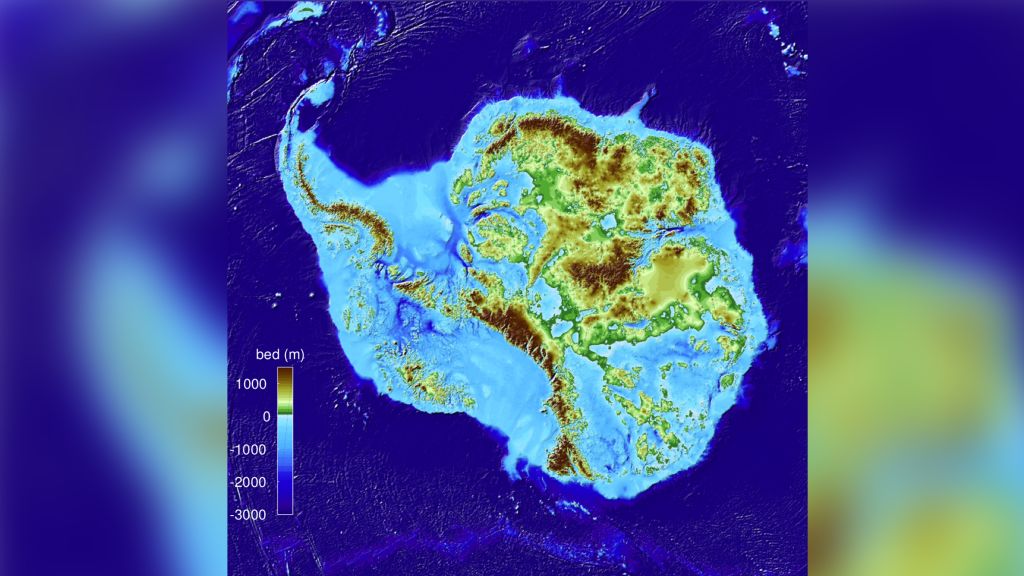 A new map of the mountains, valleys and canyons hidden under Antarctica‘s ice has revealed the deepest land on Earth, and will help forecast future ice loss.

The frozen southern continent can look pretty flat and featureless from above. But beneath the ice pack that’s accumulated over the eons, there’s an ancient continent, as textured as any other. And that texture turns out to be very important for predicting how and when ice will flow and which regions of ice are most vulnerable in a warming world. The new NASA map, called BedMachine Antarctica, mixes ice movement measurements, seismic measurements, radar and other data points to create the most detailed picture yet of Antarctica’s hidden features.

“Using BedMachine to zoom into particular sectors of Antarctica, you find essential details, such as bumps and hollows beneath the ice that may accelerate, slow down or even stop the retreat of glaciers,” Mathieu Morlighem, an Earth system scientist at the University of California, Irvine and the lead author of a new paper about the map, said in a statement.

The previously unknown features have “major implications for glacier response to climate change,” the authors wrote. “For example, glaciers flowing across the Transantarctic Mountains are protected by broad, stabilizing ridges.”

Understanding how ice flows in Antarctica becomes increasingly important as Earth warms. If all of Antarctica’s ice were to melt, it would raise global sea levels by 200 feet (60 meters), according to the National Snow and Ice Data Center. That isn’t likely anytime soon, but even if small fractions of the continent were to melt, it would have devastating global effects.

Included in the data is evidence for the deepest canyon on planet Earth. By studying how much ice flows through a particular, narrow region known as the Denman trough each year, the researchers realized it must dive at least 11,000 feet (3,500 meters) below sea level to accommodate all the frozen water volume. That’s far deeper than the Dead Sea, the lowest exposed region of land, which sits 432 meters (1,419 feet) below sea level, according to the Israel Oceanographic and Limnological Research center.

The map offers a wealth of new information on precisely which regions of the continent’s ice are at most risk of sliding into the ocean in the coming decades and centuries, the authors wrote.