By Chelsea Gohd – Space.com 3 days ago 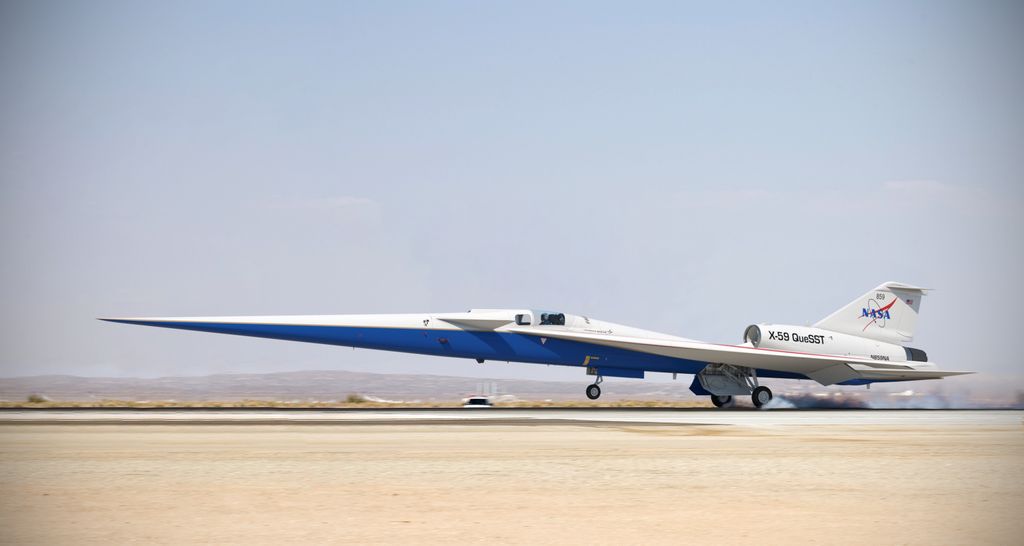 An illustration of the X-59 supersonic plane landing on a runway.
(Image: © Lockheed Martin)

NASA’s new experimental supersonic X-plane is on a fast track to flying.

The plane, officially named X-59 QueSST in 2018 and often referred to as just X-59, was greenlit for final assembly during a critical design review in 2019. With this plane, NASA aims to create an ultraquiet craft that can travel over land faster than the speed of sound.

In 2020, Lockheed Martin, which NASA commissioned to build the plane, plans to mate the aircraft and completely finish the building process by the end of the year, a company  representative told Space.com. “It’s moving very fast on the shop floor in terms of manufacturing and production,” the company said.

This follows a year of serious progress as the plane’s wings have been assembled at Lockheed Martin Skunk Works in Palmdale, California, and innovative systems for the craft continue to develop.

After the “mating of the aircraft and final assembly,” the representative said, “we’ll take the airframe to do some proof testing and get some other parts installed, do some test runs of the systems, and then roll it out.”

Once the plane is all together, it will take its first flight in 2021, the representative added.

But will a plane that travels at supersonic speeds, or faster than the speed of sound, really be quiet enough to avoid causing a major disturbance? According to the representative, the team behind the plane is confident that the craft will be ultrafast and ultraquiet.

“We’re very confident. All kinds of modeling simulations and predictions align, so we believe, based on these models and simulations we’ve run, that it will achieve that low-boom sound once it reaches supersonic speeds.”

To ensure that this is the case and that the plane not only works correctly and reaches these incredible speeds, but also remains quiet enough to not be a public nuisance, additional testing will follow the completion of the plane in 2020.

As the Lockheed Martin representative explained, building the plane is really only Phase 1 of the entire project. With Phase 2, further testing, certifications and acoustic (or sound) validation will occur. After that, in the third phase, community-response testing will ensure that, with a low-boom (a quiet sonic boom) demonstration, will validate how people respond to the craft flying overhead.

According to a NASA statement, in the community response testing, the team will “fly the X-plane over select U.S. communities to gather data on human responses to the low-boom flights and deliver that dataset to U.S. and international regulators.”