From Jesus’ Time: The 10 Most Interesting Biblical Discoveries of 2019 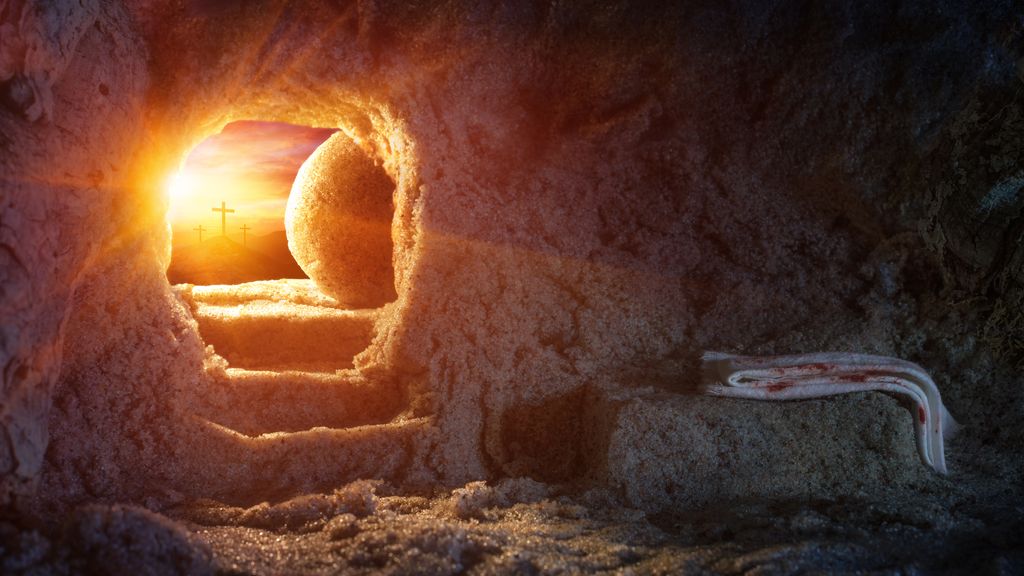 Israel and its neighbors are a rich archaeological ground. Hardly a month goes by without the excavation of some 2,000-year-old bit of human history. This past year was no exception. Archaeologists uncovered new mosaics, altars, churches and villages with ties to ancient Hebrew and Biblical texts. They also found new secrets in texts themselves. Read on for some of the most intriguing biblical discoveries of 2019.
An altar with a tale to tell 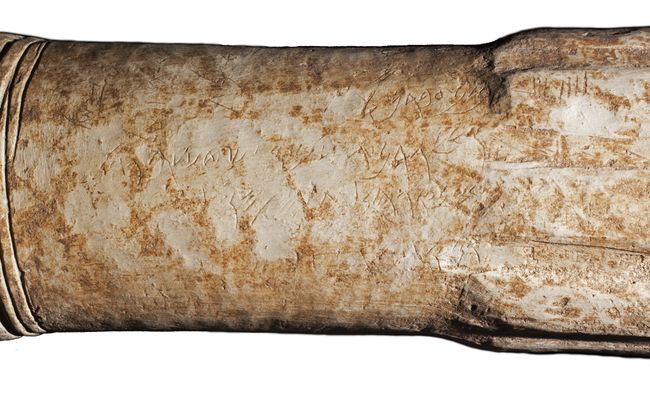 Image credit: Photo courtesy Adam Bean)
A stone altar discovered in Ataroth, Jordan, is etched with tantalizing clues about a rebellion that took place more than 2,800 years ago.

The rebellion is mentioned in the Hebrew Bible, which tells of an uprising by the kingdom of Moab against the kingdom of Israel. According to the Biblical tale, Moab had to pay Israel tribute in the form of lambs and wool. Then, the king of Moab, Mesha, grew frustrated with this arrangement and raised an army against the larger power. A stele, or inscribed stone, discovered in 1868 in Dhiban, Jordan, records that Mesha successfully conquered the Israeli-controlled city of Ataroth.
The altar, first excavated in 2010, was analyzed and its contents reported in the journal Levant this year. Its inscription — partly written in the Moab script — confirms that Mesha and his army did conquer Ataroth, mentioning the loot of bronze from the defeated city. Another portion of the inscription describes 4,000 foreign men “scattered and abandoned in great number” and mentions a “desolate” city.

Church of the Apostles? 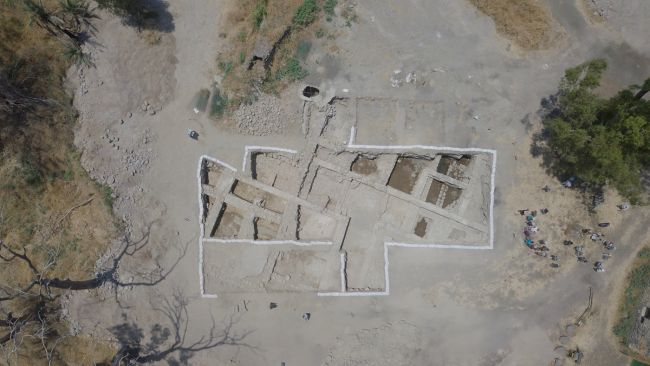 (Image credit: Zachary Wong)
A Byzantine-era church discovered in northern Israel may be a long-lost place of worship built above the home of the apostles Peter and Andrew.
The structure was discovered this year near the Sea of Galilee. It dates back about 1,400 years and still holds the remains of intricate mosaics and carved marble. Its discoverers believe that the church may be on the site of the Jewish fishing village of Bethsaida, the town where Jesus Christ is said in the Bible to have fed 5,000 people with five loaves of bread and two fish. If so, the church could be the legendary “Church of the Apostles,” which was built to honor two of Jesus’ original disciples, one of whom (Peter) would become the first leader of the early Christian church.

The claim, however, is disputed by other researchers, who argue that they’ve been excavating Bethsaida at a nearby site called et-Tell. Stay tuned for further excavations that might settle the debate.

Origin of the Philistines 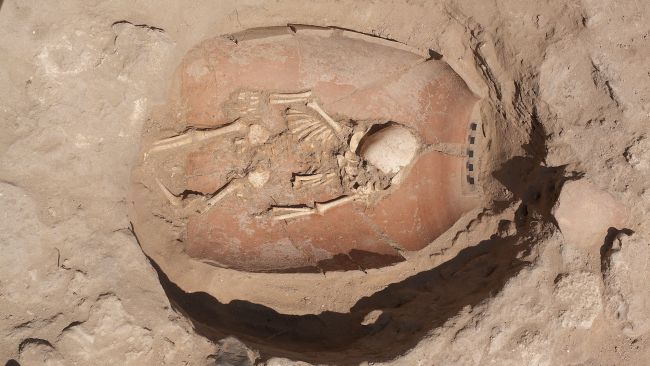 One of the most intriguing Biblical discoveries of 2019 occurred not in desert sands, but in the DNA of ancient individuals buried at a Philistine archaeological site.

The DNA analysis suggests that the Philistines descended from people who migrated to the Levant (an area encompassing the eastern Mediterranean) from Greece, Sardinia or the Iberian Peninsula some 3,000 years ago.

The Philistines are a people repeatedly mentioned in the Hebrew Bible and also in the writings of ancient Egyptians. These texts led archaeologists to the city of Ashkelon, in what is today Israel, where they found artifacts reminiscent of those seen in Bronze Age Greece. The new genetic analysis cements those ties, 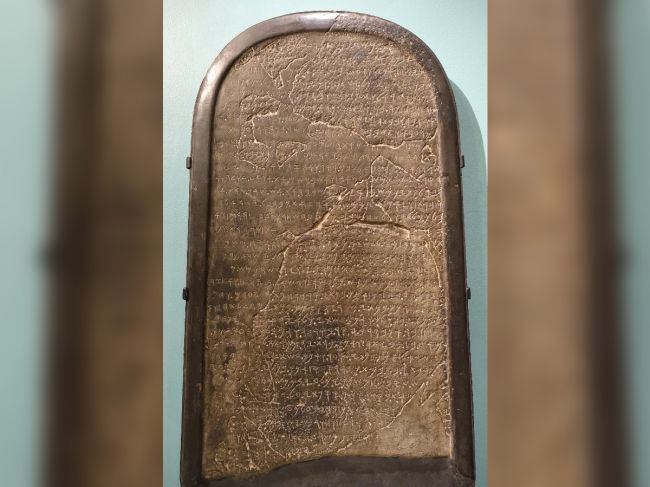 Remember that stele from Dhiban, Jordan, that told the tale of King Mesha defeating the Israelites at Ataroth? Well, that same stele was at the center of another Biblical controversy in 2019: Does its inscription confirm the existence of a Moab king named Balak?

Balak gets a mention in the Hebrew Bible’s Book of Numbers, but there hasn’t been any non-Biblical confirmation that he existed. This year, researchers at Tel Aviv University in Israel tried to decipher some of the hard-to-read portions of the Mesha stele (which is broken and held at the Louvre in France) using a rubbing of the stele that was created before it was broken. They concluded that one fragment contained a B, which may stand for Balak … or for something completely different.

“We can read one letter, b, which they’re guessing may be filled out as Balak, even though the following letters are missing,” Ronald Hendel, a professor of the Hebrew Bible and Jewish Studies at the University of California, Berkeley, who was not involved in the study, told Live Science. “It’s just a guess. It could be Bilbo or Barack, for all we know.”

A village with ties to Jesus’ crucifixion