New coronavirus from China: Everything you need to know

By Yasemin Saplakoglu – Staff Writer, Jeanna Bryner – Live Science Editor-in-Chief 3 hours ago
Here’s a look at what you need to know about the new virus. 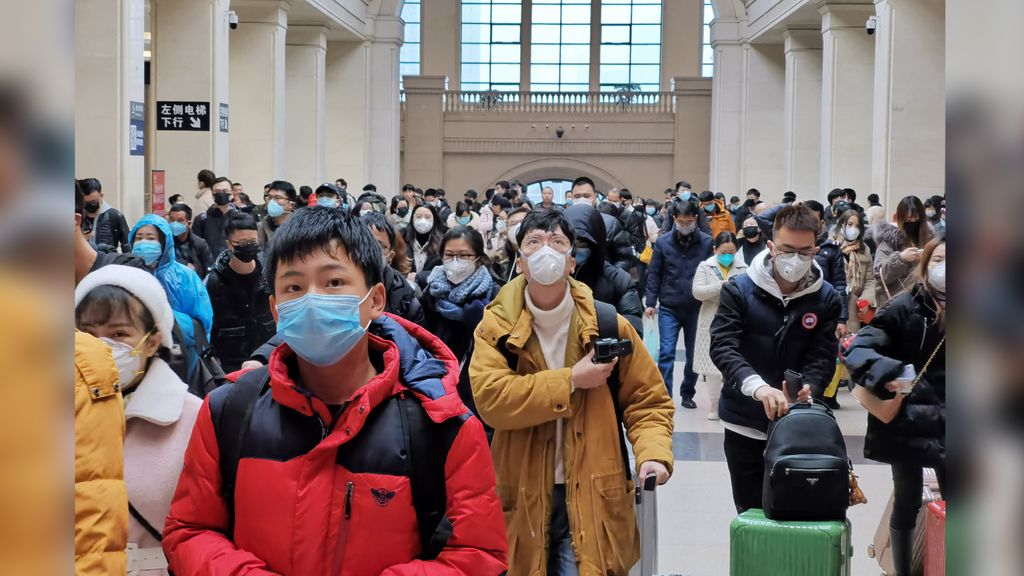 A newly identified coronavirus has been spreading in China, and has now reached several other countries. As the number of confirmed cases and deaths continue to rise, health officials are working on all fronts to learn more about the virus and put measure into place to curtail its spread. Here’s a look at what you need to know about the virus, now called 2019-nCoV.

What is a coronavirus?

Coronaviruses are a large family of viruses that can cause respiratory illnesses such as the common cold, according to the Centers for Disease Control and Prevention (CDC). Most people get infected with coronaviruses at one point in their lives, but symptoms are typically mild to moderate. In some cases, the viruses can cause lower-respiratory tract illnesses such as pneumonia and bronchitis.

How many people have the new virus?

As of Jan. 24, there are more than 830 confirmed cases and 26 deaths linked to the 2019-nCoV virus in China, according to The Washington Post.

How far has the virus spread?

The first cases of the pneumonia-like virus were reported in Wuhan, China on Dec. 31, 2019. Since then, the virus has spread to various other countries, including Thailand, Japan, the Republic of Korea and the United States.

The CDC is also investigating more than 60 people in 22 states for a possible infection with the new virus, officials said Friday (Jan. 24). Eleven of those people have so far tested negative for the virus.

Where did the virus come from?

Since the virus first popped up in Wuhan in people who had visited a local seafood and animal market, officials could only say it likely hopped from an animal to humans. In a new study, however, researchers sequenced the genes of 2019-nCoV (as the virus is now called), and then they compared it with the genetic sequences of more than 200 coronaviruses that infect various animals around the world. Their results, detailed in the Journal of Medical Virology, suggested that 2019-nCoV likely originated in snakes.

As for what kind of snake, the scientists noted there are two snakes that are common to southeastern China where the outbreak originated: the many-banded krait (Bungarus multicinctus) and the Chinese cobra (Naja atra).

However, some experts have criticized the study, saying it’s unclear if coronaviruses can indeed infect snakes.

How did the virus hop from animals to humans?

Some viruses are known to become capable of transmitting to humans, and this coronavirus is one of those. But how? The study published in the Journal of Medical Virology, revealing the likely snake host, also found that a change to one of the viral proteins in 2019-nCoV allows the virus to recognize and bind to receptors on certain host cells. This ability is a critical step to entering cells, and the researchers said that the change in this particular protein may have helped the virus hop to humans.

Can the virus spread between people?

Yes, in limited cases, according to the CDC, but the primary mode of transmission seems to be from animal to human. In terms of how one would catch the virus, the CDC says that human coronaviruses are most commonly spread between an infected person and others via:

—the air (from viral particles from a cough or sneeze);

—an object or surface with viral particles on it (then touching your mouth, nose or eyes before washing your hands);

—and rarely from fecal contamination.

How would this virus cause a pandemic?

In order for this virus, or any, to lead to a pandemic in humans, it needs to do three things: efficiently infect humans, replicate in humans and then spread easily among humans, Live Science previously reported. Right now, the CDC is saying this virus passes between humans in a limited manner, but they are still investigating.

How does the virus compare to SARS and MERS?

MERS and SARS have both been known to cause severe symptoms in people. It’s unclear how the new coronavirus will compare in severity, as it has caused severe symptoms and death in some patients while causing only mild illness in others, according to the CDC. All three of the coronaviruses can be transmitted between humans through close contact.

MERS, which was transmitted from touching infected camels or consuming their meat or milk, was first reported in 2012 in Saudi Arabia and has mostly been contained in the Arabian Peninsula, according to NPR. SARS was first reported in 2002 in southern China (no new cases have been reported since 2004) and is thought to have spread from bats that infected civets. The new coronavirus was likely transmitted from touching or eating an infected animal in Wuhan.

During the SARS outbreak, the virus killed about 1 in 10 people who were infected. The death rate from 2019-nCoV isn’t yet known, although most of the patients who have died from the infection have been older than 60 and have had preexisting conditions. However, more recently, a young healthy man died in Wuhan, raising concern that the virus might be more dangerous than thought, according to The Washington Post.

What are the symptoms of the new coronavirus and how do you treat it?

Symptoms of the new coronavirus include fever, cough and difficulty breathing. These symptoms are similar to those caused by SARS, according to a recent study published in the journal The Lancet.

Despite sharing some symptoms that were similar to SARS, there “are some important differences,” such as the absence of upper respiratory tract symptoms like runny nose, sneezing and sore throat and intestinal symptoms like diarrhea, which affected 20% to 25% of SARS patients, lead author Bin Cao, from the China-Japan Friendship Hospital and the Capital Medical University, both in Beijing, said in a statement.

There are no specific treatments for coronavirus infections and most people will recover on their own, according to the CDC. So treatment involves rest and medication to relieve symptoms. A humidifier or hot shower can help to relieve a sore throat and cough. If you are mildly sick, you should drink a lot of fluids and rest but if you are worried about your symptoms, you should see a healthcare provider, they wrote. (This is advice for all coronaviruses, not specifically aimed toward the new virus).

There is no vaccine for the new coronavirus but researchers at the U.S. National Institutes of Health confirmed they were in preliminary stages of developing one. In addition, the drug company Regeneron announced that it is in the early stages of developing a treatment for this virus, according to NBC News.

What is being done to stop the spread of the coronavirus?