By Yasemin Saplakoglu – Staff Writer a day ago
The spectacular solar storms that paint the polar skies in beautiful greens and pinks have a darker side. 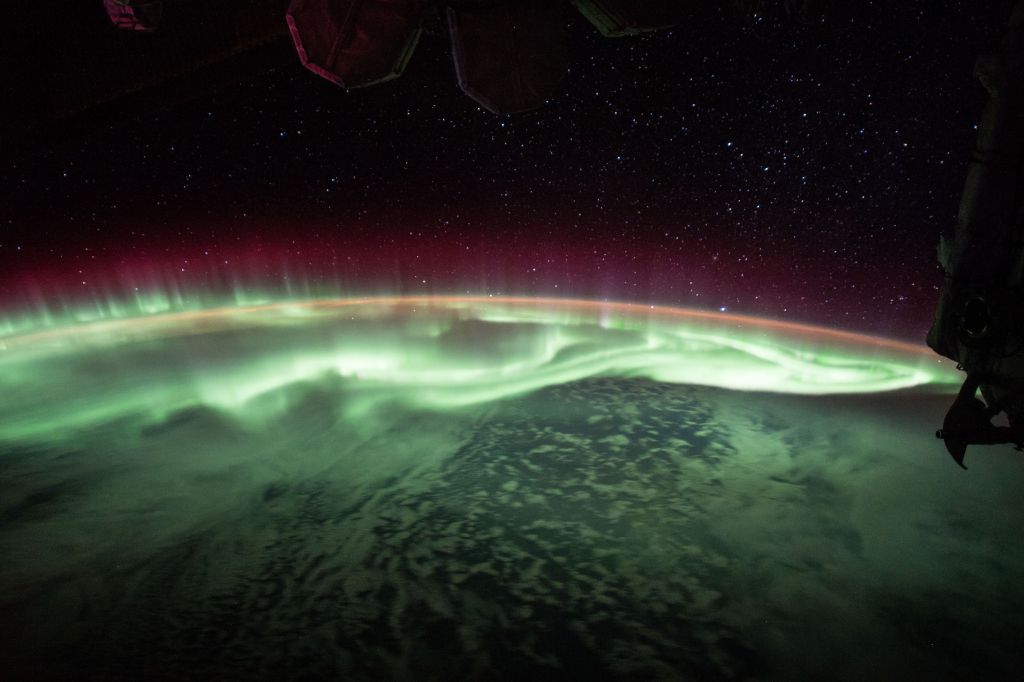 This aurora was captured on camera from the International Space Station in June 2017.
(Image: © NASA)

The spectacular solar storms that paint the polar skies in beautiful greens and pinks have a darker side: They have the power to wreak havoc on our electrical grid, communication systems and satellites. Now, a new study suggests that the source of these solar storms is much closer to our planet than previously thought.
Earth is shielded by a protective bubble known as the magnetosphere which blocks harmful solar radiation. But when the sun occasionally emits high-speed streams of radiation — and, with it, intense magnetic field lines — they can strongly interact with our planet’s own magnetic field.

As this solar wind hits the magnetosphere, the two sets of magnetic field lines become entangled. This interaction generates heat and accelerates the charged particles — ions and electrons— brought in by the solar wind, temporarily weakening the planet’s magnetic field and creating powerful magnetic storms that appear to us as auroras.

But because these storms are rare, and there aren’t enough satellites to observe them, it’s not clear exactly where and how this reconnection of magnetic field lines happened, the study’s researchers said in a statement.
To figure that out, the researchers used observations from NASA’s Time History of Events and Macroscale Interactions during Substorms (THEMIS) satellites. During solar storms, these satellites sit at Earth’s magnetotail — the part of the magnetosphere on the side of the planet not facing the sun — which becomes elongated by the solar wind. The researchers found that this magnetic reconnection — the event that sparks magnetic storms — can occur much closer to our planet than previously thought: about three to four Earth diameters away, according to the statement. 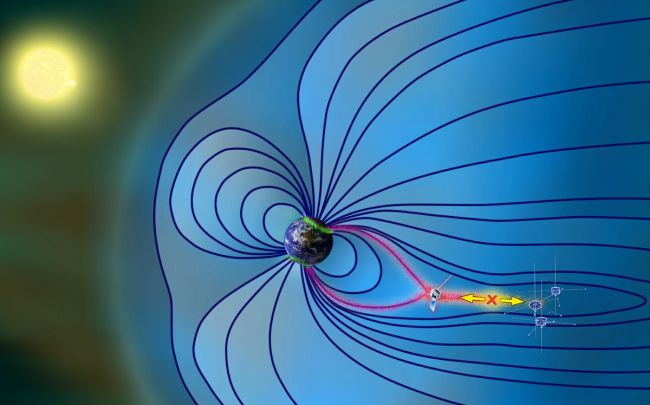 This artist’s illustration shows what happens in Earth’s magnetosphere during a magnetic storm. The three THEMIS satellites observed the reconnection of magnetic field lines close to the geosynchronous orbit. The reconnection site (X) created outflows of energized particles towards and away from the planet. The particles that went toward the planet carried energy along the magnetic field lines to power auroras at the planet’s poles and were detected by the a weather satellite (left of the arrow). (Image credit: Emmanuel Masongsong/UCLA)

What’s more, a weather satellite in a near-Earth orbit (or geosynchronous orbit) detected energized electrons following the storm, suggesting that the reconnection event prompted ions and electrons to accelerate to high energies. The electrons that flow toward the planet carry energy along magnetic field lines to create the auroras we see.
This acceleration can be hazardous to the hundreds of satellites moving in geosynchronous orbit and also can be harmful to human DNA, thereby posing a risk to astronauts, according to the statement.
Moreover, solar storms can impact Earth-dwellers in significant ways. In 1921, for example, a magnetic storm disrupted telegraph communications and caused power outages that led to the burning of a train station in New York City, according to the statement.
“By studying the magnetosphere, we improve our chances of dealing with the greatest hazard to humanity venturing into space: storms powered by the sun,” lead author Vassilis Angelopoulos, a professor of space physics at UCLA, said in the statement. These findings might help astronauts and Earth-dwellers to better prepare for dangerous solar weather.
The findings were published Jan. 13 in the journal Nature Physics.