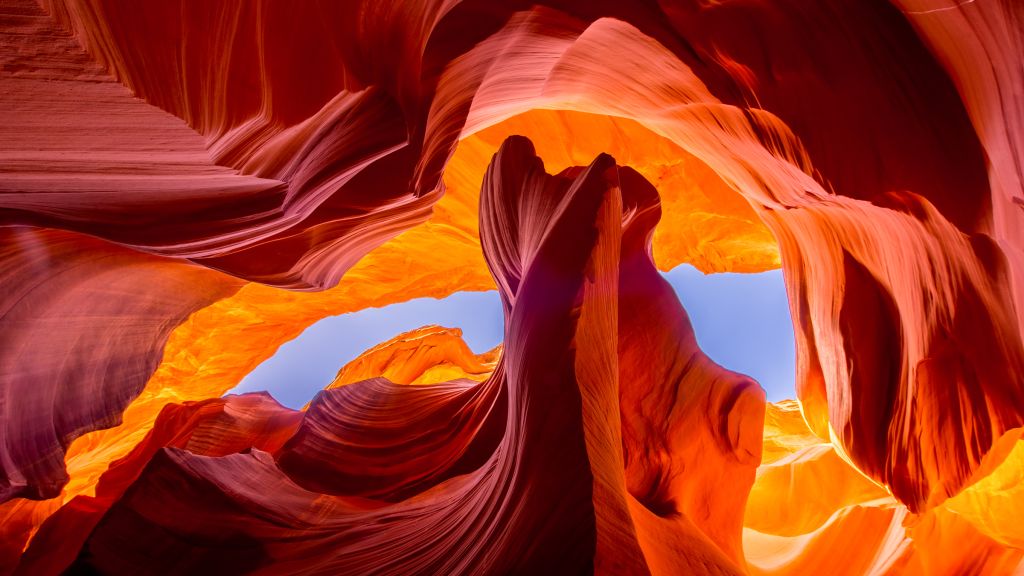 Glen Canyon National Recreation Area is located at the center of the Colorado Plateau and certainly ranks as one of the most beautiful and historically controversial areas under the guardianship of the National Park Service. When Glen Canyon Dam was completed in 1966, it backed up the water of the wild Colorado River to form magnificent Lake Powell, a reservoir capable of holding 24,322,000 acre feet of water. The waters of Lake Powell have created over 2,000 miles of shoreline along the Kayenta and Navajo Sandstone cliffs of Glen Canyon and resulted in the flooding of nearly 100 unique and beautiful side canyons.

The controversy concerning Glen Canyon Dam and Lake Powell began when the dam was first proposed in the early 1950s. Conservationists and environmentalists vehemently argued against the dam’s construction and the resulting flooding of beautiful Glen Canyon. Author Edward Abby championed the opposition to such dam construction and the inevitable destruction of the natural landscapes, archaeological ruins and historic sites in his famous 1968 book, “Desert Solitaire.” The proponents of the dam and lake won the political debates, resulting in the submerging of Glen Canyon, many side canyons and the creation of Lake Powell.

Glen Canyon National Recreation Area encompasses some 1.25 million acres (50,5857 hectares) of water and backcountry-related recreational areas. The recreational area stretches from the shores of historic Lees Ferry located below Glen Canyon Dam to the spectacular red cliffs of southern Utah — a distance of some 186 miles (299 kilometers). The land offers an endless display of dazzling vistas and endless geological phenomenon.

Horseshoe Bend is one of the unique geological phenomenon found within the Glen Canyon National Recreation Area. Located only 5 miles downstream from Glen Canyon Dam, Horseshoe Bend is, in geological terms, a horseshoe-shaped incised meander of the Colorado River. It is a classic and spectacular example of water following its natural path of least resistance.

The sheer cliff rock walls are made of dense Navajo sandstone and act as a natural barrier to the river flow, forcing the waters of the Colorado River to make a sharp turn and travel through softer rock. But Horseshoe Bend is not the only geological phenomenon in the area. Just a short 15 miles from the Lake Powell marinas is another spectacular geological treasure — a place simply known as Antelope Canyon.

Antelope Canyon is a slot canyon — a geological curiosity of tiny canyons formed when water seeps its way into fissures of the bedrock. Slot canyons are most common in desert areas. They are the result of many millennia of weather extremes. Antelope Canyon was thus formed over thousands of years of flash flooding of the intermittent creek running through it, wearing away the Navajo sandstone rock-face before emptying into the Colorado River and now into Lake Powell.

During the long periods of drought, windblown sand would polish the narrow slot walls into a striated, swirling finish. Antelope Canyon is famous for its ever-changing play of light upon its walls and the flowing sandfalls that cascade into the depths of the slot canyon.

From the surface of the Earth, the fissure that opens across the Navajo sandstone is narrow and not exceptional to view. But first views can be deceptive. In the depths of the canyon, the walls can be 15 to 20 feet (5 to 7 meters) apart like that shown above and the slot canyon itself can be a 100 feet (30 m) deep. Navajo sandstone of Antelope Canyon was formed by aeolian depositions — sediment deposited by activity of the wind. Such depositions at Antelope Canyon began around 191 million to 174 million years ago during the Jurassic period. Iron oxide deposits were mixed with the windblown sands, resulting in layer after layer of varying shades of orange and red.

Rainwater near Antelope Canyon collects in an extensive basin above the beginning of the slot section. As gravity draws it downward toward Lake Powell, it picks up speed and sands while rushing into the narrow passageways of Antelope Canyon. Such annual and continual scouring of Antelope Canyon’s walls mean the canyon is in constant flux, slowly changing after each flush of gushing water that passes through it. Unique shapes are formed within the slot canyon like the one shown above that is known as “the heart.”

Where Water Runs Through Rocks

The Navajo name for Lower Antelope Canyon is “Hasdestwazi,” meaning “spiral rock arches” and is sometimes called “The Corkscrew.” Entering the lower canyon requires a short walk over uneven rock surfaces, before descending a series of five sets of stairs, shown above. Because of the challenging stairs, Lower Antelope Canyon usually sees fewer tourists than the upper canyon. But the fact remains that both Upper Antelope Canyon and Lower Antelope Canyon are a part of a complex, multi-faceted ecosystem with multiple drainage streams that transport local moisture runoff into what is now Lake Powell.

2 thoughts on “Antelope Canyon Photos: Where Water Runs Through Rocks”