You’re Not Seeing Things, These Spider Butts Look Like Faces 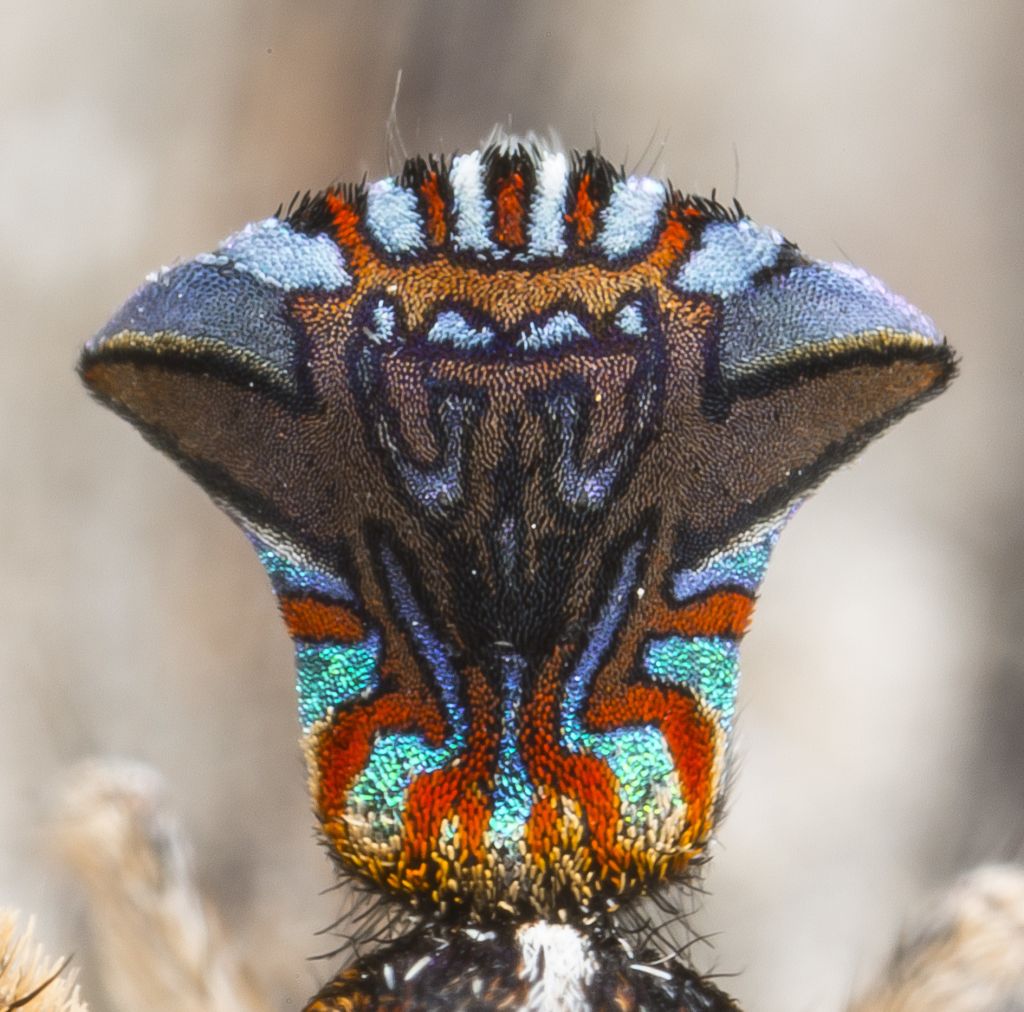 This design on the abdomen of a peacock spider resembles the face of a mantis. Do you see it?
(Image: © Jurgen Otto)

AUSTIN, Texas — Male peacock spiders have the ultimate challenge to contend with when it comes to mating: The much larger females would rather kill and eat the male than have sex with him. But the males might have a clever trick up their sleeve, or abdomen, rather.
New research presented here on Jan. 4 at the Society of Integrative and Comparative Biology meeting suggests that the intricate and colorful designs on the male’s abdomen make him look like a predator, which may stop the female from attacking and eating him and therefore give him a chance to mate.

Male peacock spiders (in the Maratus genus) are well-known for their elaborate courtship dance. The male hops around directly in front of a female, waving his fabulous butt in the air like he just don’t care. Some of these displays are particularly interesting because the designs on the males’ flipped-up abdomens look like the faces of their predators, such as moths and mantises. 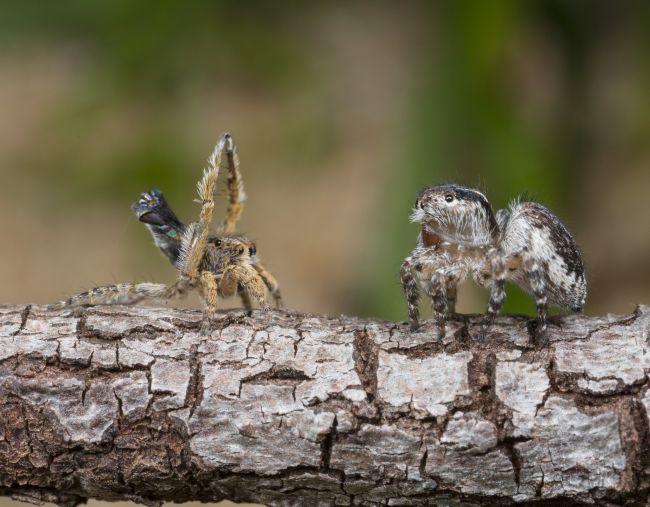 The natural response of these spiders when they see something scary, like a predator, is to freeze and closely watch the potential threat. So, male peacock spiders might be flipping up their flashy rears in front of a female to scare her stiff and stop her from eating him.
“Humans, however, are really excellent at seeing faces where there aren’t faces,” said Olivia Harris, a biologist at the University of Cincinnati and lead author on the study. To figure out if humans are seeing patterns that aren’t really there, Harris used machine learning to compare images of the spiders’ abdomens with images of the spiders’ predators.
The photos were taken by Jurgen Otto, an Australian scientist and photographer, who has created the most comprehensive collection of pictures of peacock spiders and information about the Maratus genus. After training the computer to distinguish between spiders and other invertebrates, Harris had the computer classify different images as either spider, mantis or moth. The machine did a pretty good job, reaching as high as 95% accuracy, she said; but the vast majority of the machine’s mistakes occurred because it misclassified the spider abdomen as a mantis or a moth. The abdomen designs of some of the spider species, such as Maratus aquilus, look so much like a mantis face that the computer never got it right and always categorized it as a mantis. 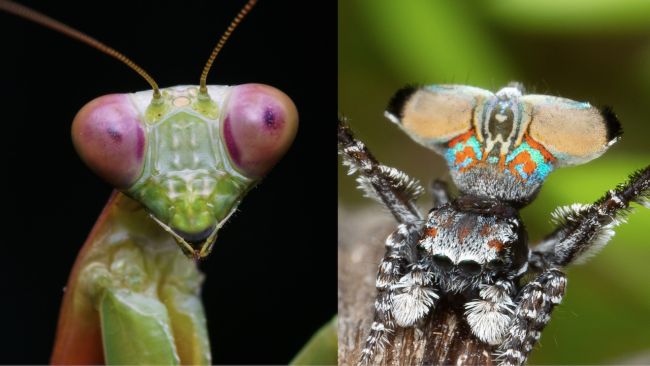 A mantis face (left) compared to the flipped-up abdomen of Maratus aqulius. The computer classified the abdomen of M. aquilus as a mantis face 100% of the time. (Image credit: Shutterstock (left), Jurgen Otto (right))
The male spiders may use their misleading abdomens to stop a female in her tracks, but “there has to be some moment when the male clues in the female or gets close enough that the female figures out [he’s] not something to be scared of,” Harris said. “That’s important because copulation for these spiders involves female involvement. There’s no forced copulation.” The male just needs the female to freeze and watch his display long enough to convince her that she likes it. That could be why, after startling the female, some males lift a leg on either side, slightly obscuring the image on his abdomen, as if signaling to the female, “But look, I’m actually a great male! Aren’t I pretty?”
“The [males] are always taking a risk, because the females are much larger and will totally eat him,” Harris said. So the next step in this research, she said, is to observe spider-mating behavior in the lab to determine if the males of peacock spider species that have predator-mimicking displays get attacked less often than the species that don’t.