Mystery of Weird Hum Heard Around the World Solved 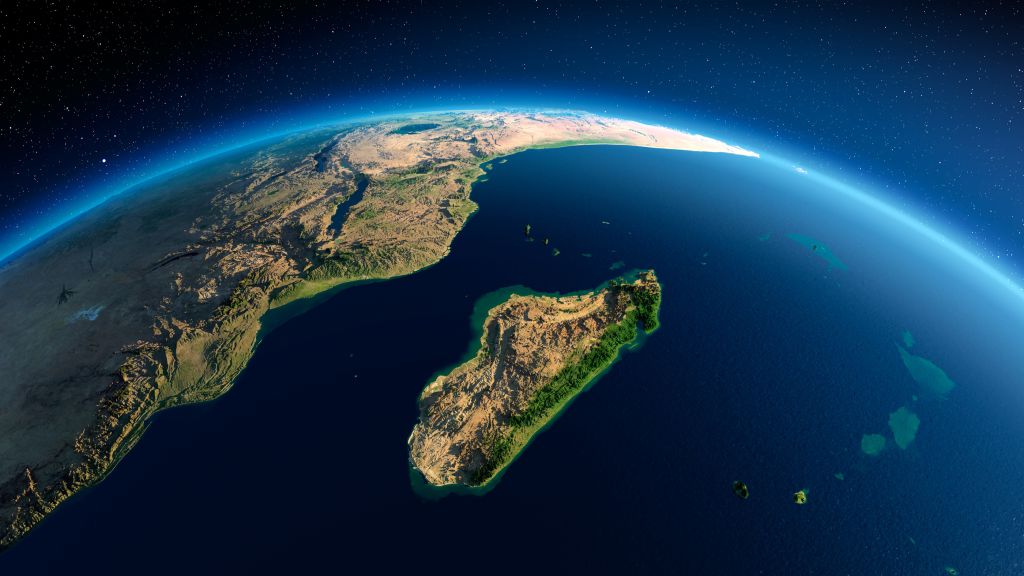 Mysterious seismic hums detected around the world were likely caused by an unusual geologic event — the rumblings of a magma-filled reservoir deep under the Indian Ocean, a new study finds.
These odd hums were an unconventional geologic birth announcement. A few months after the sounds rippled around the Earth, a new underwater volcano was born off the coast of the island of Mayotte, located between Madagascar and Mozambique in the Indian Ocean.

The new findings provide a detailed, one-year timeline of the newborn volcano’s birth, which would make any mother (in this case, Mother Earth) proud. The study details how magma from a reservoir about 20 miles (35 kilometers) under the ocean floor migrated upward, traveling through Earth’s crust until it reached the seafloor and created the new volcano.

“It took only [a] few weeks for the magma to propagate from the upper mantle to the seafloor, where a new submarine volcano was born,” study lead researcher Simone Cesca, a seismologist at the GFZ German Research Centre for Geosciences in Potsdam, Germany, told Live Science in an email. 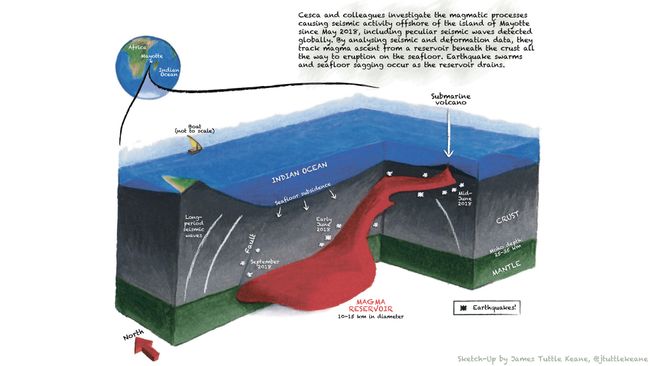 This illustration shows how magma in a reservoir deep underground ascended to form a submarine volcano in the Indian Ocean. (Image credit: James Tuttle Keane/Nature Geoscience (2020))
A volcano is born

The saga began in May 2018, when global earthquake-monitoring agencies detected thousands of earthquakes near Mayotte, including a magnitude-5.9 quake, the largest ever detected in the region. Then, in November 2018, seismologists recorded weird seismic hums, some lasting up to 40 minutes, buzzing around the world. To put it mildly, these mysterious hums “trigger[ed] the curiosity of the scientific community,” the researcherswrote in the study.
The researchers found more than 400 such signals, Cesca said.
In 2019, a French oceanographic mission showed that a new volcano had been born near Mayotte. It was huge, measuring about 3.1 miles (5 km) long and almost a half mile (0.8 km) high.
Other researchers have suggested that these mysterious hums were tied to the new volcano and possibly a shrinking underground magma chamber, given that Mayotte has sunk and moved several inches since the earthquakes began. However, that research has yet to be published in a peer-reviewed journal.

In the new study, the researchers used data gathered worldwide, as there wasn’t any local seismic data available from Mayotte. Their analyses show that two major stages led to the volcano’s birth. First, magma from a 9-mile-wide (15 km) reservoir flowed upward diagonally until it reached the seafloor, leading to a submarine eruption, Cesca said. As the magma moved, it “triggered energetic earthquakes along its path to the surface,” he said. “In fact, we reconstructed the upward migration of magma by following the upward migration of earthquakes.” 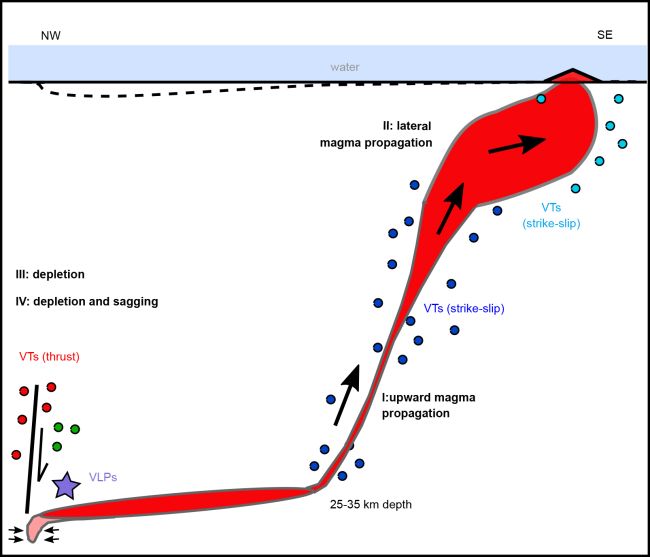 A sketch showing the deep magma reservoir and the magma highway that led to the new submarine volcano in the Indian Ocean. (Image credit: Cesca et al. 2019, Nature Geoscience)
In the next stage, the magma path became a highway of sorts, allowing magma to flow out of the reservoir to the seafloor, where it built the volcano. As the reservoir drained, Mayotte sank almost 8 inches (20 centimeters). It also caused the area above the reservoir, called the overburden, to weaken and sag, creating small faults and fractures there. When earthquakes related to the volcano and tectonic plates shook this particular area above the reservoir, they triggered “the resonance of the deep reservoir and generate[d] the peculiar, very long period signals,” Cesca said. In other words, those strange seismic hums.
Related: Photos: Hawaii’s New Underwater Volcano
In all, about 0.4 cubic miles (1.5 cubic km) of magma drained ont of the reservoir, the researchers calculated. However, given the vast size of the volcano, it’s likely that even more magma was involved, Cesca noted.
Although the volcano is now formed, earthquakes may still rattle the area.
“There are still possible hazards for the island of Mayotte today,” study senior researcher and head of the section Physics of Earthquakes and Volcanoes at the GFZ Torsten Dahm, said in a statement “The Earth’s crust above the deep reservoir could continue to collapse, triggering stronger earthquakes.”
The new study was published online Monday (Jan. 6) in the journal Nature Geoscience.