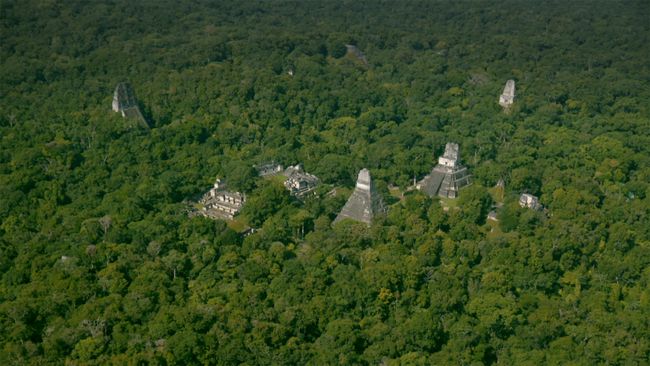 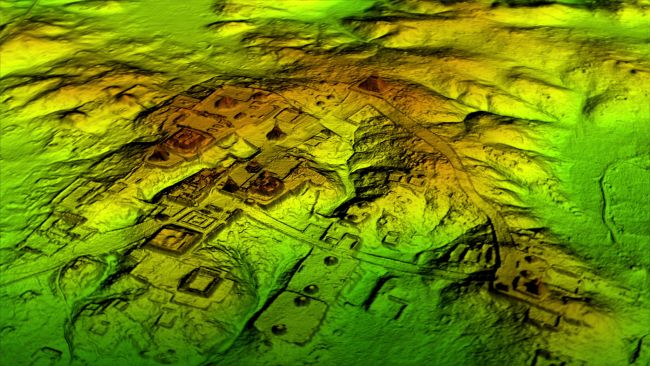 (Image credit: Wild Blue Media/National Geographic)
The same site appears in much greater detail in a LiDAR image. Roads and foundations become apparent. In the new LiDAR survey, researchers discovered 60,000 structures that had never been mapped before, some in very well-researched Maya sites. Others were spread far and wide through the jungle. 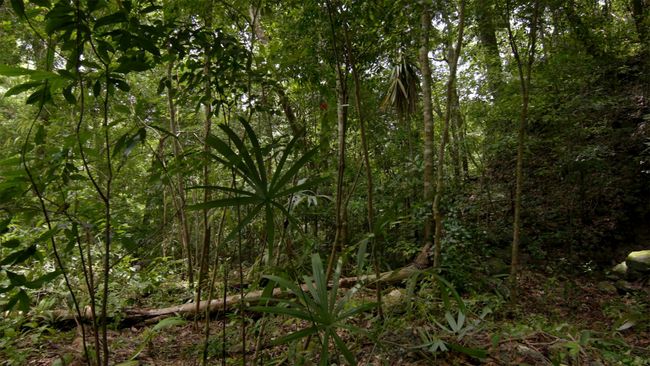 (Image credit: Wild Blue Media/National Geographic)
The dense Guatemalan jungle hides evidence of ancient Maya settlements. Archaeologists say it’s easy to walk within a few dozen feet of a structure and never even know it’s there. Wide-ranging LiDAR surveys can map in a few hours what would have taken archaeologists decades. 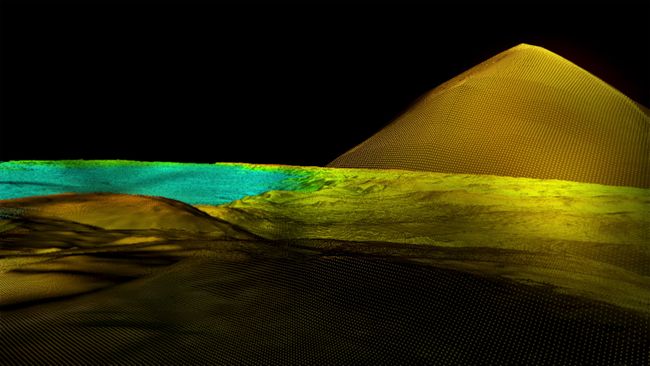 The new LiDAR survey provides a literal treasure map to lead researchers to new sites to excavate. Friedel and his team plan to spend the next three years investigating new features from the LiDAR survey in their study site, El Peru-Waka’ in northwestern Peten. 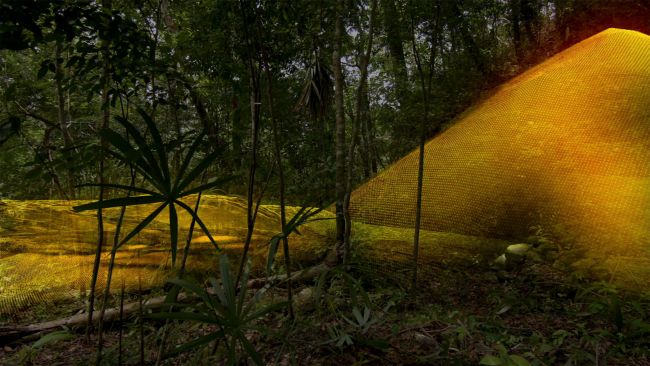 (Image credit: Wild Blue Media/National Geographic)
The jungle photograph and the LiDAR scan are superimposed in this image, showing how Maya structures can be hidden in plain site in the dense vegetation. Archaeologists first used LiDAR to survey Maya areas in Belize in 2009. It’s been “spectacularly successful,” said University of Colorado, Boulder, anthropologist Payson Sheets. “As of right now,” Sheets told Live Science, “only a teeny-tiny fraction of one percent of the Maya area has been covered in LiDAR, so the future is very bright.”
Living in the Landscape. 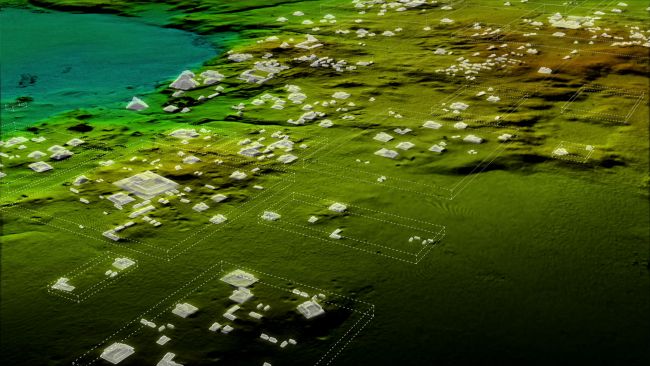 (Image credit: Wild Blue Media/National Geographic)
Maya structures are scattered across the jungle in this LiDAR image taken over northern Guatemala. The findings of the survey suggest that the population was far denser in the Maya lowlands than previously believed, according to survey archaeologist Tom Garrison. That’s a fascinating finding, said Maya expert Lisa Lucero of the University of Illinois, who was not involved in the project; today, slash-and-burn agriculture supports far fewer people, with far greater destruction. The ancient Maya were somehow managing the forests to support larger numbers of people, she said, and doing so in a more sustainable way.
Guatemala from Above 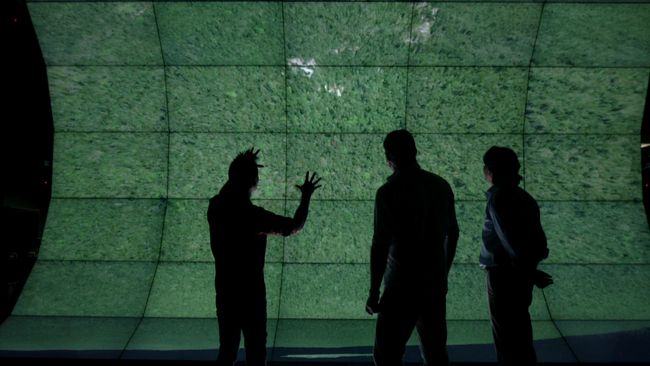 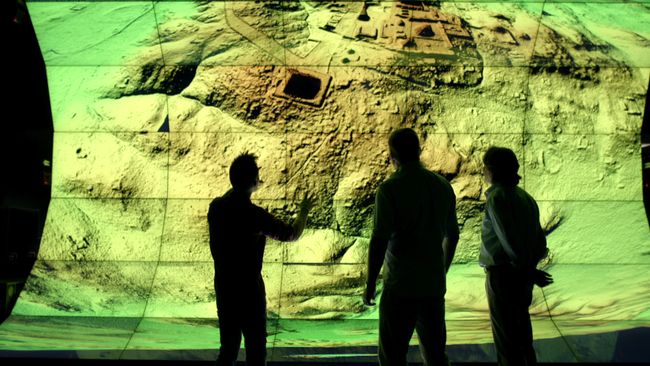 (Image credit: Wild Blue Media/National Geographic)
Albert Lin, Tom Garrison and Francisco Estrada-Belli look at the same scence through LiDAR, a view that reveals detailed topography and a whole host of structures swallowed by the Guatemalan jungle. Using LiDAR, Garrison and his colleagues discovered new fortifications near their study size of El Zotz in Guatemala. They hope to excavate the 30-foot (9 meter) wall in the coming field seasons.