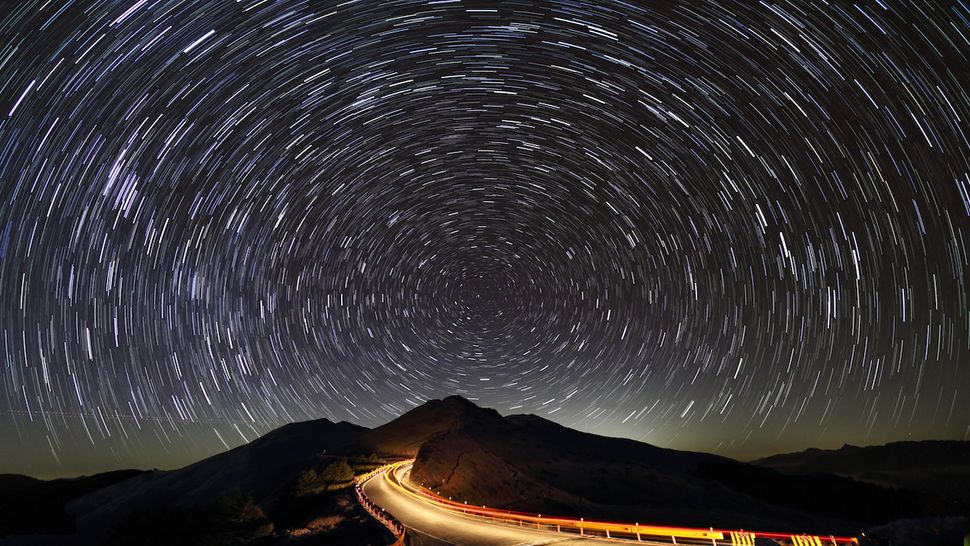 Space-time is the conceptual model that best explains how the universe works.
(Image: © Shutterstock)

The fabric of space-time is a conceptual model combining the three dimensions of space with the fourth dimension of time. According to the best of current physical theories, space-time explains the unusual relativistic effects that arise from traveling near the speed of light as well as the motion of massive objects in the universe.
Who discovered space-time?
The famous physicist Albert Einstein helped develop the idea of space-time as part of his theory of relativity. Prior to his pioneering work, scientists had two separate theories to explain physical phenomena: Isaac Newton’s laws of physics described the motion of massive objects, while James Clerk Maxwell’s electromagnetic models explained the properties of light, according to NASA.

Related: Newton’s Laws of Motion
But experiments conducted at the end of the 19th century suggested that there was something special about light. Measurements showed that light always traveled at the same speed, no matter what. And in 1898, the French physicist and mathematician Henri Poincaré speculated that the velocity of light might be an unsurpassable limit. Around that same time, other researchers were considering the possibility that objects changed in size and mass, depending on their speed.
Einstein pulled all of these ideas together in his 1905 theory of special relativity, which postulated that the speed of light was a constant. For this to be true, space and time had to be combined into a single framework that conspired to keep light’s speed the same for all observers. 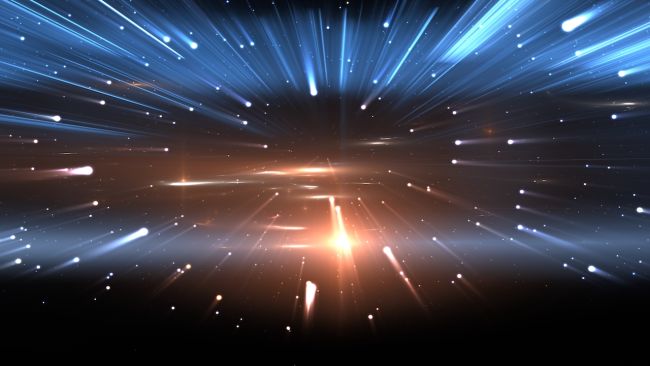 Einstein’s theory of special relativity posited that the speed of light was constant because light always travels at the same speed. (Image credit: Shutterstock)
A person in a superfast rocket will measure time to be moving slower and the lengths of objects to be shorter compared with a person traveling at a much slower speed. That’s because space and time are relative — they depend on an observer’s speed. But the speed of light is more fundamental than either.
The conclusion that space-time is a single fabric wasn’t one that Einstein reached by himself. That idea came from German mathematician Hermann Minkowski, who said in a 1908 colloquium, “Henceforth space by itself, and time by itself, are doomed to fade away into mere shadows, and only a kind of union of the two will preserve an independent reality.”
The space-time he described is still known as Minkowski space-time and serves as the backdrop of calculations in both relativity and quantum-field theory. The latter describes the dynamics of subatomic particles as fields, according to astrophysicist and science writer Ethan Siegel.

How space-time works
Nowadays, when people talk about space-time, they often describe it as resembling a sheet of rubber. This, too, comes from Einstein, who realized as he developed his theory of general relativity that the force of gravity was due to curves in the fabric of space-time.
Massive objects — like the Earth, sun or you — create distortions in space-time that cause it to bend. These curves, in turn, constrict the ways in which everything in the universe moves, because objects have to follow paths along this warped curvature. Motion due to gravity is actually motion along the twists and turns of space-time.
A NASA mission called Gravity Probe B (GP-B) measured the shape of the space-time vortex around the Earth in 2011 and found that it closely accords with Einstein’s predictions.
Related: Ripples in Space-Time Could Reveal the Shape of Wormholes
But much of this remains difficult for most people to wrap their heads around. Although we can discuss space-time as being similar to a sheet of rubber, the analogy eventually breaks down. A rubber sheet is two dimensional, while space-time is four dimensional. It’s not just warps in space that the sheet represents, but also warps in time. The complex equations used to account for all of this are tricky for even physicists to work with.
“Einstein made a beautiful machine, but he didn’t exactly leave us a user’s manual,” wrote astrophysicist Paul Sutter for Live Science’s sister site, Space.com. “Just to drive home the point, general relativity is so complex that when someone discovers a solution to the equations, they get the solution named after them and become semi-legendary in their own right.” 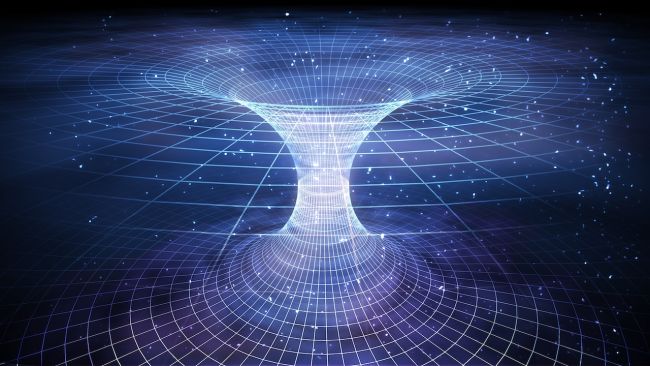 The simplest way to understand the fabric of space-time is to imagine a curved sheet of rubber that directs how everything in the universe moves. But the analogy isn’t entirely accurate because space-time has four dimensions, while a sheet of rubber only has two. (Image credit: Shutterstock)

What scientists still don’t know
Despite its intricacy, relativity remains the best way to account for the physical phenomena we know about. Yet scientists know that their models are incomplete because relativity is still not fully reconciled with quantum mechanics, which explains the properties of subatomic particles with extreme precision but does not incorporate the force of gravity.

Quantum mechanics rests on the fact that the tiny bits making up the universe are discrete, or quantized. So photons, the particles that make up light, are like little chunks of light that come in distinct packets.
Advertisement

Some theorists have speculated that perhaps space-time itself also comes in these quantized chunks, helping to bridge relativity and quantum mechanics. Researchers at the European Space Agency have proposed the Gamma-ray Astronomy International Laboratory for Quantum Exploration of Space-Time (GrailQuest) mission, which would fly around our planet and make ultra-accurate measurements of distant, powerful explosions called gamma-ray bursts that could reveal the up-close nature of space-time.
Such a mission wouldn’t launch for at least a decade and a half but, if it did, it would perhaps help solve some of the biggest mysteries remaining in physics.