By Laura Geggel – Associate Editor 3 days ago
The palace is still revealing its secrets to researchers. 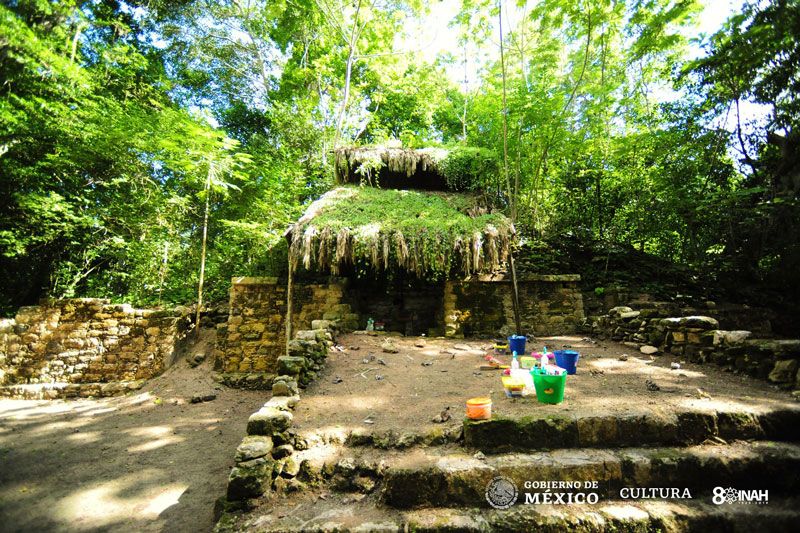 Archaeologists had some trees removed so that the palace excavation could go forward. Now, scientists may plant new trees to protect the delicate ruins.
(Image: © Mauricio Marat/INAH)

Archaeologists have found a Maya stone palace that dates to more than 1,000 years ago, according to the Mexican National Institute of Anthropology and History (INAH).
It’s likely that the Maya elite enjoyed the sturdy abode, INAH archaeologists said. Scientists have spent years excavating and restoring Maya structures surrounding the palace, which is located at the archaeological site of Kulubá, a landmark in northeast Yucatán just 100 miles (160 kilometers) west of Cancún.

But it was only recently that scientists had time to study the enigmatic palace and conclude that it was probably a building for only the posh upper echelons of society, the archaeologists said in a statement.

Related: Photos: Carvings Depict Maya Ballplayers in Action
The palace had six rooms and measures about 180 feet long, 50 feet wide and 20 feet tall (55 by 15 by 6 meters). Because it’s so big, restorers have a ways to go before the building is fully conserved. The palace would have been even grander back in the day, when it was part of a larger complex that included an altar, an oven and residential rooms, archaeologist Alfredo Barrera Rubio, one of the project’s leaders, said in a statement. The palace even has a staircase, he added.
An analysis of the palace indicates that people lived there at two different times: during the Late Classic period, from A.D. 600 to 900, and again during the Terminal Classic period, from A.D. 850 to 1050.
However, it appears that Kulubá didn’t remain independent for that entire time.
“It was in the Terminal Classic when Chichén Itzá, becoming a prominent metropolis in the northeast of present-day Yucatán, extended its influence over sites such as Kulubá,” Barrera said. Based on similar artifacts made out of ceramic and obsidian found in Chichén Itzá and Kulubá from the Terminal Classic, “we can infer that it [Kulubá] became an Itzá enclave,” he said. 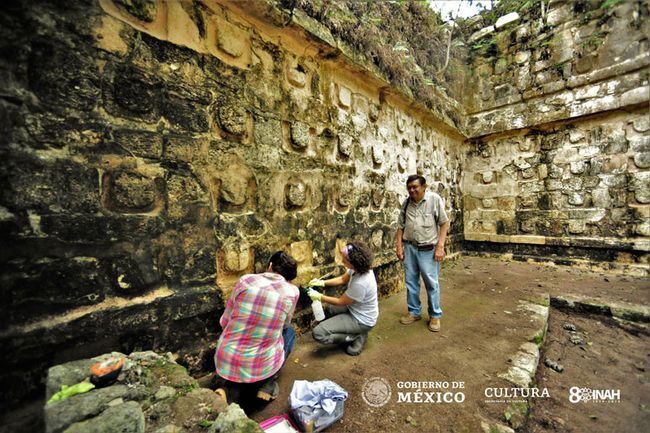 Archaeologists have confirmed that this stone building in Kulubá, in the Mexican state of Yucatán, is a palace dating to more than 1,000 years ago. (Image credit: Mauricio Marat/INAH)

“We know very little about the architectural characteristics of this region,” Barrera said in Spanish in a video about the discovery. “So one of our main objectives, as well as the protection and restoration of cultural heritage, is the study of the architecture of Kulubá.”
The palace also has a few secondary burials, meaning that people were buried there after their original burial, the archaeologists said. Future studies will shed light on the age, sex and medical conditions of these people, Barrera said.
The Maya civilization stretched from modern-day southern Mexico through Guatemala, Belize and Honduras. The culture is renowned for its massive pyramids, metalwork, irrigation systems and agriculture, as well as its complex hieroglyphics. However, no one knows why the civilization fizzled out between A.D. 800 and 1000. It’s possible that drought, and even deforestation, led to the Maya’s demise, research suggests.
For now, researchers intend to plant more trees around the palace to make up for the tree cover they removed during excavations at the site, The Guardian reported.
“One option which the site offers is using vegetation for conservation,” Natalia Tangarife, part of the conservation team, told The Guardian. “This would mean reforesting specific sites so that trees can provide protection from direct sunlight, wind and other elements, for those structures which still have some of the original paint colors.”
The state of Yucatán is funding the project.
In Photos: Hidden Maya Civilization
In Photos: Ancient Maya Carvings Exposed in Guatemala
Maya Mural Reveals Ancient ‘Photobomb’
Originally published on Live Science.