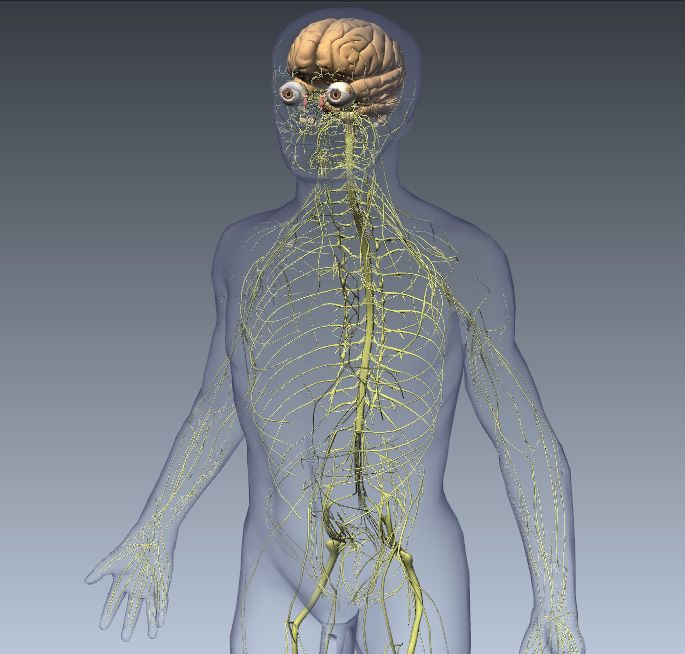 Named for the two French physicians who first detected it, Guillain-Barré syndrome (GBS) is a rare neurological disorder in which a person’s own immune system attacks the peripheral nervous system, the network of nerves found outside of the brain and spinal cord. (The disorder is pronounced ghee-yan bah-ray.)
Specifically, GBS damages the myelin sheath, a protective covering that surrounds the axons (or core) of nerve cells. This damage interferes with the transmission of nerve signals to the brain and the muscles may lose their ability to respond to the brain’s commands and function properly, according to the National Institute of Neurological Disorders and Stroke.

The nerve damage may cause rapidly progressive muscle weakness, numbness and tingling, a loss of reflexes, and sometimes paralysis. Classically, the symptoms of GBS begin in the legs and feet, and then the weakness and tingling ascends the body, spreading to the arms and fingers and affecting all four limbs simultaneously, said Dr. Ken Gorson, a professor of neurology at Tufts University School of Medicine in Boston and the chair of the Global Medicine Advisory Board of GBS/CIDP Foundation International, a patient education and advocacy group for the disorder. Symptoms can also first start in the arms and work their way down the body to the legs and feet, he said.
Sometimes GBS symptoms spread to the face, where they may affect the muscles involved in breathing, swallowing and speaking. GBS is estimated to affect about one or two in every 100,000 people each year, Gorson told Live Science.

Causes and risk factors
GBS can affect people at any age, but it tends to peak in people in their 40s and 50s, and men are slightly more likely to get the disorder than women, Gorson said.
Although the exact cause of GBS is unknown, about two-thirds of people affected by it have a preceding infection or immune stimulus, such as the flu or a stomach bug, in their medical history, Gorson said. GBS symptoms usually first appear within a few days or weeks after the infection occurs.
According to the Mayo Clinic, the following infections may trigger GBS:
Influenza virus
Campylobacter jejuni, a bacterial infection linked with undercooked chicken
Cytomegalovirus
Epstein-Barr virus
Zika virus
Hepatitis A, B, C and E
HIV
Mycoplasma pneumonia
Symptoms
Symptoms of GBS can range from mild to severe.
The muscle weakness seen in GBS usually comes on quickly and is symmetric, meaning it tends to be equal on both sides of the body, Gorson said. About two to four weeks after the first symptoms occur, people typically reach a point of greatest weakness, and then their symptoms may plateau, where they don’t continue to get worse for a period of weeks or months, he said. The plateau period is followed by a slow recovery phase.
Because nerves control a person’s ability to move as well as many other body functions, the symptoms of GBS can have widespread effects.
According to the Mayo Clinic, the symptoms of GBS may include:
Weakness in the legs that may lead to an inability to walk or climb stairs and possibly to paralysis
Tingling, numbness, pins-and-needles sensation in the feet and hands
Nerve pain, which can be severe, especially at night
Breathing difficulties may occur if muscle weakness or paralysis spread to breathing muscles. Some people may temporarily need a ventilator, or breathing machine, during this stage of the illness.
Other facial muscles, including those involved in speaking, chewing or swallowing could be affected, and vision problems may occur.
Problems with bladder or bowel control
Abnormal heart rate or blood pressure

To make a diagnosis of GBS, a neurologist will consider whether the person has symptoms on both sides of the body as well as how quickly symptoms have first appeared and whether there is a reduction or loss of deep tendon reflexes in the legs or arms, according to the National Institute of Neurological Disorders and Stroke.
In addition, two diagnostic tests may be performed. These tests include:
Lumbar puncture: Also known as a spinal tap, a needle is inserted into the lower back to withdraw a small amount of cerebrospinal fluid, a liquid that surrounds the spinal cord and brain. The fluid from this procedure is then sent to a lab for analysis. People with GBS have a high concentration of protein in their cerebrospinal fluid, but a normal white blood cell count.
Electromyogram (EMG): Thin electrodes are inserted into weak muscles to measure nerve activity and muscle function. The test can show whether nerve impulses are blocked from activating muscles.

A person with GBS is typically hospitalized because symptoms tend to come on suddenly and can worsen quickly during the early stage of the illness, creating the need to monitor a patient closely.
There are currently two options used to treat GBS. One of them is plasma exchange (plasmapheresis) and the other is intravenous immunoglobulin therapy, referred to as IVIg. Both treatments are considered equally effective, but only one of the two treatments is needed.

Treatment is effective in speeding up the recovery from GBS and shortening its severity, Gorson told Live Science.

Plasma exchange is a more invasive treatment, and it requires specialized equipment and nursing care, Gorson said. It had been the standard treatment method for GBS in the 1980s and ’90s, but immunoglobulin has become the preferred treatment because it is easier to administer to patients and is more widely available in hospitals, he explained.

Plasma exchange is a blood-cleansing procedure that removes harmful antibodies from the bloodstream that may be damaging myelin. The procedure involves removing the patient’s plasma, or the liquid portion of blood, and then using a machine to separate it from the other blood components. The removed plasma, which contains the antibodies that have been damaging nerves, is discarded and is replaced with a plasma substitute, which is returned to the patient’s bloodstream along with the other blood components.

In addition, physical therapy is an important part of the recovery process from GBS, and can help a person regain muscle strength and function as damaged nerves begin to heal.
Depending on the severity of the illness, recovery of nerve and muscle function can be a lengthy process lasting anywhere from months to a few years. Some people may experience lingering pain, weakness and fatigue.
The vast majority of people with GBS recover to walk and live independently after having it, Gorson said. And the disorder is very unlikely to recur in people, he noted.