The Battle of Mosul

Iraqi government declared the city of Mosul liberated on July 9th, after a nine-month offensive to retake the city. Since October, the forces in Mosul have faced the toughest fighting in the 3-year war against the Islamic State fighters in Iraq. Entire neighborhoods have been destroyed and Amnesty International called the battle a ‘‘civilian catastrophe,’’ with more than 5,800 civilians killed in the western part of the city. The gruelling battle displaced nearly 900,000 from their homes. Sporadic fighting continues in the Old City, signaling the presence of militants still in the area. 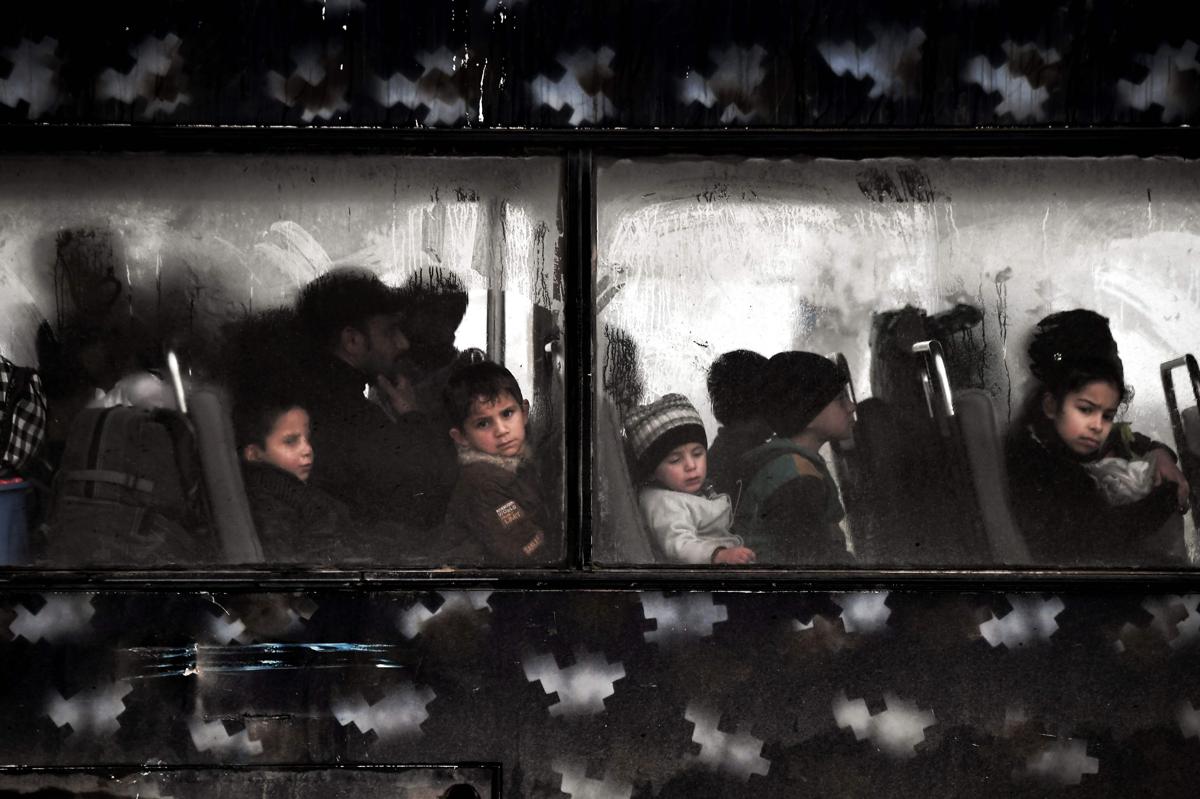 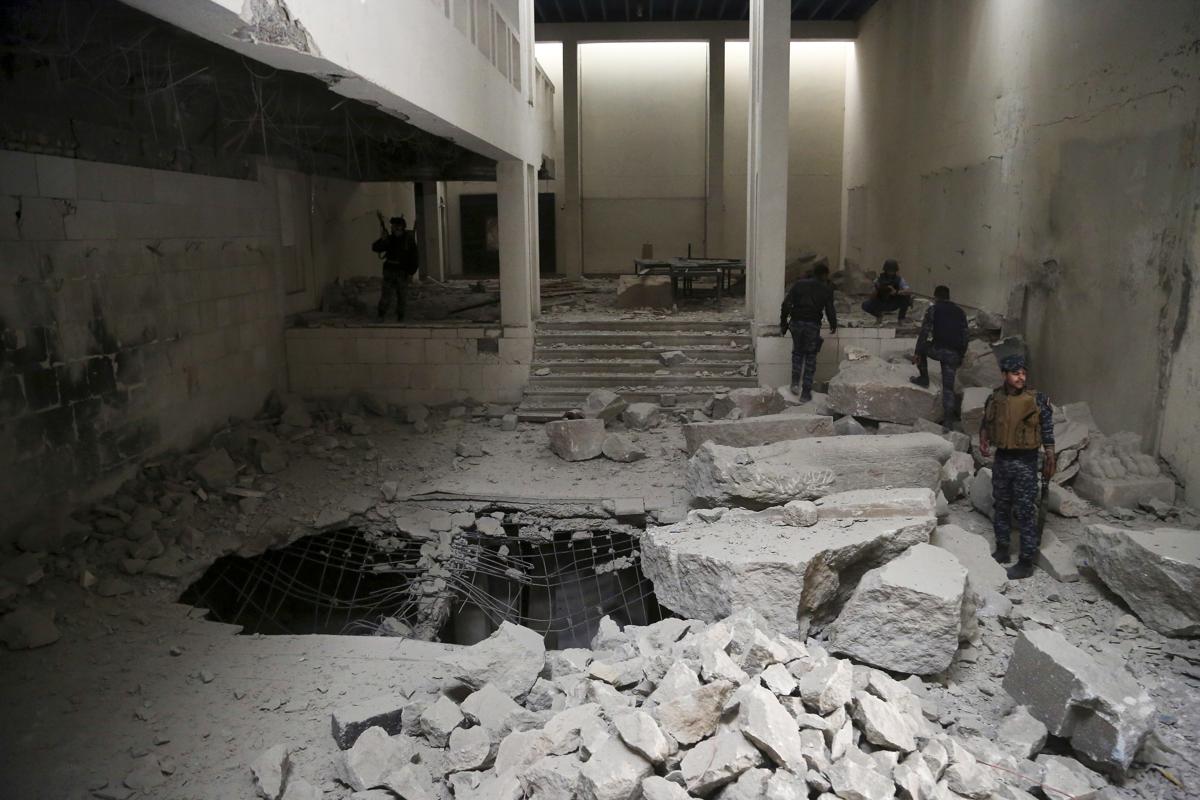 12
Iraqi federal police inspect the inside of Mosul’s heavily damaged museum on March 8. Most of the artifacts inside the building appeared to be completely destroyed. The basement level that was the museum’s library had been burned. The floors were covered in the ashes of ancient manuscripts, in western Mosul, Iraq. (Khalid Mohammed/Associated Press) 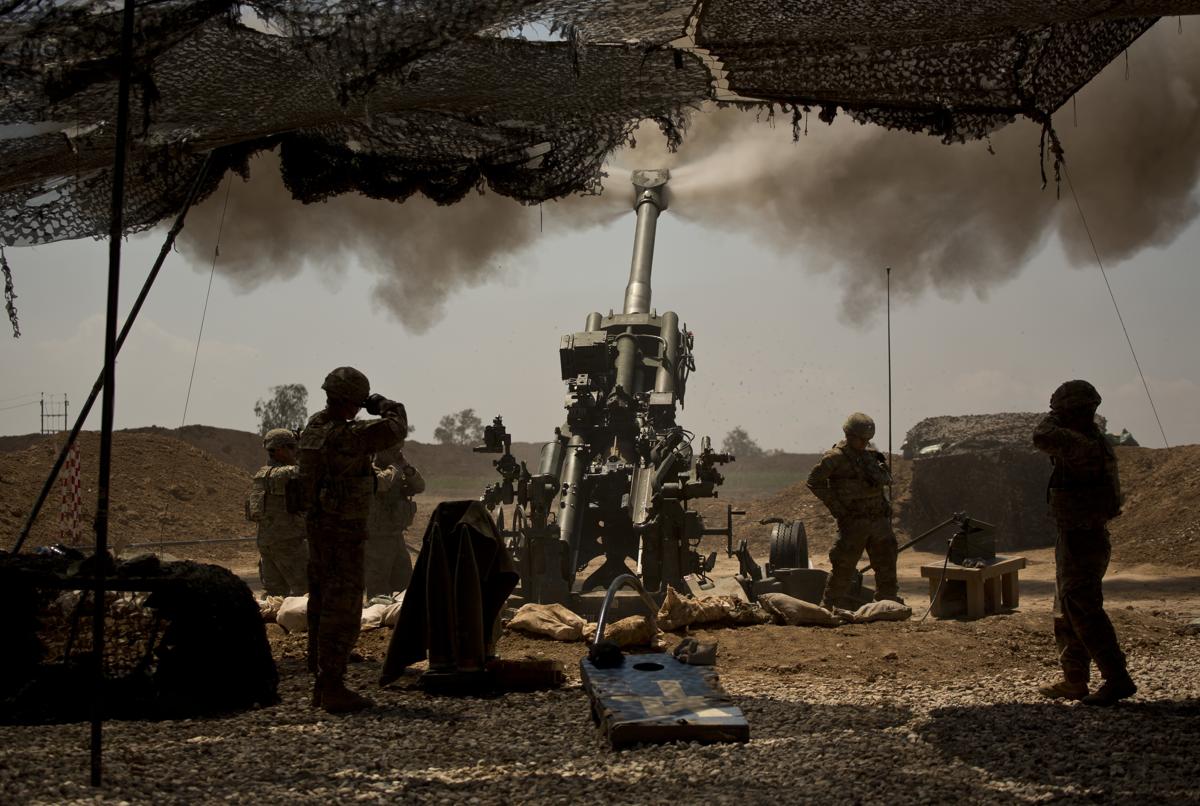 13
U.S. soldiers from the 82nd Airborne Division fire artillery in support of Iraqi forces fighting Islamic State militants from their base east of Mosul on April 17. U.S.-led coalition support for Iraqi ground forces in Mosul repeatedly proved to be the critical factor in the Mosul fight. (Maya Alleruzzo/ Associated Press) 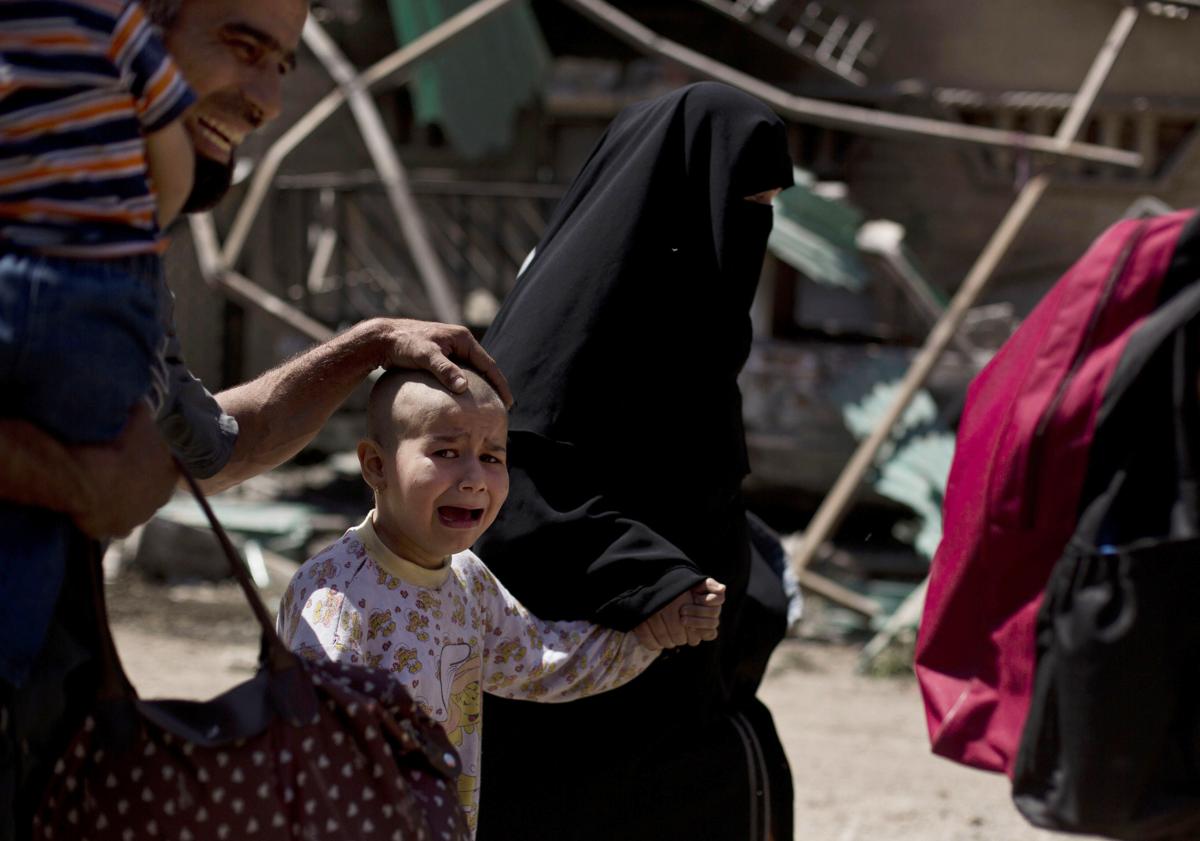 14
A girl and her father cry as the family flees the al-Rifai neighborhood while Iraqi special forces battle Islamic State militants in western Mosul, Iraq. The U.N. children’s agency, UNICEF, warned on June 5, that the children in Mosul are bearing the brunt of the intensified fight between U.S.-backed government forces and IS in the city’s western half. (Maya Alleruzzo/ Associated Press) 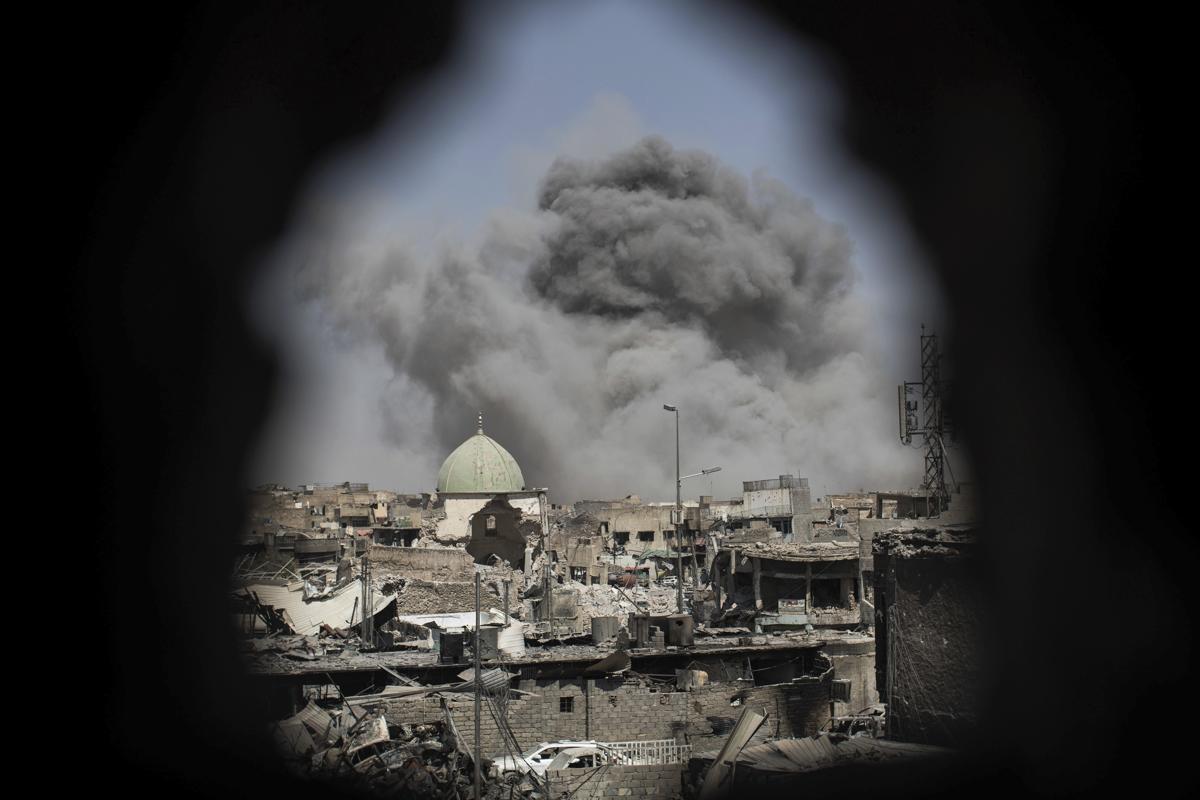 15
A bomb explodes behind the al-Nuri mosque complex, as seen through a hole in the wall of a house, as Iraqi Special Forces move toward Islamic State militant positions in the Old City of Mosul, Iraq, June 29. (Felipe Dana/Associated Press) 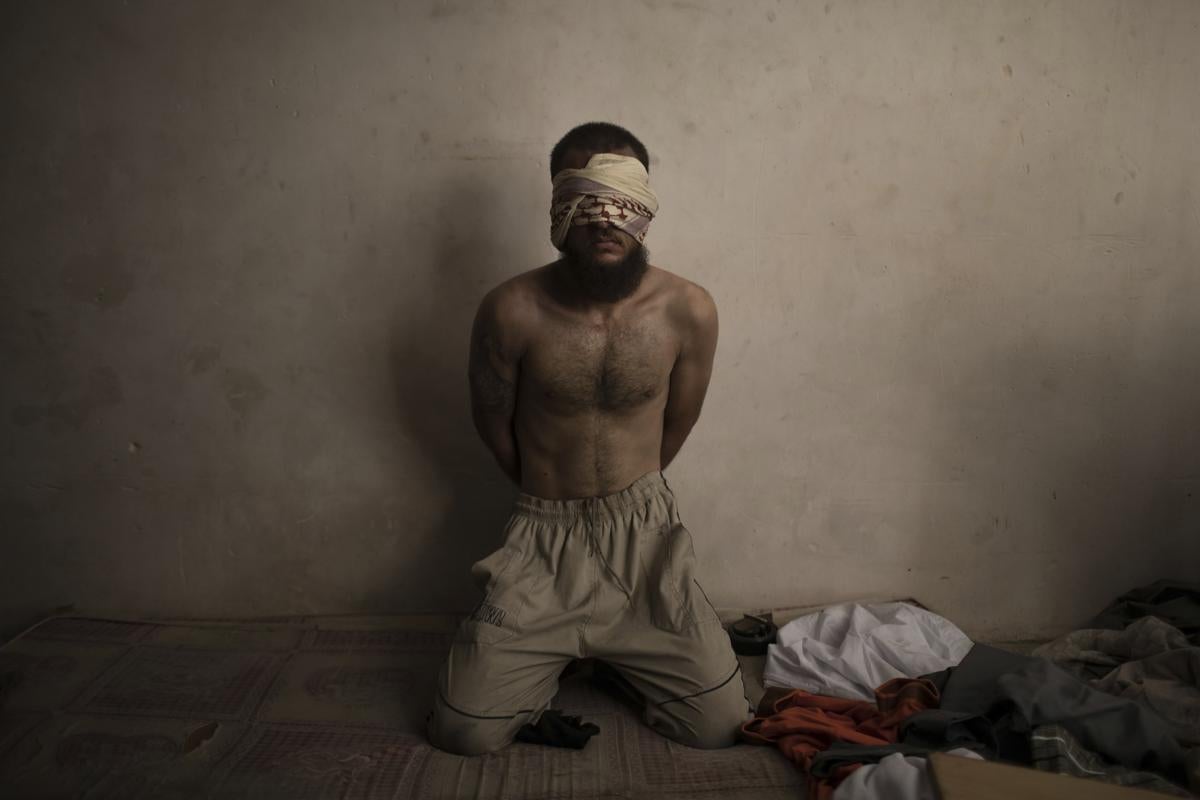 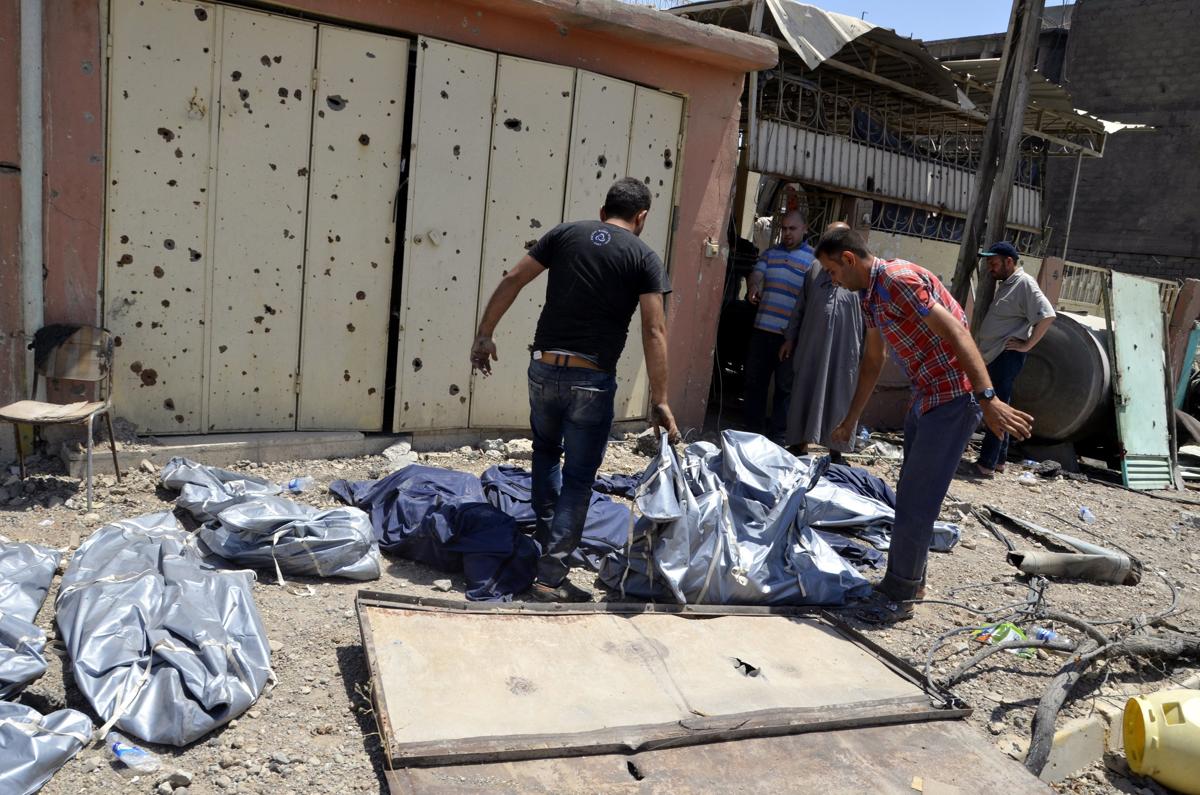 17
Iraqi forensics team personnel inspect the bodies of victims at a site believed to be an apparent airstrike carried out by US forces three weeks ago at al-Shifa district, western Mosul, Iraq, July 5. (OMAR ALHAYALI/EPA) 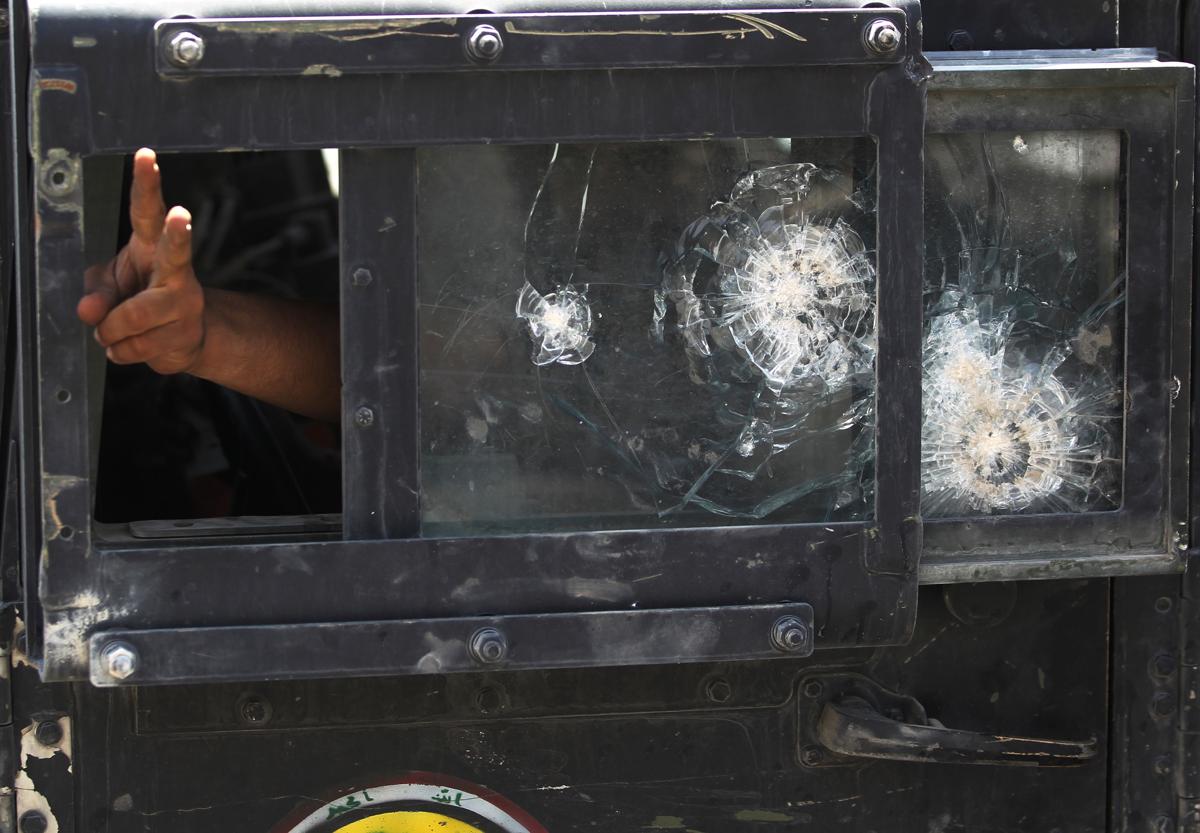 18
A member of the Iraqi Counter-Terrorism Service (CTS) flashes the victory sign from the window of a humvee during an advance in the old city of Mosul on July 5, as the Iraqi government forces continue their offensive to retake the city from Islamic State (IS) group fighters. (AHMAD AL-RUBAYE/AFP/Getty Images) 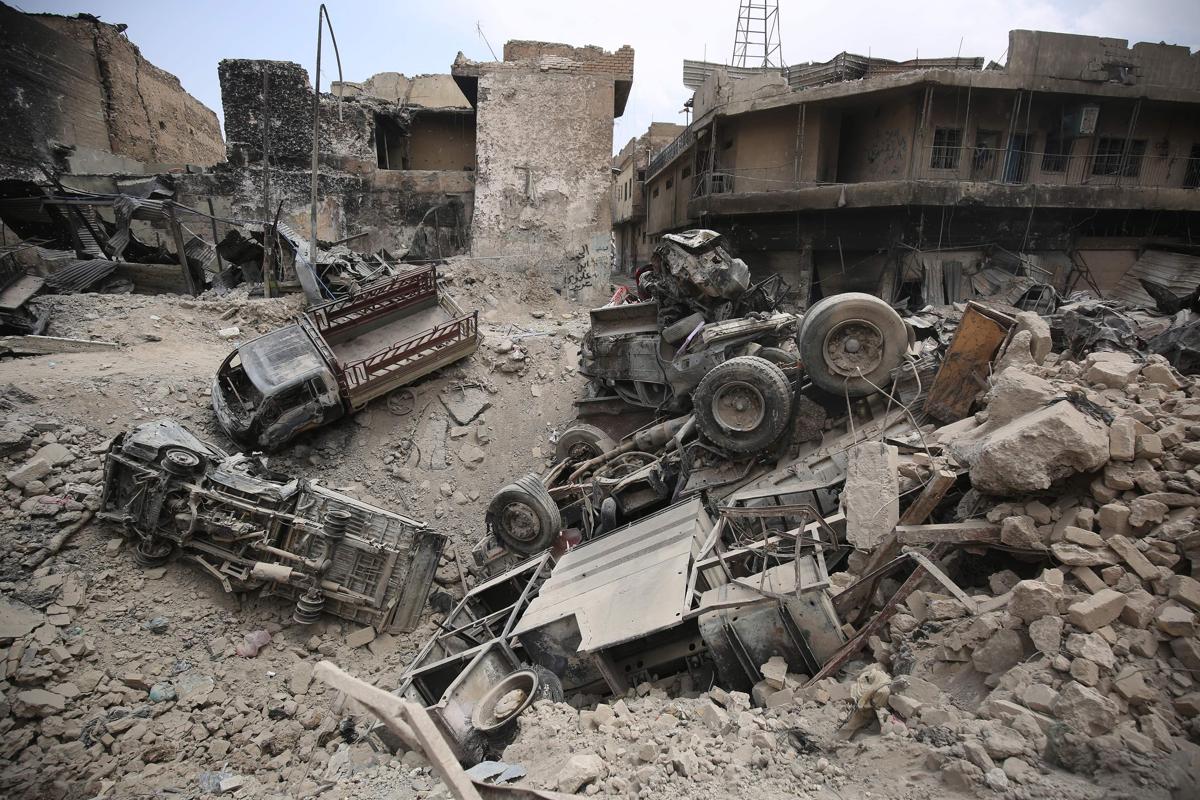 19
A view of the damage in the old city of Mosul on July 7, as Iraqi government forces continue to fight Islamic State (IS) group jihadists to retake the last parts of the city. (AHMAD AL-RUBAYE/AFP/Getty Images) 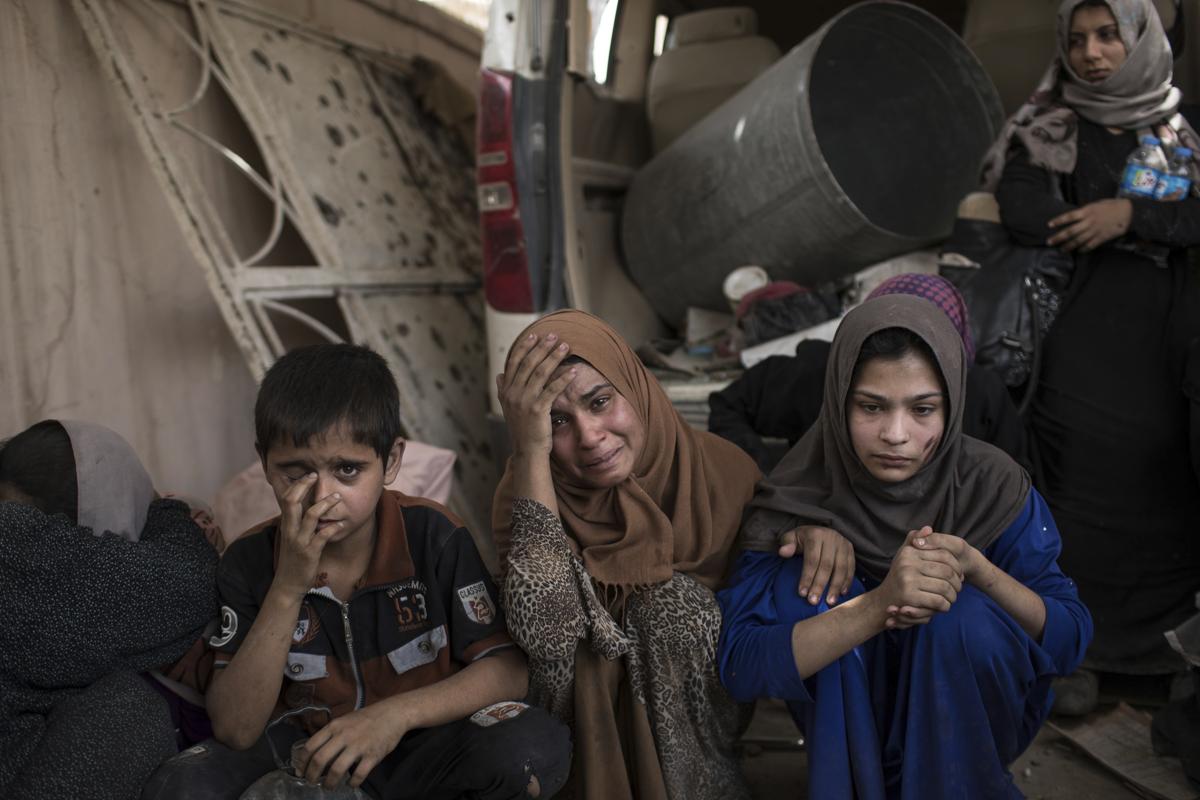 20
Fleeing Iraqi civilians sit inside a house as they wait to be taken out of the Old City during fighting between Iraqi forces and Islamic State militants in Mosul, Iraq, July 8. (Felipe Dana/Associated Press) 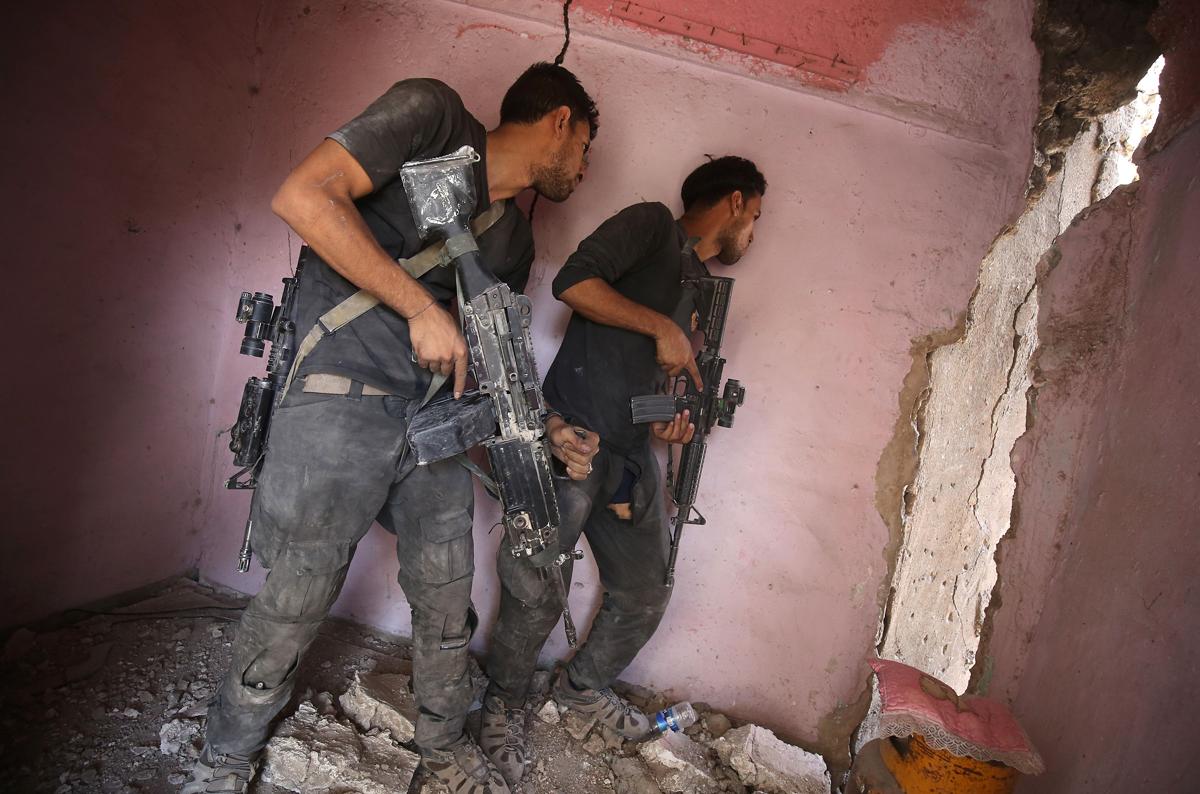 21
Members of the Iraqi Counter-Terrorism Service (CTS) advance in the Old City of Mosul on July 6, during the Iraqi government forces’ ongoing offensive to retake the city from Islamic State (IS) group fighters. (AHMAD AL-RUBAYE/AFP/Getty Images) 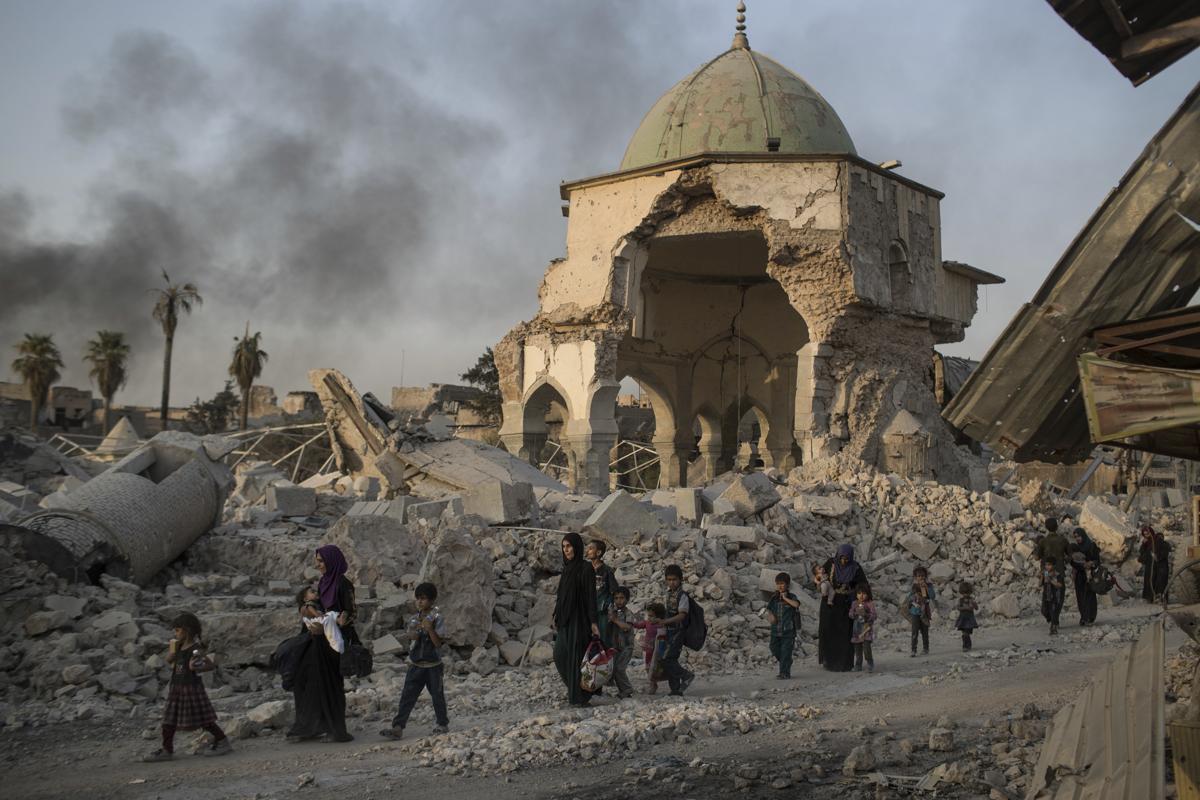 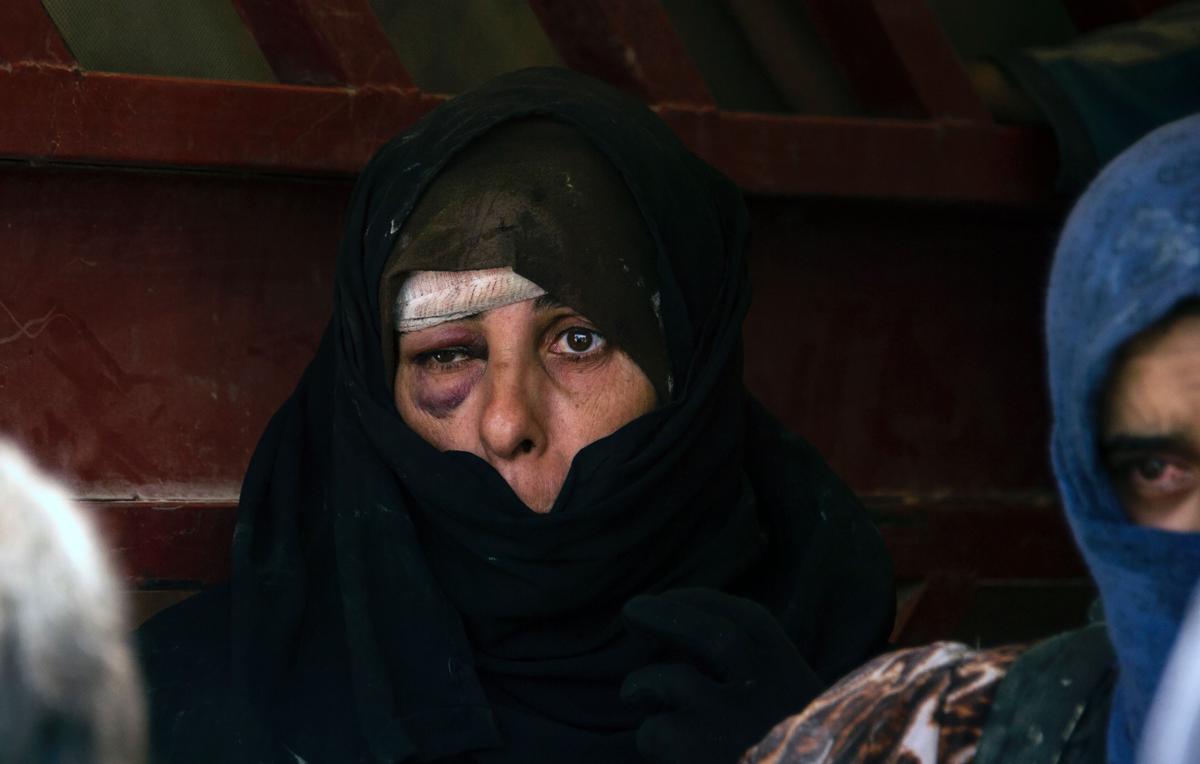