About 11 million people worldwide, according to theNew York Times, and about a million in the United States, according to Time, belong to an ethnic group known as the Roma or Romani. They are more commonly called Gypsies or travelers.

The term Gypsy, considered to be mildly derogative, according to the Families for Russian and Ukrainian Adoptionorganization (FRUA), is a holdover from when it was thought these people came from Egypt. However, a study published in 2012 concluded that Romani populations have a high frequency of a particular Y chromosome and mitochondrial DNA that are only found in populations from South Asia. It is now thought that the Roma people migrated to Europe from India about 1,500 years ago.

Often, many groups are lumped together into the classification of “Gypsy.” The Romani people can include ethnic groups who are spread out all over the world, according to Open Society Foundations. Their cultures may vary somewhat, but they have common ties. Some groups that are considered Roma are Romanichals of England, Beyash from Croatia, the Kalé of Wales and Finland, Romanlar from Turkey and Domari from Palestine and Egypt. The travelers of Ireland are not Roma, but they are considered Gypsies by many.

The Romani people faced discrimination because of their dark skin and were once enslaved by Europeans. They have been portrayed as cunning, mysterious outsiders who tell fortunes and steal before moving on to the next town. In fact, the term “gypped” is probably an abbreviation of Gypsy, meaning a sly, unscrupulous person, according to NPR.

Also, as a matter of survival, the Romani were continuously on the move. They developed a reputation for a nomadic lifestyle and a highly insular culture. Because of their outsider status and migratory nature, few attended school and literacy was not widespread. Much of what is known about the culture comes through stories told by singers and oral histories.

“A people’s culture needs to be looked at in the context of that people’s development, and no culture [should] be judged to be intrinsically superior or inferior to another,” Cristina De Rossi, an anthropologist at Barnet and Southgate College in London, told Live Science. In addition to Jews, homosexuals and other groups, the Roma were targeted by the Nazi regime in World War II. The German word for Gypsy, “Zigeuner,” was derived from a Greek root that meant “untouchable” and accordingly, the group was deemed “racially inferior.”

Romani were rounded up and sent to camps to be used as labor or to be killed. During this time, Dr. Josef Mengele was also given permission to experiment with on twins and dwarves from the Roma community.

According to the United States Holocaust Memorial Museum, Nazis killed tens of thousands of Roma in the German-occupied territories of the Soviet Union and Serbia. Thousands more Roma were killed in the concentration camps of Auschwitz-Birkenau, Sobibor, Belzec, Chelmno, and Treblinka.

There were also Gypsy camps called Zigeunerlager that were intended just for the Roma population. These camps were long-term holding areas where hundreds of Roma died.

For centuries, stereotypes and prejudices have had a negative impact on the understanding of Roma culture, according to the Romani Project. Also, because the Roma people live scattered among other populations in many different regions, their ethnic culture has been influenced by interaction with the culture of their surrounding population. Nevertheless, there are some unique and special aspects to Romani culture. 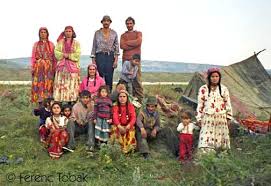 The Roma do not have an official faith, and in the past they typically disdained organized religion. Today, they often adopt the predominant religion of the country where they are living, according to FRUA, and describe themselves as “many stars scattered in the sight of God.” Some Roma groups are Catholic, Muslim, Pentecostal, Protestant, Anglican or Baptist, according to Open Society Foundations.

The Roma live by a complex set of rules that govern things such as cleanliness, purity, respect, honor and justice. These rules are referred to as what is “Rromano.” Rromano means to behave with dignity and respect as a Roma person, according to FRUA. “Rromanipé” is what the Romani refer to as their worldview.

Though the groups of Roma are varied, they all do speak one language. This language is called Rromanës, or the Romani language. Rromanës is related to a northern Indian dialect, called Punjab, and is spoken by about 5 to 6 million Roma people throughout Europe and the United States, according to FRUA.

Typically, Gypsies love opulence. Roma women often wear gold jewelry and headdresses decorated with coins as a display of prosperity and generosity towards others, according to the FRUA.

Weddings are huge affairs with large, custom-made wedding dresses. Often, the girls in a group will compete to see who can have the largest, most extravagant wedding dress. Some of this has been documented in the American show “My Big Fat Gypsy Wedding.”

Traditionally, anywhere from 10 to several hundred extended families form bands, or kumpanias, which travel together in caravans. Each band is led by a voivode, whom the families elect for lifetime. This person is their chieftain. A senior woman in the band, called a phuri dai, looks after the welfare of the group’s women and children.

Smaller alliances, called vitsas, are formed within the bands and are made up of families who are brought together through common ancestry.

The Roma place great value on extended families, according to FRUA. Families typically involve multiple generations living together, including unmarried young and adult children and a married son, his wife and their children. By the time an older son is ready to establish his own household, a younger son often will have married and brought his wife and children into the family.

Romani typically marry young — often in their teens — and many marriages are arranged. Weddings are typically very elaborate, involving very large and colorful dress for the bride and her many attendants. Though during the courtship phase, girls are encouraged to dress provocatively, sex is something that is not had until after marriage, according to The Learning Channel. Some groups have declared that no girl under 16 and no boy under 17 will be married, according to the BBC.

The Roma have a long history of training, trading and caring for animals. They also have worked as metal smiths, and repaired utensils and sold household goods they made themselves, according to FRUA. Many worked as traveling entertainers, using their rich musical background to earn money.

While there are still nomadic Roma, most use cars and RVs to move from place to place rather than the horses and wagons of the past.

Today, most have settled into houses and apartments and are not readily distinguishable. Because of continued discrimination, many do not publicly acknowledge their roots and only reveal themselves to other Romani.

While there is not a physical country affiliated with the Romani people, theInternational Romani Union was officially established in 1977. In 2000, The 5th World Romany Congress in 2000 officially declared Romani a non-territorial nation.

April 8 is International Day of the Roma, a day to raise awareness of the issues facing the Roma community and celebrate the Romani culture.