The Pluto-shaped void in our hearts has yet to be filled by Planet 9, copious amounts of Ben & Jerry’s, or anything. Ever since the summer of 2015, when NASA’s New Horizons performed a six-month-long reconnaissance flyby study of Pluto and its moons, fans of the dwarf planet have wondered if or when we’d ever go back. According to New Horizons principal investigator Alan Stern, he and some other planetary scientists are already drawing up the blueprint for a return trip—and this time, it’d be much more than just a flyby.

“The news is not that we have a specific mission design,” Stern told Gizmodo. “The news is that the community is forming around the concept of going back to Pluto with an orbiter mission that would stay and study the planet for years, and do it in ways that we could not have in a simple flyby like New Horizons. It would have much more advanced instrumentation and the ability to map every square inch of the planet, and unravel all the complexity that we found.” 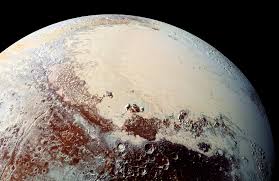 New Horizons, which left Earth on January 19th, 2006, was able to provide us with an unprecedented look at some of the mysterious worlds of the Kuiper Belt, including Pluto, its large moon Charon, and four baby moons—Nix, Hydra, Styx and Kerberos—which are very appropriately named for the Greek underworld gods. We discovered that Pluto is an astonishingly dynamic place, with mountains, chasms, a billowy atmosphere, and maybe even a massive subsurface ocean. Best of all, we learned that the icy world has a soft side, with some unforgettable New Horizons images of the dwarf planet’s heart.

Still, many lingering mysteries remain. Pluto might have wind-blown dunes on it, features thought to be impossible before the flyby. Its mountains, which are made of frozen water, could reveal many secrets about geologic activity on the dwarf planet today. With so much left to learn, the only way to get answers is to go back. And unlike the New Horizons flyby, which didn’t spend enough time loitering to even map both of Pluto’s hemispheres at high resolution, much less monitor changes on the surface, an orbiter that remains in the Pluto system for several years would be able to do both.

“Going back to Pluto is becoming, in the scientific community, a real growing concern instead of just scattered conversation,” Stern said. And so, a few days ago, he and 34 scientists gathered in Houston, Texas to start mapping out what an orbiter mission would look like. Some of this new team is comprised of New Horizons members and seasoned pros in the field, in addition to scientists at the start of their careers.

“You won’t see it presented in the next few months, but I’m sure that by next year you’ll see it in many places,” Stern said. He added that this October, he and his team plan to have a workshop on their new mission concept at the49th meeting of the Division of Planetary Sciences.

“We were so surprised by the level of complexity that we found,” Stern said. “If you would have asked me before we got there if I thought there was ever any real chance of going back, I would have said ‘not really.’ And yet, here we are two years later and thinking about all the mysteries we can’t solve except by going back.”

While the plans are still in their infancy, Stern and his team are hopeful that they can get their concept together in time for the next Planetary Science Decadal Survey, a massive report prepared for NASA and Congress by the planetary science community, which helps to set the space agency’s priorities for solar system exploration. The next Decadal Survey will start being compiled around 2020, Stern said.

Gathering enough support within the scientific community is critical to convince the space agency such a trip would be worth it. The good news for Stern and his team is that the public already has their back. As soon as hetweeted the news about the potential orbiter, Stern’s mentions erupted with well-wishers.

“Hundreds of people were getting involved and cheering it on,” he said. “It’s like the slightest hope of going back to Pluto…the public interest is amazing.”

By October, Stern expects that the team involved with the orbiter concept will have grown substantially, maybe with 100 scientists involved. He thinks another trip to Pluto has the potential to gin up public interest in the same way that Enceladus and Europa have. “Just like Ocean Worlds, it’ll catch fire,” he said.