Earlier this week, over 80 civilians died in a chemical weapon at
tack in Syria. In response, President Trump ordered a US missile strike targeting the Syrian air base.
1
A man carries a child following a chemical attack at a makeshift hospital in the town of Khan Sheikhoun, northern Idlib province, Syria. (Edlib Media Center, via AP) 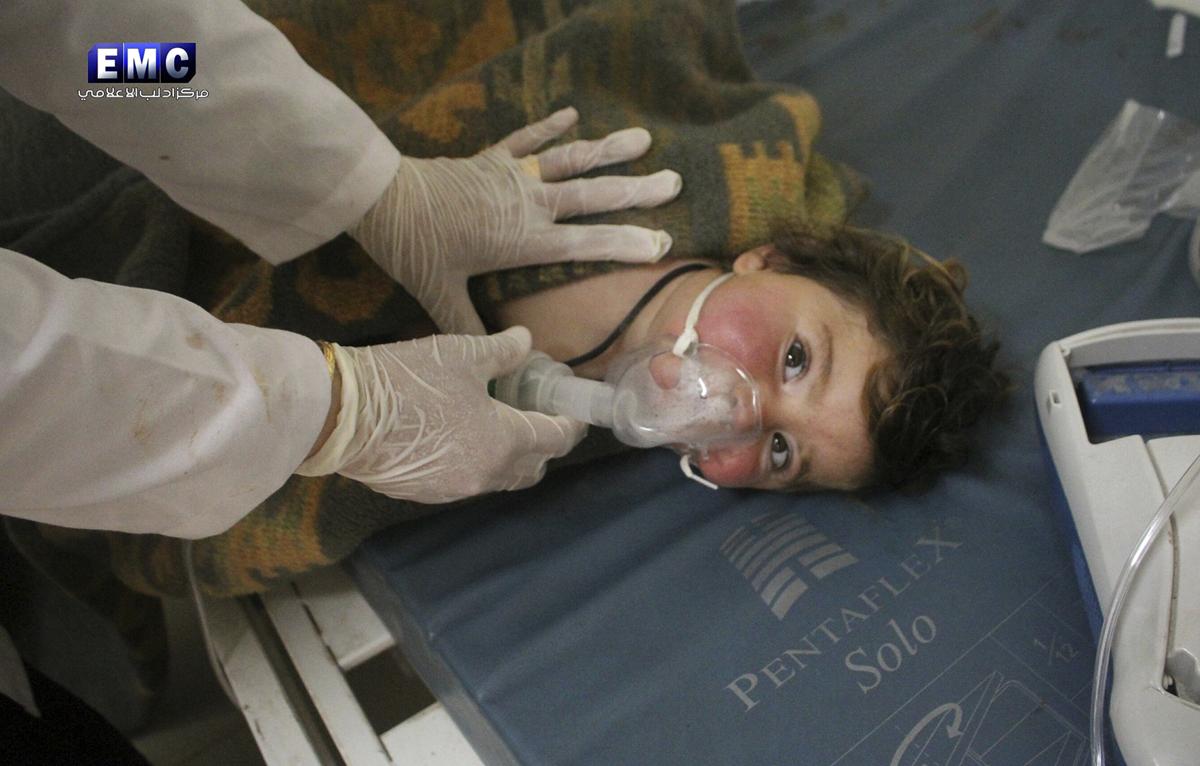 2
A Syrian doctor treats a child following a chemical attack in the town of Khan Sheikhoun, northern Idlib province, Syria. The attack killed more than 80 people on Tuesday, (Edlib Media Center, via AP) 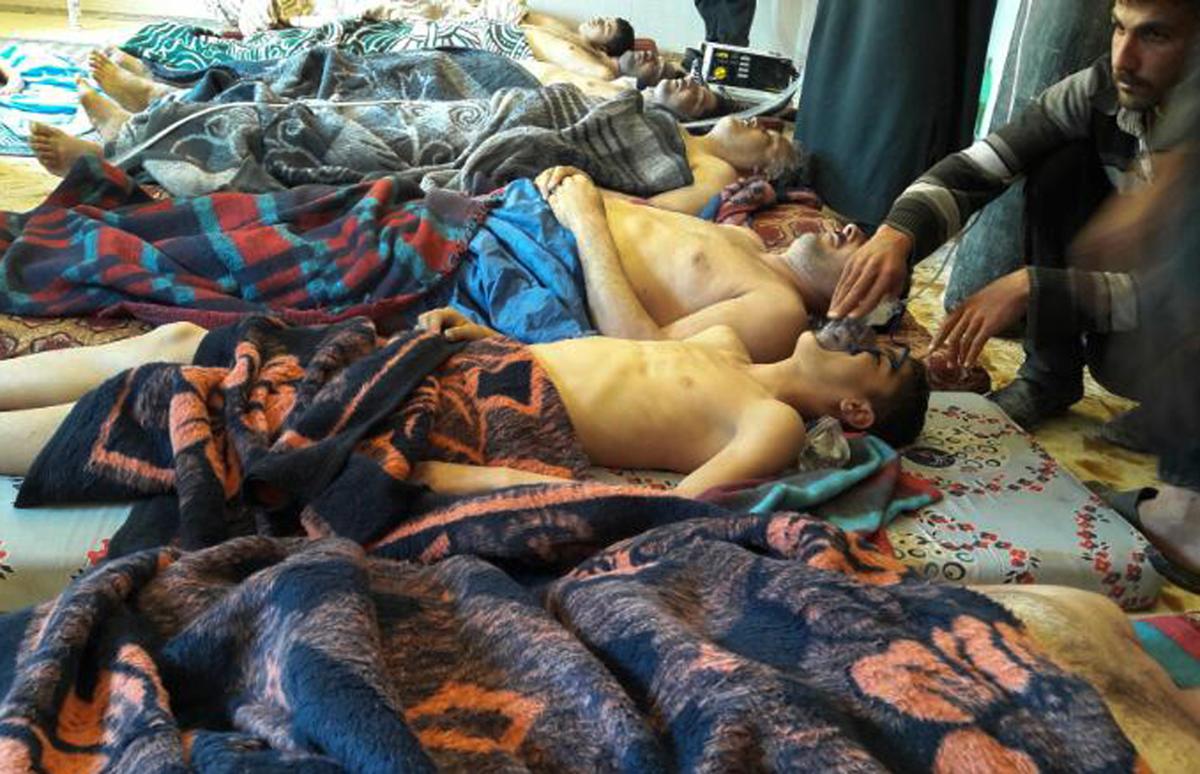 3
Victims of the suspected chemical weapons attack lie on the ground, in Khan Sheikhoun, in the northern province of Idlib, Syria. (Alaa Alyousef via AP) 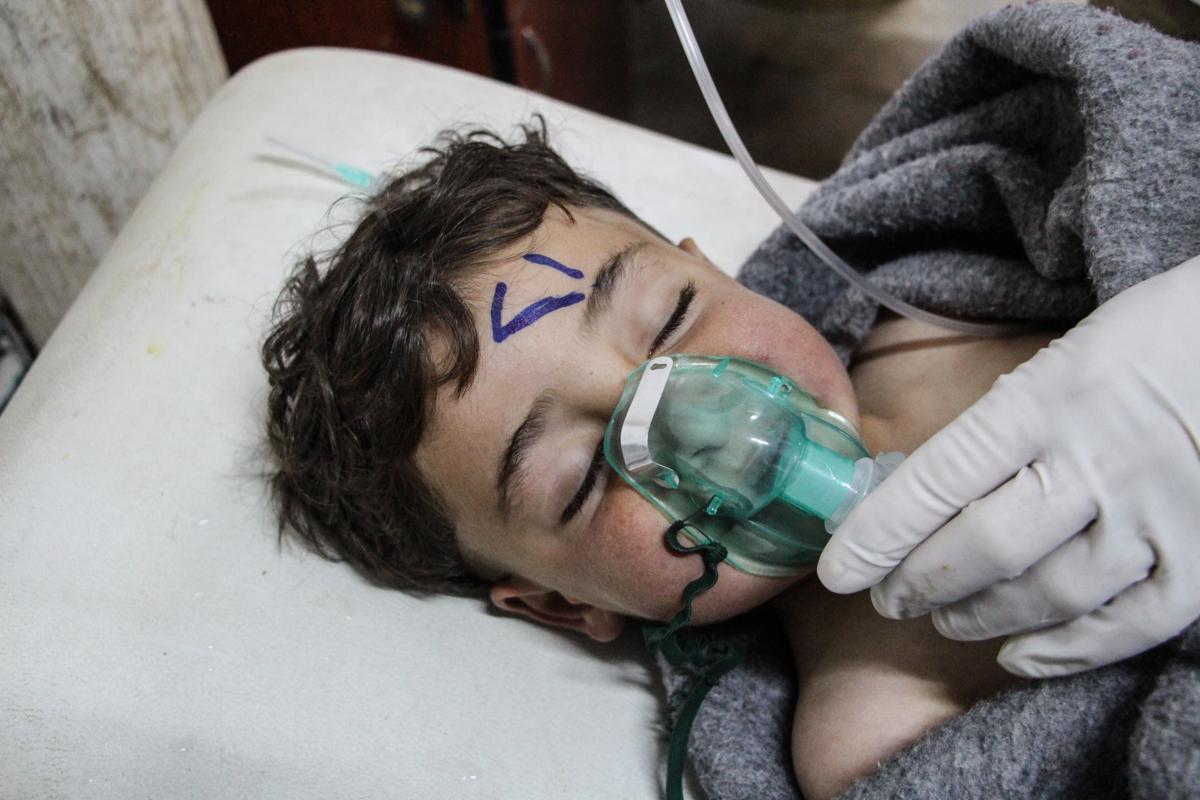 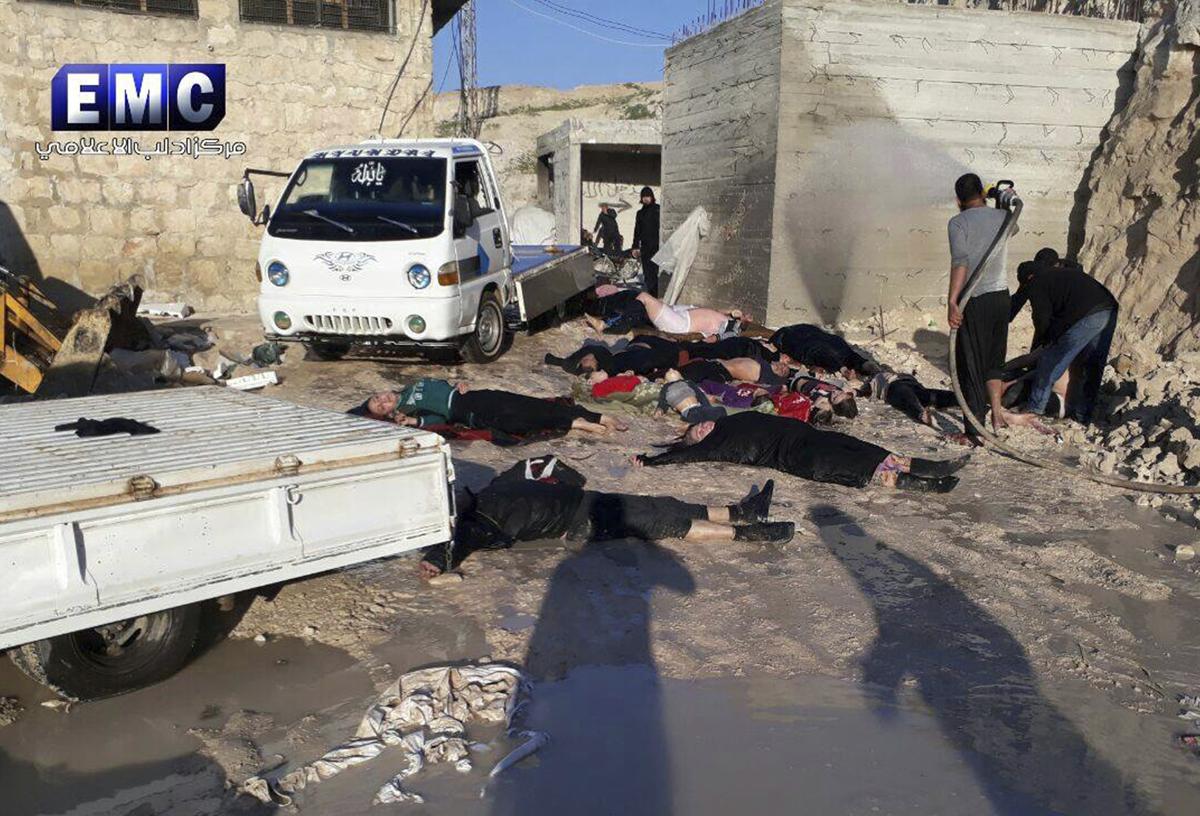 5
The scene showing victims of a chemical attack in the town of Khan Sheikhoun, northern Idlib province, Syria on April 4.The suspected chemical attack killed dozens of people on Tuesday, Syrian opposition activists said, describing the attack as among the worst in the country’s six-year civil war. (Edlib Media Center, via AP) 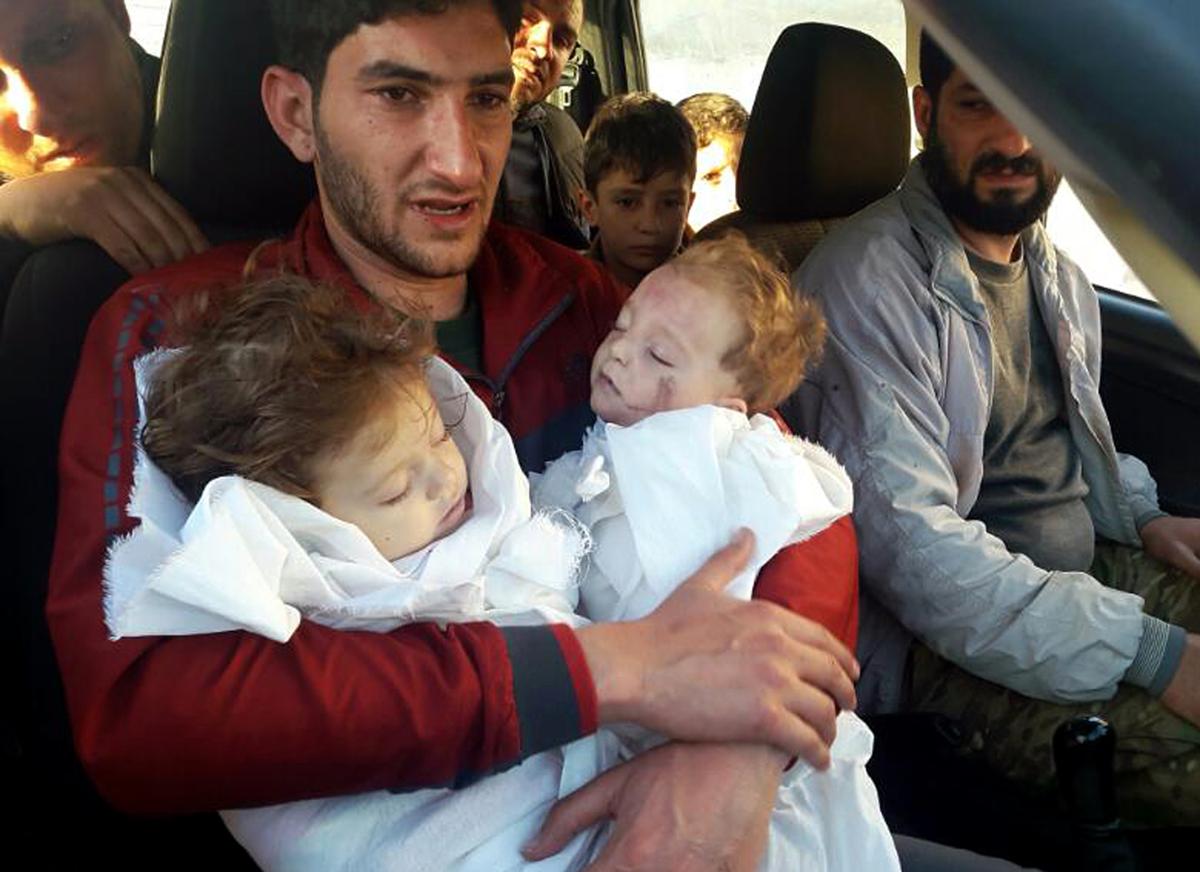 6
SAbdul-Hamid Alyousef, 29, holds his twin babies who were killed during a chemical weapons attack, in Khan Sheikhoun in the northern province of Idlib, Syria. Alyousef also lost his wife, two brothers, nephews and many other family members in the attack that claimed scores of his relatives. (Alaa Alyousef via AP) 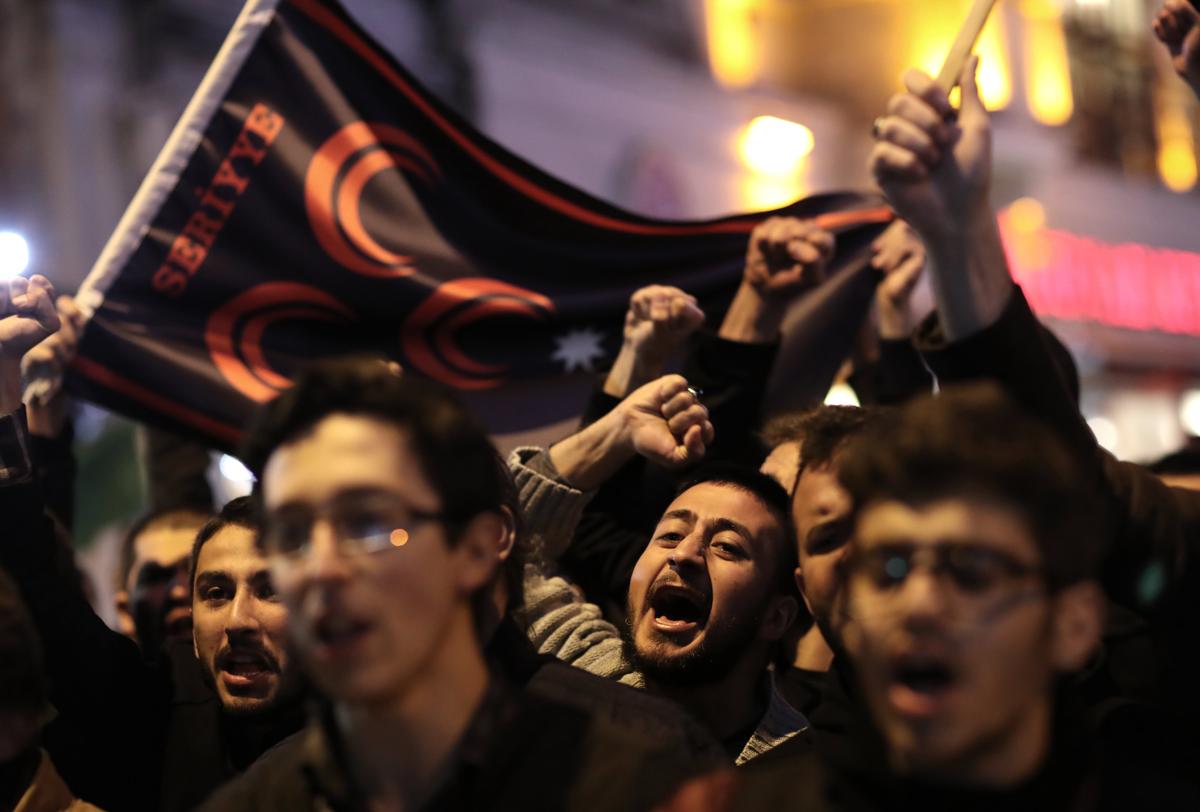 7
Protesters shout slogans against Russia for its alleged role in a chemical attack in Idlib province, Syria, near the Russian Consulate in Istanbul, Turkey, April 4. (SEDAT SUNA/EPA) 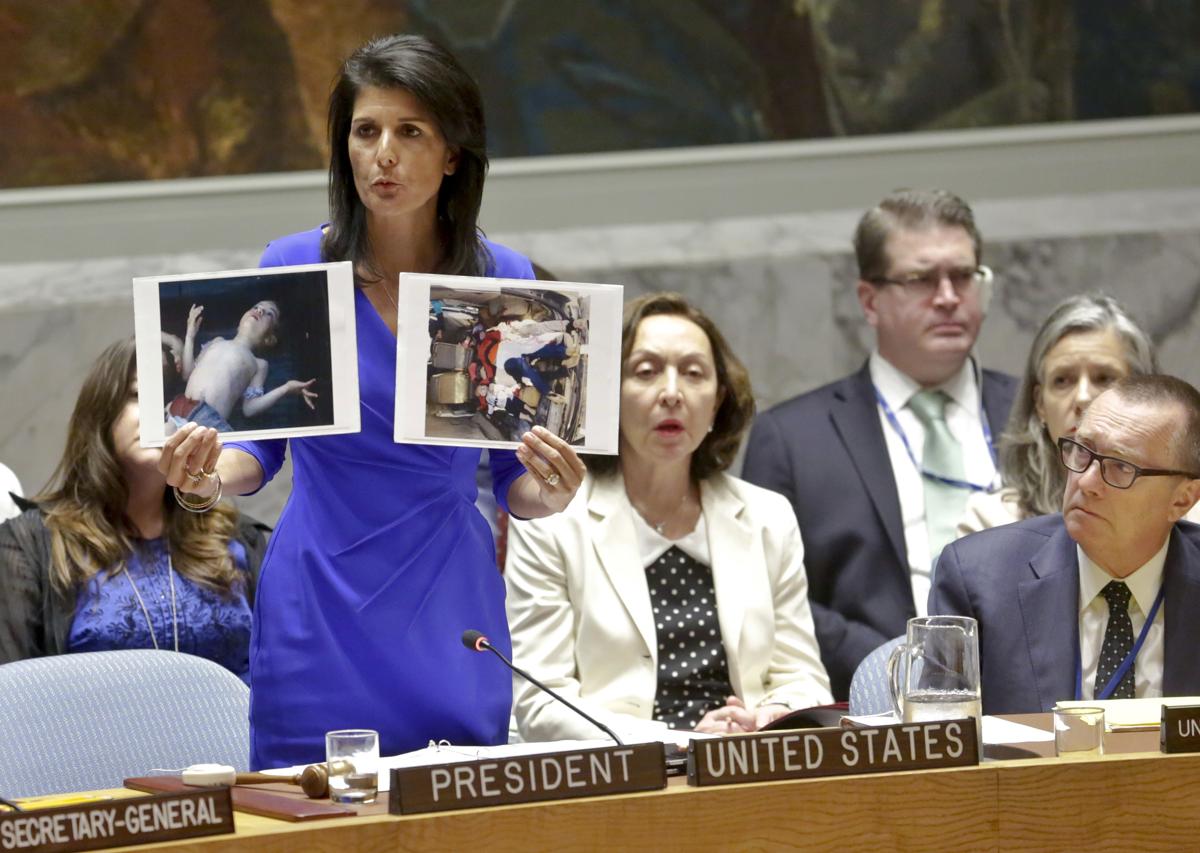 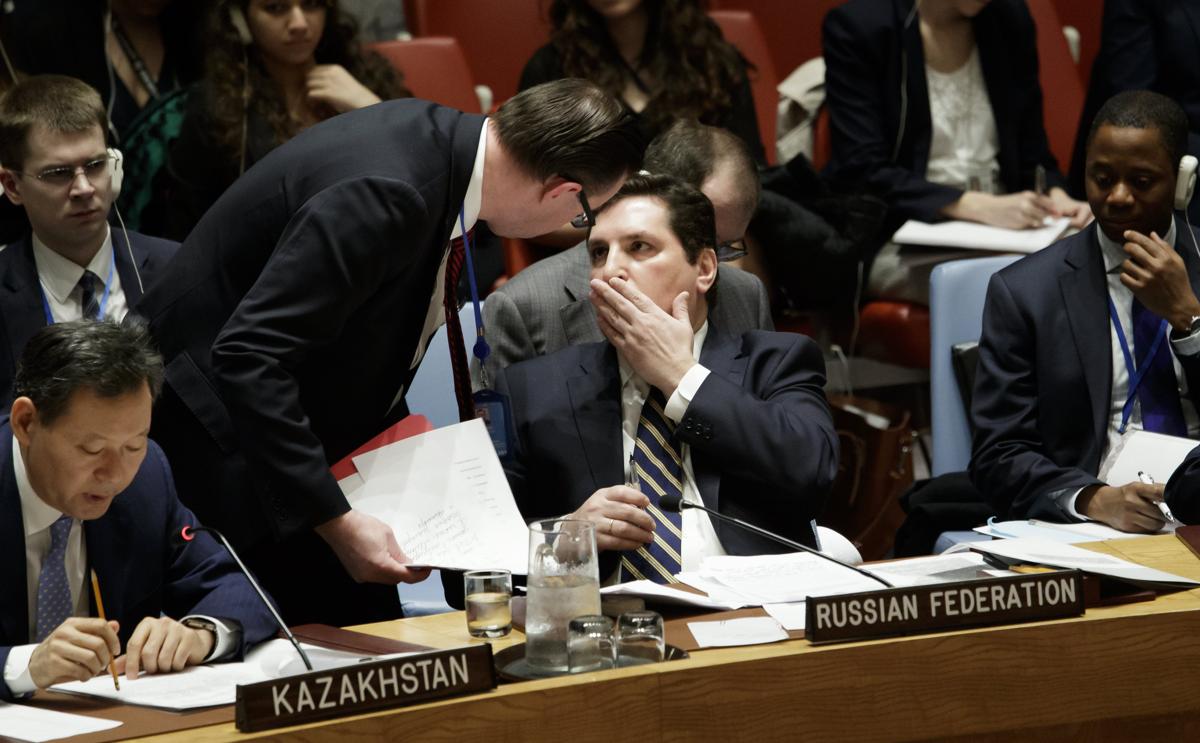 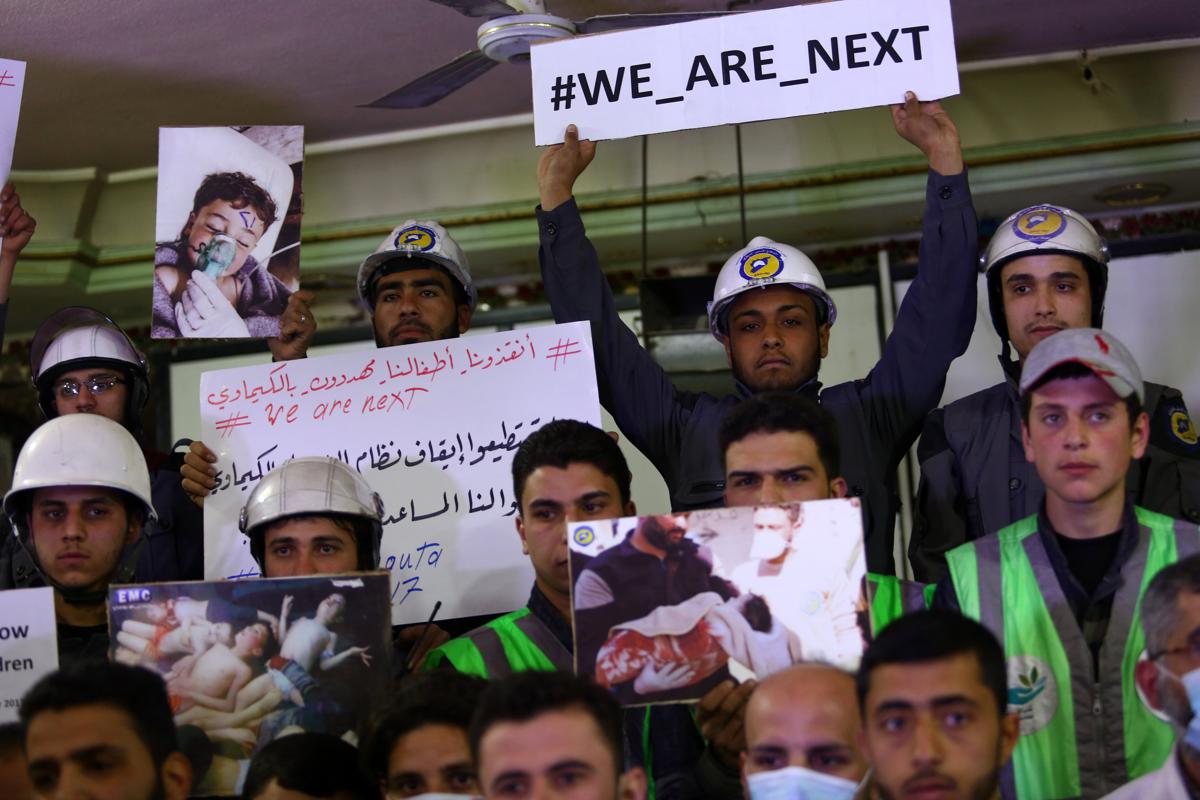 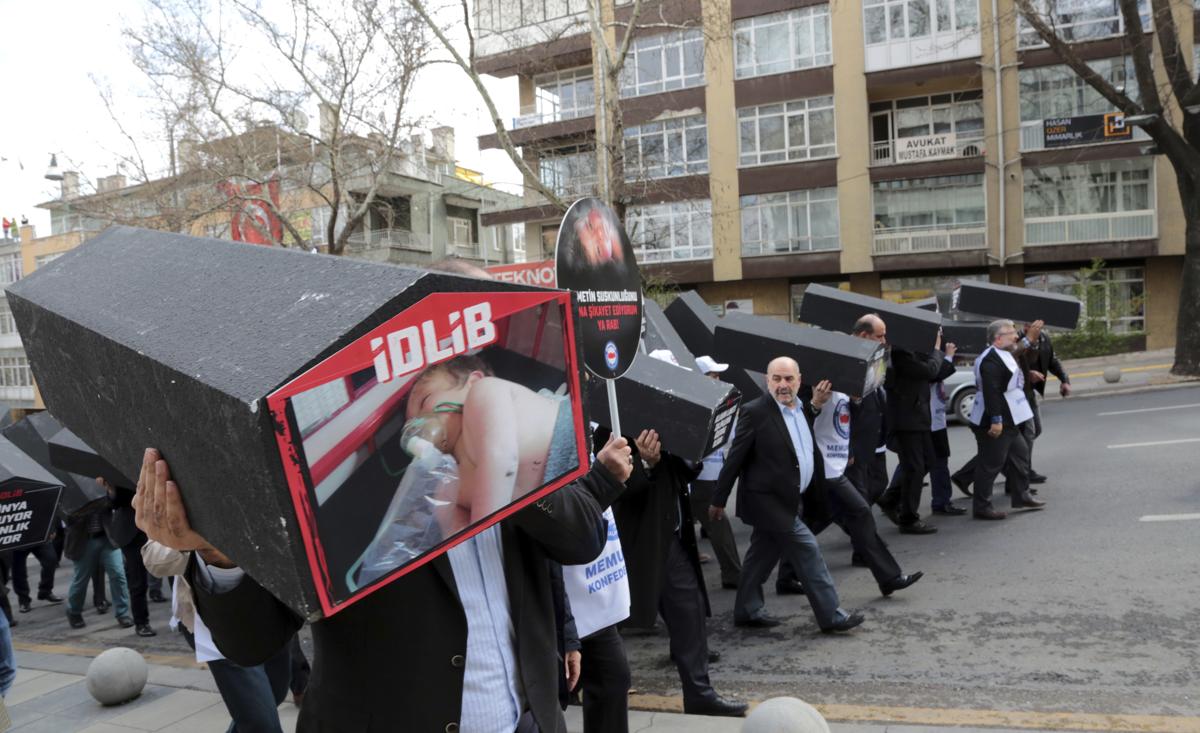 11
Dozens of members of a Turkish trade union carry black-painted coffins with images of the attack’s child victims, in protest of this week’s chemical weapons attack that killed more than 80 people in northern Syria, in Ankara,Turkey, April 7. The group of some 250 members of a pro-government union on Friday held funeral prayers for the victims of the assault in front of the Iranian embassy in Ankara, before marching to the Russian embassy. (Burhan Ozbilici/Associated Press) 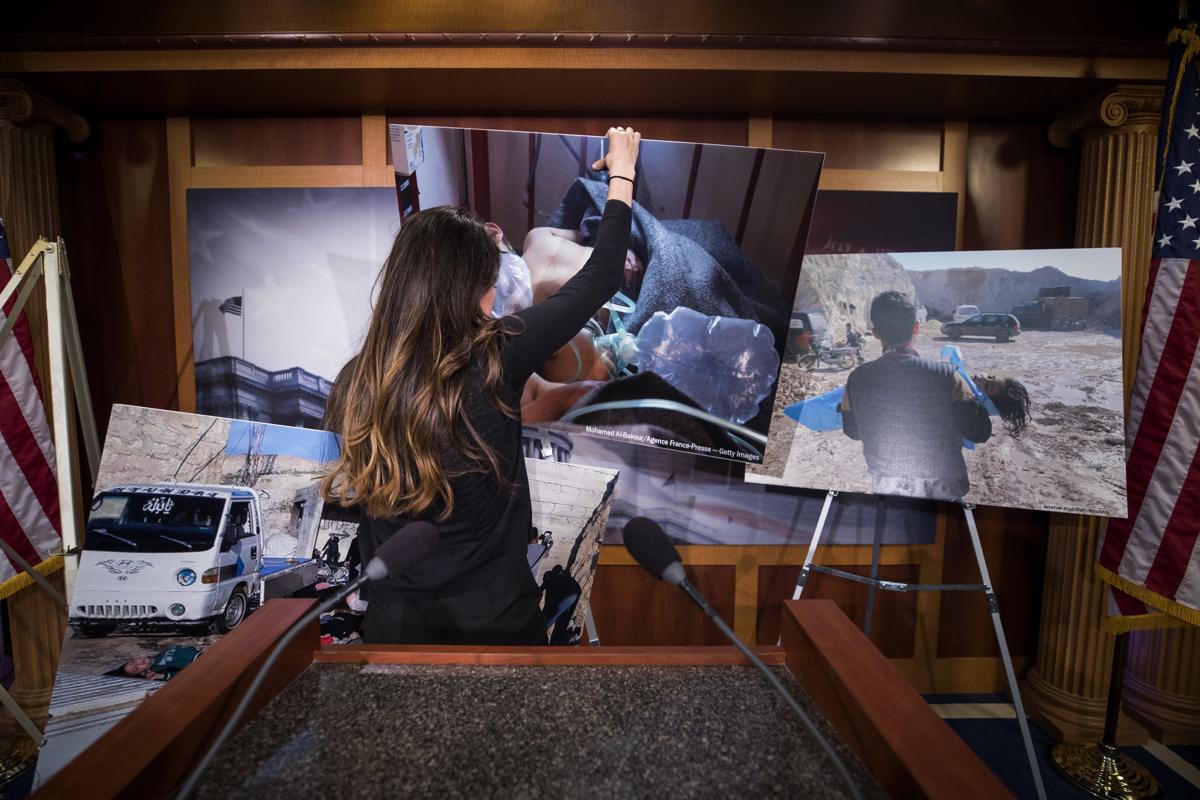 12
A Senate staffer removes photographs of the gas attack in Khan Sheikhoun, Syria that killed more than 100 people following a press conference with Democratic Senator from Maryland Ben Cardin and Republican Senator from Florida Marco Rubio in the US Capitol in Washington DC, April 5. The Senators put the blame for the attack squarely on Syrian President Bashar al-Assad. (JIM LO SCALZO/EPA) 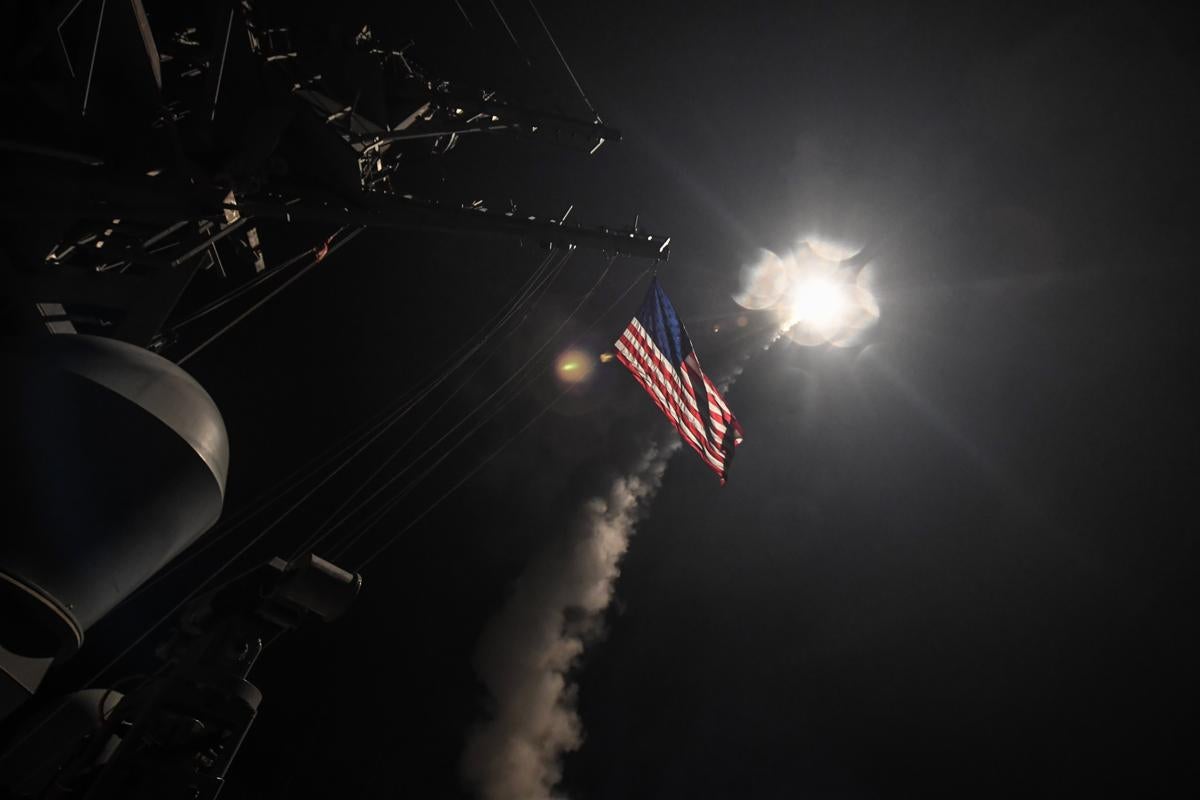 13
The guided-missile destroyer USS Porter fires a Tomahawk land attack missile on April 7, in the Mediterranean Sea. The USS Porter was one of two destroyers that fired a total of 59 cruise missiles at a Syrian military airfield in retaliation for a chemical attack that killed scores of civilians this week. The attack was the first direct U.S. assault on Syria and the government of President Bashar al-Assad in the six-year war there. (Ford Williams/U.S. Navy via Getty Images) 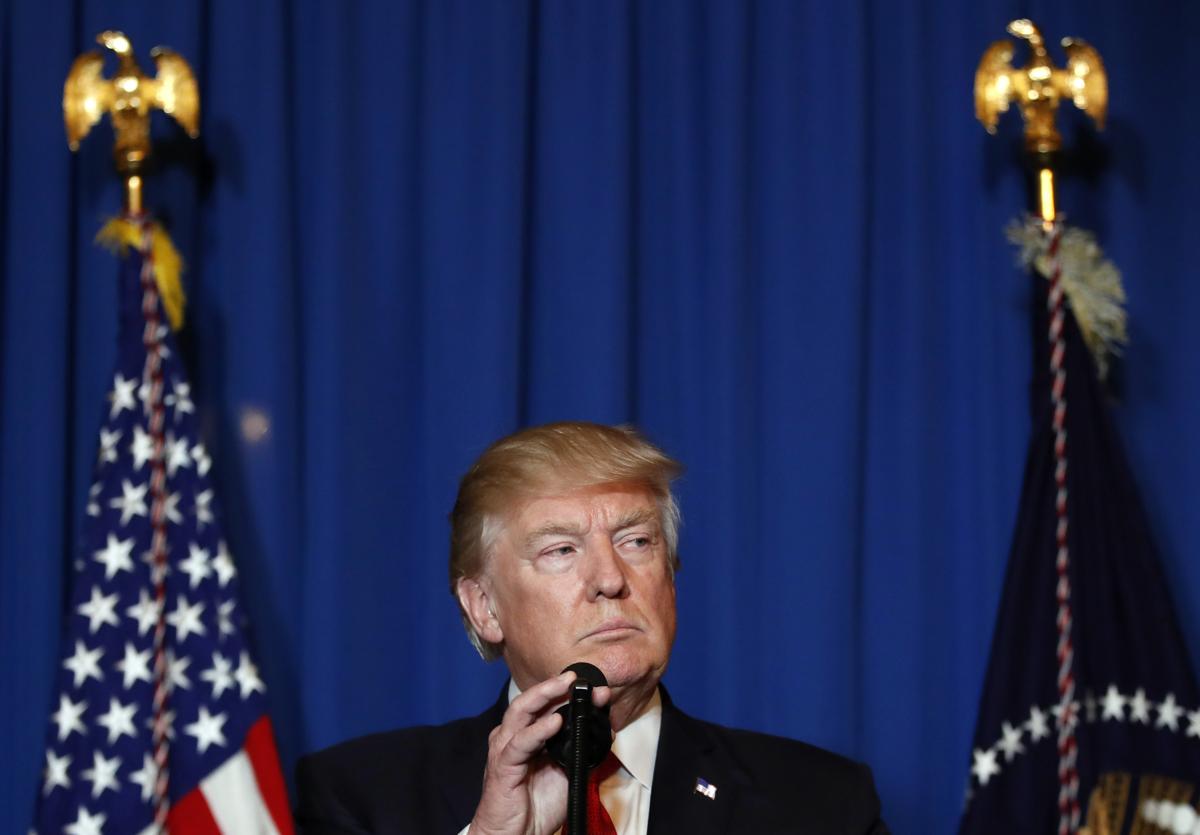 14
President Donald Trump prepares to speak at Mar-a-Lago in Palm Beach, Fla., April 6, after the U.S. fired a barrage of cruise missiles into Syria Thursday night in retaliation for this week’s gruesome chemical weapons attack against civilians. (Alex Brandon/Associated Press) 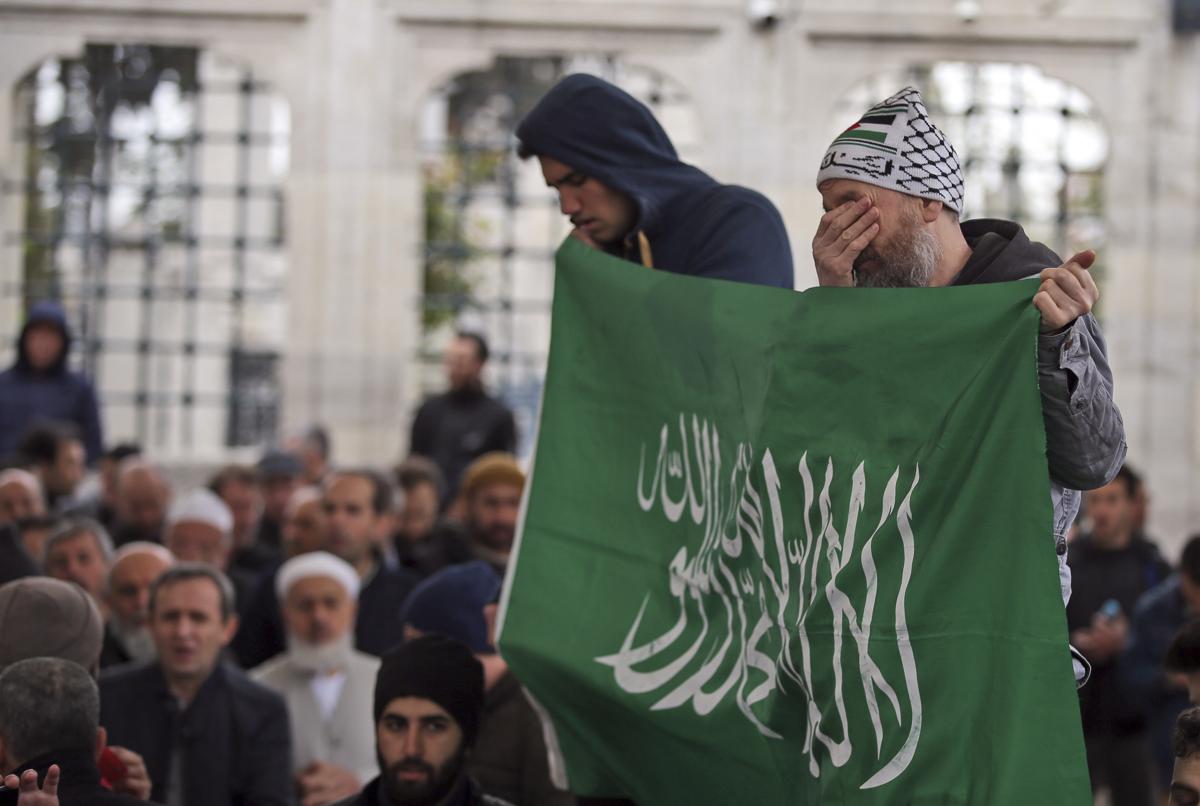 15
People, hold an Islamic flag and chant slogans during a demonstration against the chemical attack in Idlib, Syria, following a prayer in Istanbul, April 7. Some hundreds of people gathered in the courtyard of the mosque in Istanbul following Friday prayers to protested against the attack and prayed for the victims. (Emrah Gurel/Associated Press) 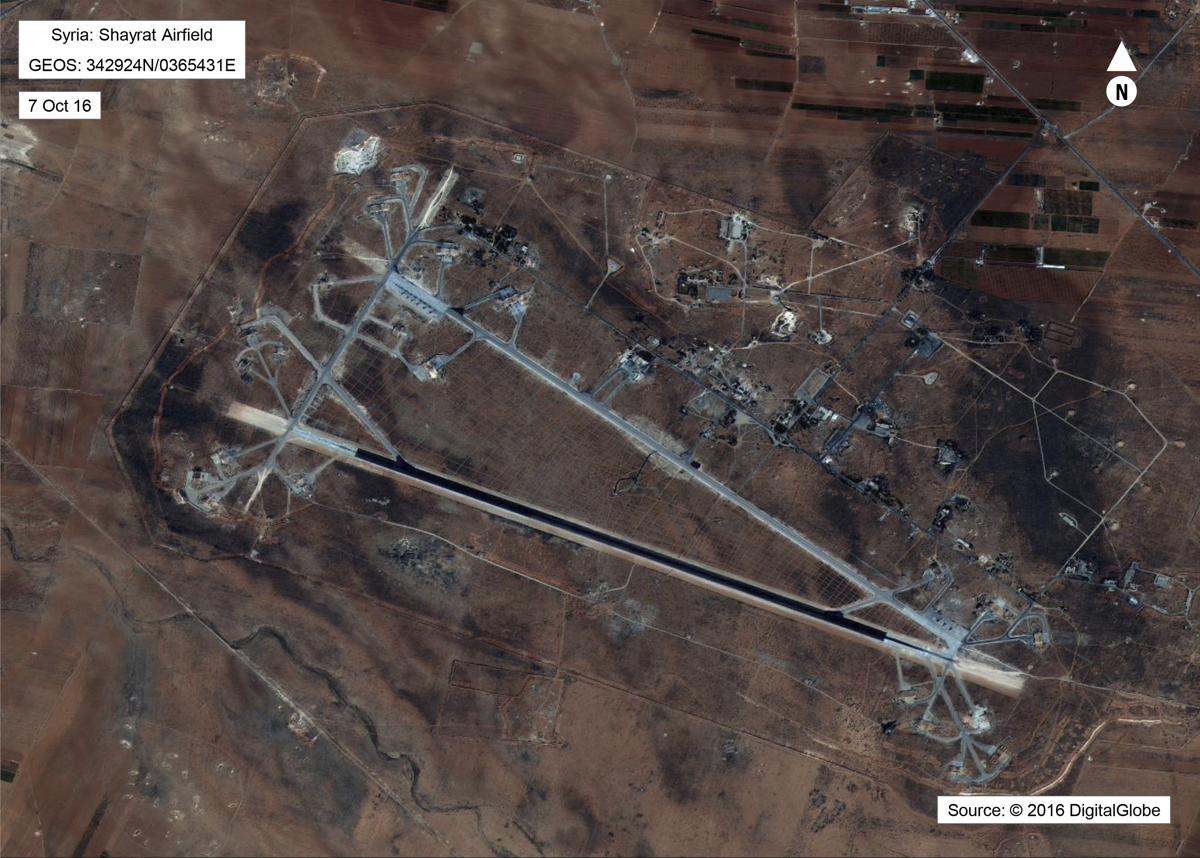 16
This Oct. 7, 2016 satellite image shows Shayrat air base in Syria. The United States blasted a Syrian air base with a barrage of cruise missiles on April 7, in retaliation for this week’s chemical weapons attack against civilians. (DigitalGlobe/U.S. Department of Defense via AP) 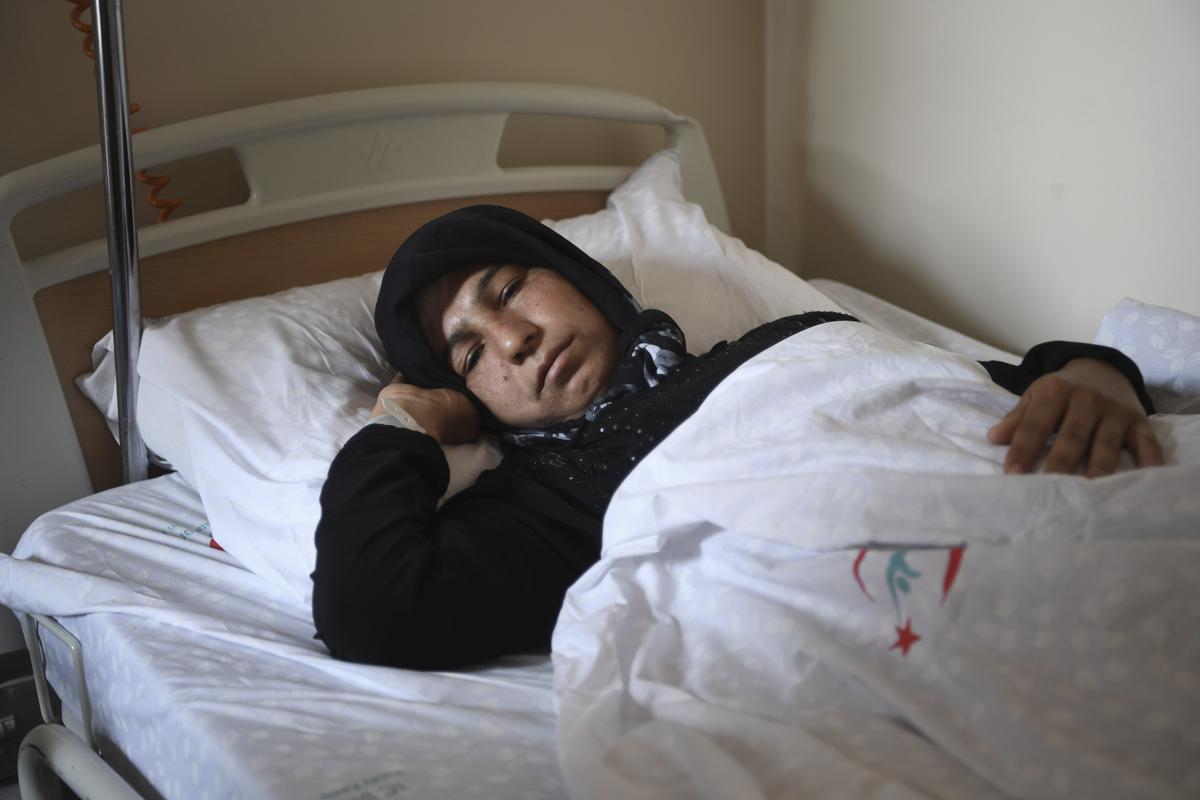 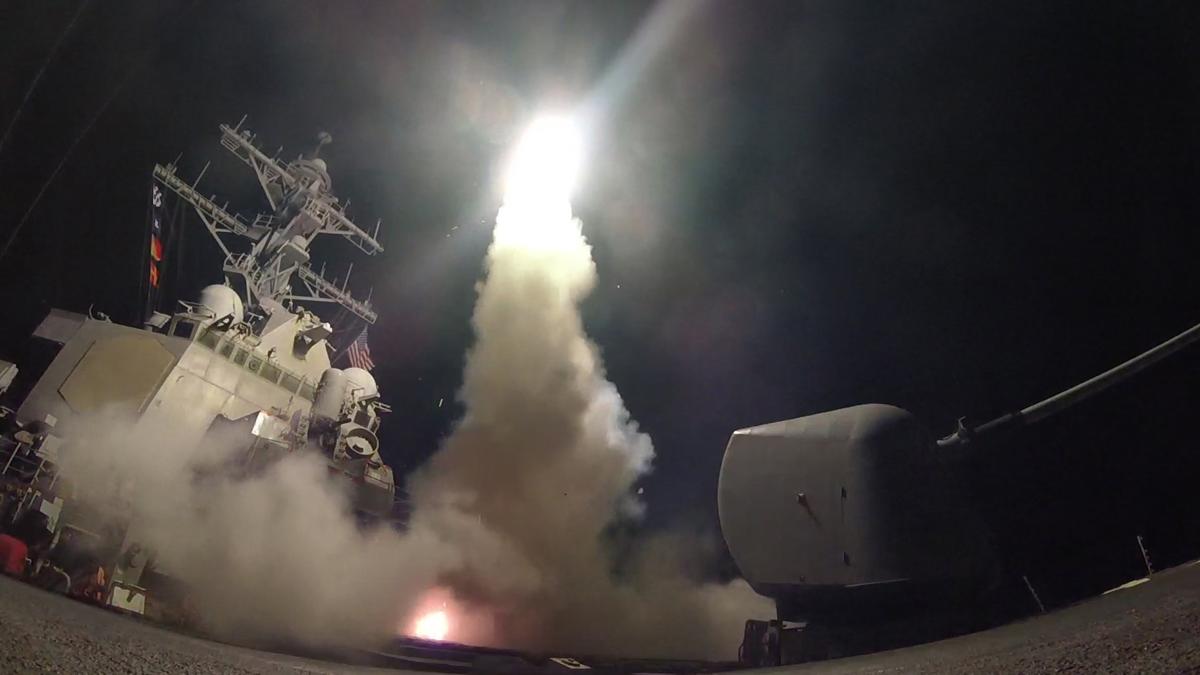 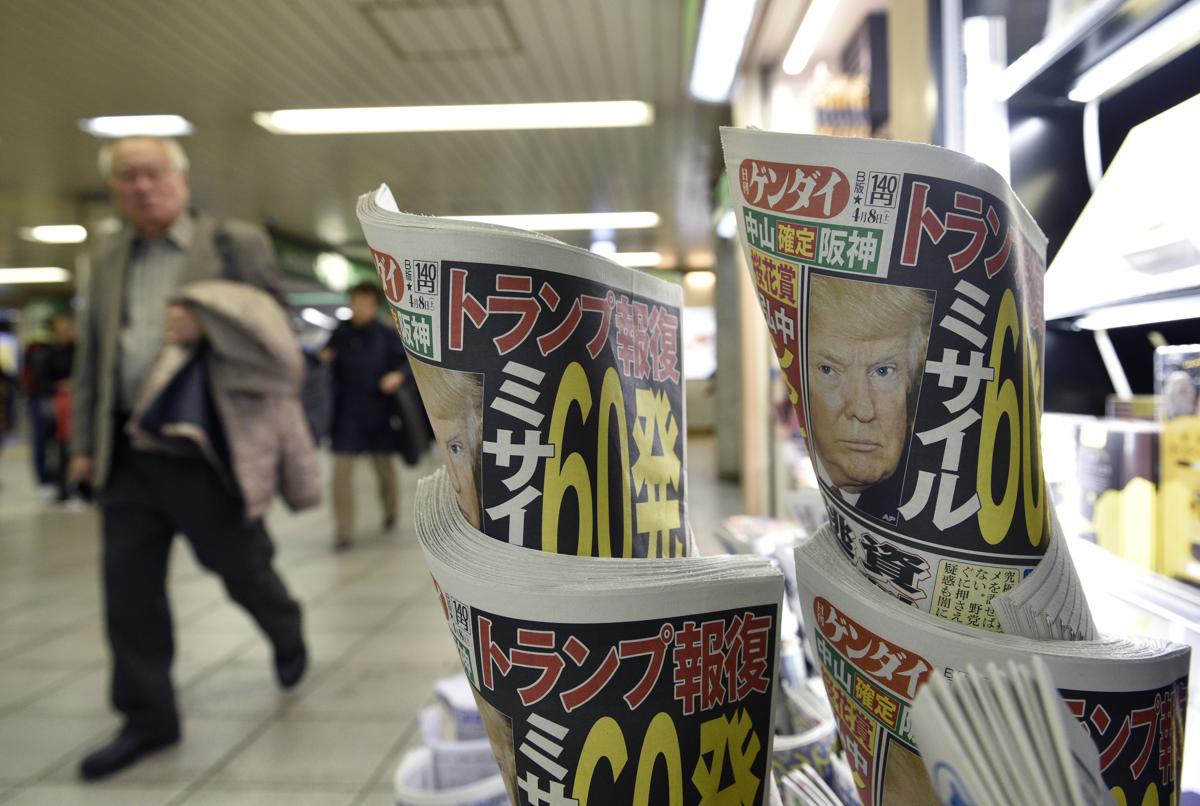 19
Copies of the popular Japanese daily Nikkan Gendai newspapers showing pictures of US President Donald J. Trump are stacked at a kiosk of a railway station in Tokyo, Japan, April 7. (FRANCK ROBICHON/EPA) 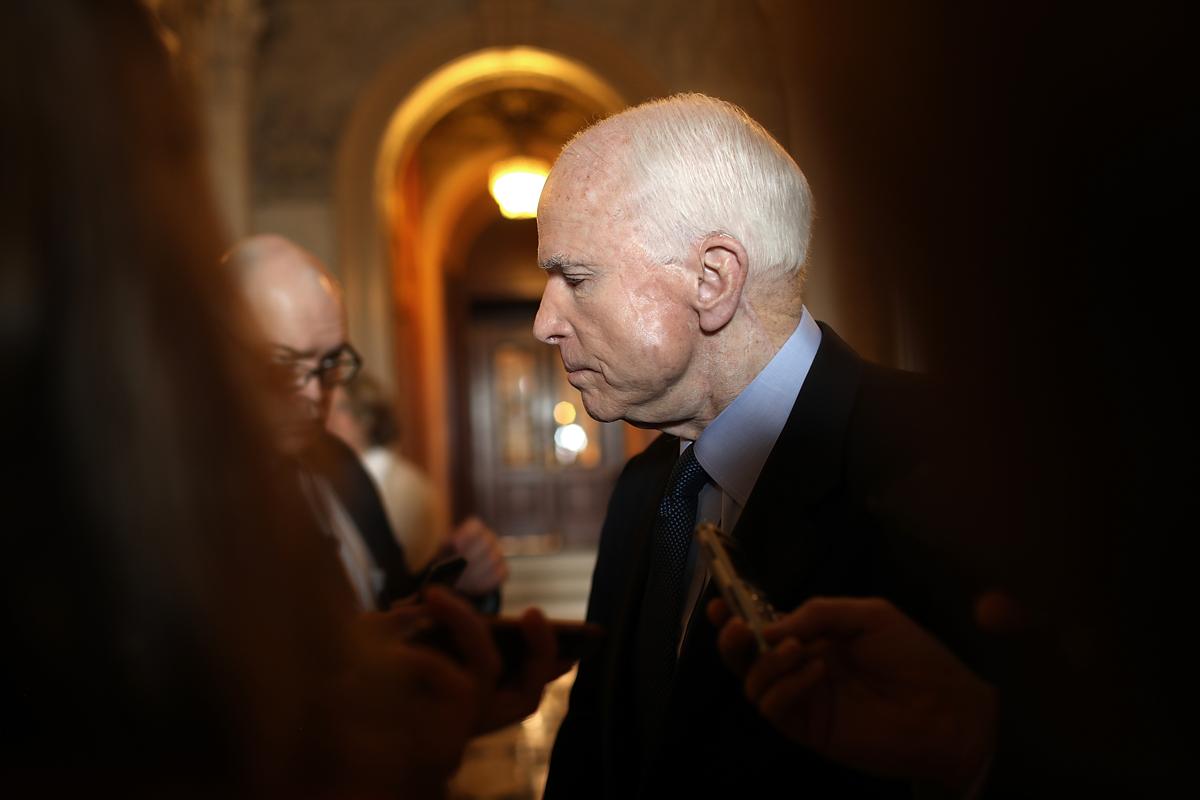 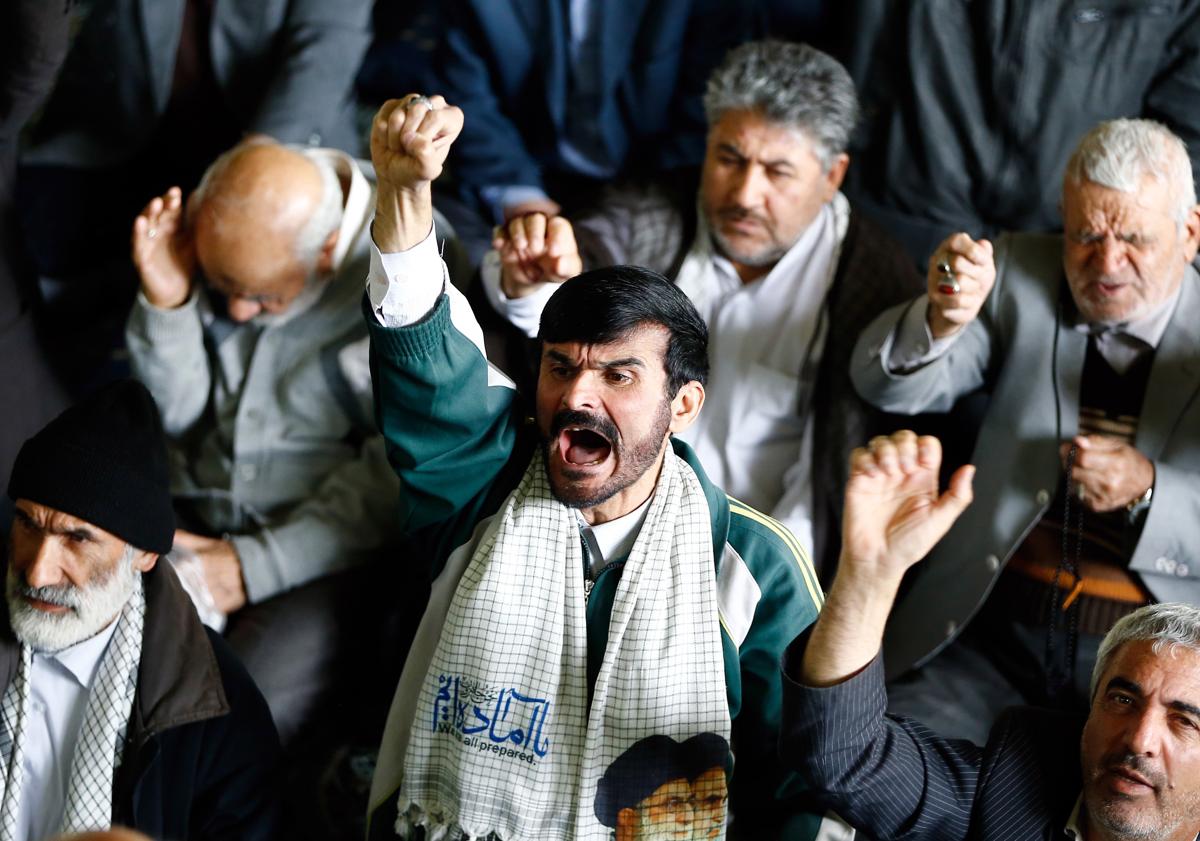 21
Iranians shout anti-US slogans after the Friday prayer ceremony in Tehran, Iran, April 7. Following US air-strike in Syria, Iran has strongly condemned the US air strick to an air base in Syria. (ABEDIN TAHERKENAREH/EPA) 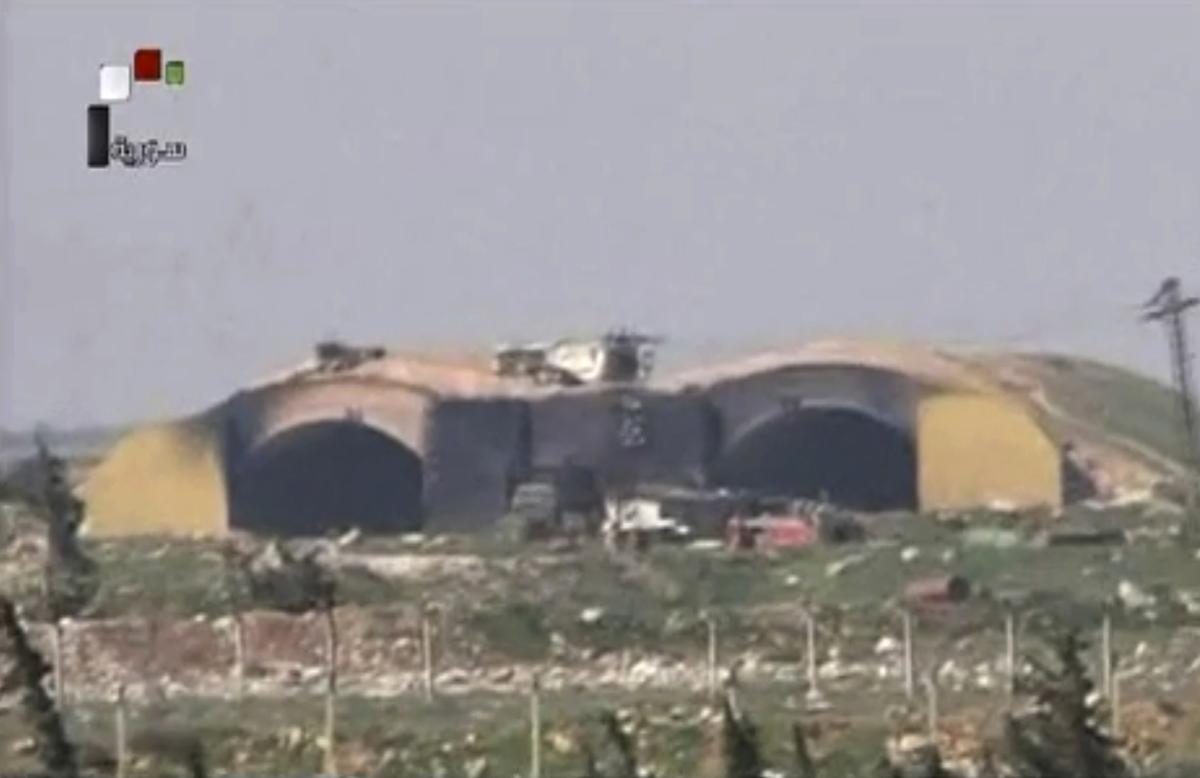 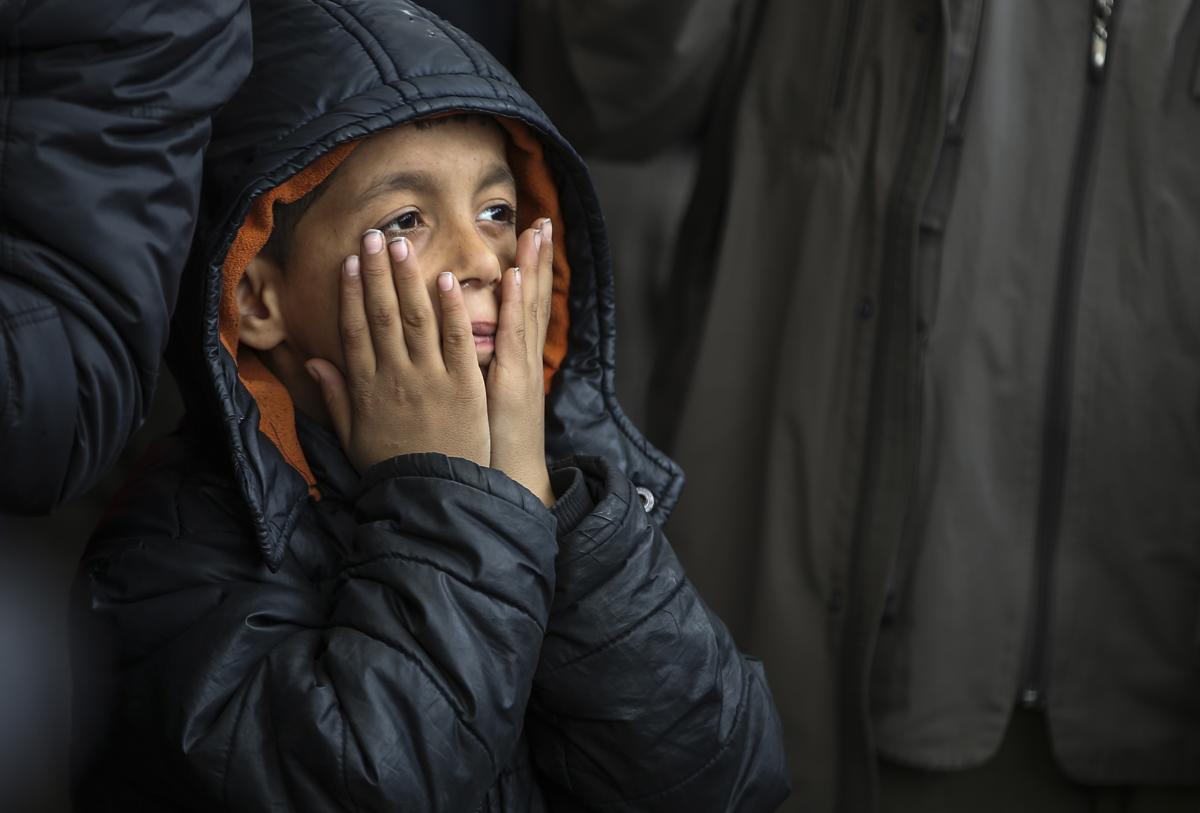