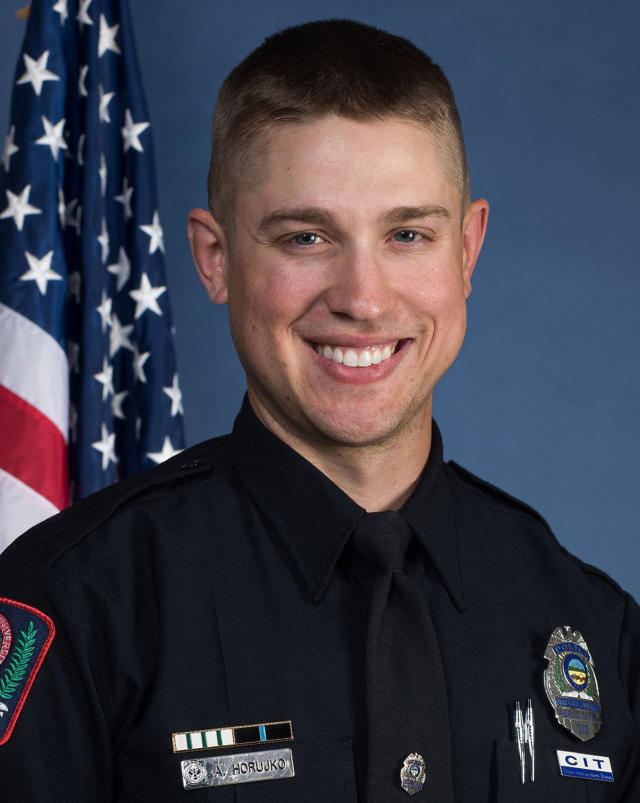 The Ohio State University police officer who took down the alleged assailant in Monday’s attack on the Columbus campus is being praised by authorities for his quick actions.

Officer Alan Horujko, 28, has been identified as the cop who fatally shot suspect Abdul Razak Ali Artan after OSU student drove a silver Honda Civic into a group of pedestrians before getting out and cutting multiple victims with a butcher knife about 10 a.m.

Authorities said during a press conference Monday afternoon that Horujko shot and killed Artan less than one minute after the attack began.

“We owe a debt of gratitude to ,” OSU’s Director of Public Safety Monica Moll said. “He did a fabulous job today.”

Other officials praised Horujko as “outstanding,” and noted that many more than the nine injured could have been hurt if it weren’t for the officer’s fast response.

Horujko has been with the OSU police department since January 2015, Moll said.

Artan has been identified as a 20-year-old freshman student at the university. Multiple outlets — citing law enforcement sources — said that Artan was a young Somali refugee who was a legal, permanent resident of the United States.

Students were alerted to “run hide fight” by OSU’s emergency management department at 9:56 a.m. on Monday. The shelter in place was eventually lifted less than two hours later, at 11:14 a.m.

Classes on the Columbus campus were canceled for the rest of the day, and OSU said in a statement obtained by PEOPLE, “Our top priority remains the safety and security of our campus community. Our thoughts and prayers are with those injured and their families.”