The Truth About Astrological Signs

Sometimes, when there is a slow news day, I think the mainstream media likes to recycle a story that previously caused some controversy in order to “stir the pot” again and get another rise from the general public. That certainly seemed to be case about a month ago, when a news story began furiously circulating about how NASA had just changed the signs of the Zodiac.

I mean there it was, on page three of the Sept. 27 New York Daily News:

“News that NASA updated astrological signs for first time since Babylonians devised them some 3,000 years ago rocked everyone’s world. Even casual zodiac followers have flown off the handle and gotten all, well, Scorpio-like. The recognition of Ophiuchus, that 13th sign, only added to the chaos. But NASA had reasons for renovations. The night sky today doesn’t look like it did three millennia ago, the Earth’s axis has changed and Ophiuchus was originally omitted for neatness’ sake. It’s always been there.“[Insight Astronomy Photographer of the Year 2016: Amazing Photos]

That first line about how “NASA updated astrological signs for the first time since Babylonians devised them some 3,000 years ago” almost made me spit out my morning cup of tea. And sure enough, this “cosmic revelation” went viral. By that same evening, virtually every TV news broadcast devoted a few minutes to how the astrological signs had suddenly been changed.

If they only did their research . . .

I guess the news media contracted amnesia that day — or at the very least has a very short memory. More likely it was simply a case of not doing some simple research.

It was less than six years ago that the flames of this so-called controversy were fanned. And back then, NASA had nothing to with it. In January 2011, a newspaper in Minneapolis innocuously reported that a naturally occurring wobble in the direction of the Earth’s axis — known to astronomers as “precession” — had altered the alignment of the star positions from their “traditional” zodiacal signs.

Like the so-called “NASA announcement” last month, the 2011 report citing Parke Kunkle, a board member of the Minnesota Planetarium Society, quickly went viral. But ironically, the “revelation” that Mr. Kunkle had uncovered was nothing new at all. Indeed, it has long been known that any given “sign” assigned to particular calendar dates in your daily newspaper’s horoscope is not where the sun actually is that particular month, but where it would have been thousands of years ago! Yet today’s astrologers, who believe that the sun, moon and planets mysteriously direct our lives, continue to adhere to star positions that for all intents and purposes are out of date by thousands of years!

And at the time I threw in my two cents in an interview about all this on Space.com’s sister site, Live Science.

Of the imaginary coordinate lines that astronomers and navigators use in mapping the sky, perhaps the most important one is the ecliptic, the path the sun appears to take through the sky. Because of Earth’s yearly revolution around the sun, the sun appears to take an annual journey through the heavens with the ecliptic as its path. Technically, then, the ecliptic represents the extension or projection of the plane of Earth’s orbit out toward the sky.

But since the moon and planets also move in orbits, whose planes do not differ greatly from that of Earth’s orbit, these bodies always stay relatively close to the ecliptic line when they’re visible in the sky. In other words, our solar system can be best-defined as being somewhat flat, with all eight planets moving in very nearly the same plane.

The Zodiac consists of the 12 constellations through which the ecliptic passes. The name is derived from Greek, meaning “animal circle,” which is also related to the word “zoo” and comes from the fact that most of these constellations are named for animals, such as Leo, the Lion, Taurus, the Bull and Cancer, the Crab. Those names, which can be readily identified on sky charts, are familiar to millions of horoscope users (who — ironically — would be hard-pressed to find them in the actual sky).

If we could see the stars in the daytime, we would see the sun slowly wander from one constellation of the Zodiac to the next, making one complete circle around the sky in one year. Ancient astrologers were able to figure out where the sun was on the Zodiac by noting where the last constellation to rise ahead of the sun was (at dawn), or the first to set after it (at dusk). Obviously, the sun had to be somewhere in between. As such, each month a specific constellation was conferred the title of “House of the Sun,” and in this manner each month-long period of the year was given its “sign of the Zodiac.”

Who is this serpent guy?

One of the things that really rankled horoscope readers about the readjustment was the insertion of a 13th zodiacal sign.

Although the ecliptic passes through the constellation of Ophiuchus (ŏf-i-ū-kus), the Serpent Holder, that constellation is not included among the 12 classical signs of the Zodiac. In fact, the sun spends more time traversing through Ophiuchus than nearby Scorpius (called “Scorpio” by the astrologers)! It officially resides in Scorpius for less than a week: from Nov. 23 through 29. It then moves into Ophiuchus on Nov. 30 and remains within its boundaries for more than two weeks — until Dec. 17. Yet the Serpent Holder was not considered a member of the Zodiac, and so deferred to the brighter and more prominent constellation of Scorpius!

I guess that’s what the Daily News meant when it said that Ophiuchus was omitted “for neatness’ sake.” [Monsters of the Night Sky: Strange Constellations to See in Fall]

In addition, because the moon and planets are often positioned either just to the north or south of the ecliptic, it allows them to sometimes appear within the boundaries of several other nonzodiacal star patterns. For instance, the planet Venus will briefly clip a corner of the nonzodiacal constellation Cetus, the Whale, on May 9-10, 2017. And on July 29-31, 2017, Venus will be located inside Orion’s upraised club.

And no, Orion is not a card-carrying member of the zodiac either.

In his book “More Mathematical Astronomy Morsels” (Willmann-Bell, Inc. 2002), the renowned astronomical calculator Jean Meeus points out that there should actually be 22 (count ’em!) zodiacal constellations, reflecting all the constellations the moon and some of the planets from Mercury to Neptune can occasionally enter. In addition to the 12 classical zodiacal signs and Ophiuchus, we can also add the following: Auriga, the Charioteer, Cetus, the Whale, Corvus, the Crow, Crater, the Cup, Hydra, the Water Snake, Orion, the Hunter, Pegasus, the Flying Horse, Scutum, the Shield, and Sextans, the Sextant.

Joe Rao serves as an instructor and guest lecturer at New York’s Hayden Planetarium. He writes about astronomy for Natural History magazine, the Farmer’s Almanac and other publications, and he is also an on-camera meteorologist for News 12 Westchester, New York. Follow us @Spacedotcom, Facebook and Google+. Original article on Space.com.

The Red Spider Nebula welcomes Halloween with its eerie lobes and ghostly shine.

Large ripples constitute the expansive lobes of the Red Spider Nebula. The two lobes of the nebula represent a typical expression at the end of a star’s life, with material from the star gushing into space at high speeds. [Haunting Photos: The Spookiest Nebulas in Space]

The nebula, thousands of light years from Earth in the constellation of Sagittarius, contains one of the hottest known stars which creates waves 100 billion kilometers (62.4 billion miles) high with its powerful cosmic winds. The speed of the waves arise from supersonic shocks forming from local gas compression, heating and rapid expansion in the lobes. Atoms trapped in the the shock create the dazzling radiation seen here.

Hubble has been returning images of the deep recesses of our Universe to us since April of 1990. After being repaired and upgraded with five separate Space Shuttle missions, with the last in 2009. While Hubble could operate into the 2030s, its successor, the James Webb Space Telescope(JWST) is scheduled to launch in 2018.

One of the wildest things that happens in nature is caterpillars go to sleep one day and then transform into a damn butterfly after a month. I thought that as a kid, and I still think it now. Like, that’s the closest thing we’ve got to actual sorcery on Earth.

But it’s just an egg turning into a larva to a pupa to a butterfly. Watch as David Attenborough explain the process as only he can in this clip from Micro Monsters. Plus, you get to see super gnarly footage of the butterfly emerging from its chrysalis like some sort of hatching alien. 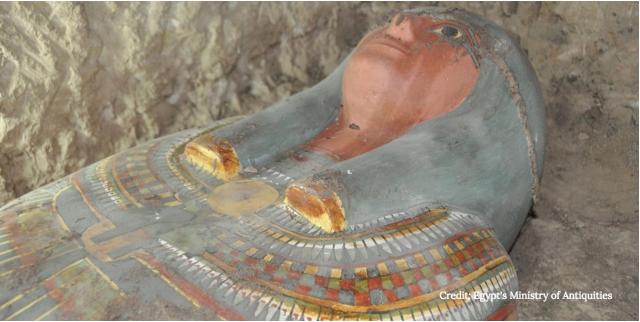 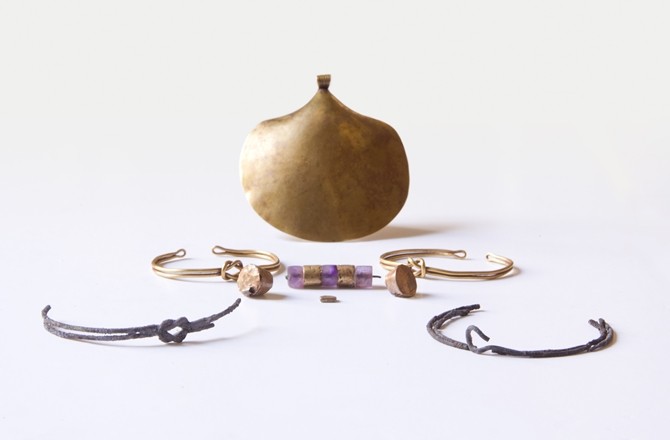 For nearly four millennia, the “Lady of the Jewels,” as the mummy was nicknamed, eluded tomb raiders, her sarcophagus trapped under a collapsed roof.

The archaeologists were cleaning and restoring several tombs in the necropolis that had been already looted in antiquity when they realized that in one of the chambers of tomb XIV, part of the roof had already collapsed before robbers entered it.

“A large boulder, which had fallen down before the tomb was looted, had crushed and buried a previously untouched coffin with all its content,” Egyptologists Myriam Seco, director of the Thutmosis III Temple Project, said in a statement.

As Seco’s team removed the stone, they found a wooden sarcophagus and an utterly destroyed female mummy.

“She still wore the marvelous jewelry that was attached during the process of mummification,” Seco said.

Belonging to a higher social class, the woman, possibly in her 30s, was buried with a necklace in which semiprecious stones and gold plates alternate. A pendant in the form of a finely-wrought golden shell weighting over 20 grams was attached.

“Furthermore, she carried two golden bangles on her arms, each formed by two pieces of twisted wire, connected to each other and silver bracelets on both ankles,” Seco said.

While the golden shell and the two bangles were found in a perfect state of preservation, the silver ankle bracelets were very worn.

“These spectacular findings confirm that an elite necropolis is located under the mortuary temple of Thutmosis III. Wealthy and important individuals of the Middle Kingdom and their families were buried there,” Seco said.

Archaeological work at the temple began in 2008. The seventh season started last October and will run until mid-January. 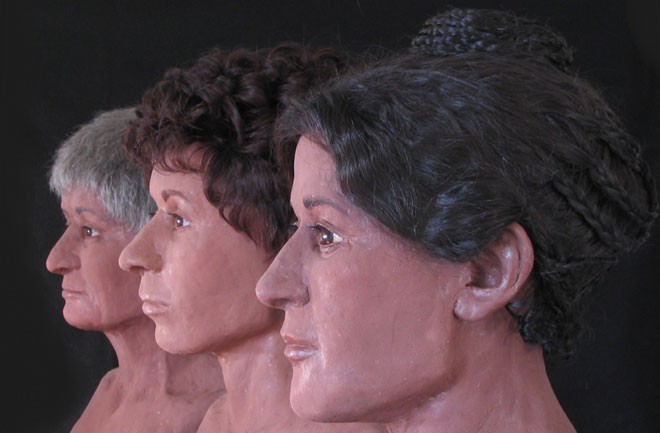 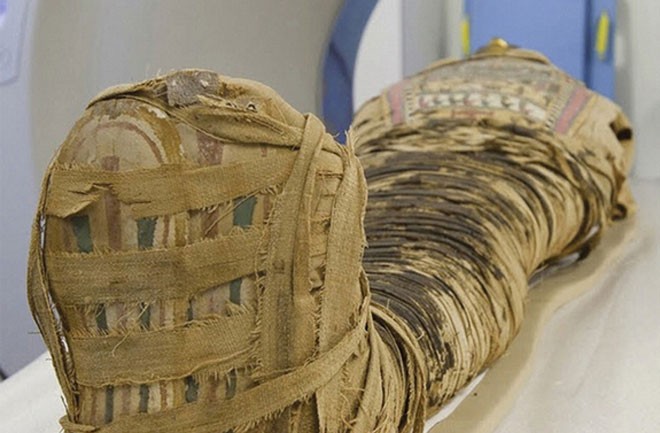