Leprosy Suspected in 2 California Kids: How Could They Contract It? 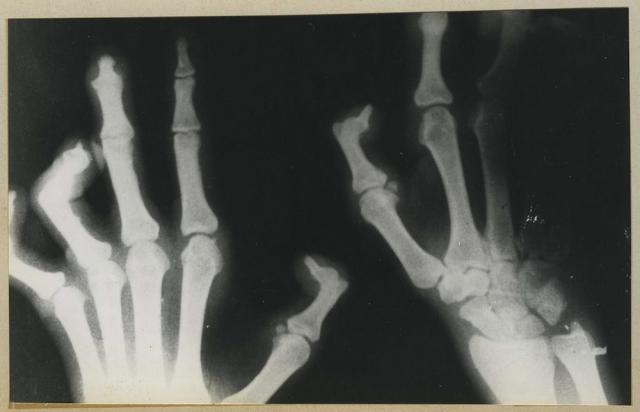 Two schoolchildren in California are suspected of having leprosy, but where might they have caught the disease?

This week, officials in Riverside Country (which is near Los Angeles) said they are investigating the suspected cases of leprosy, now usually called Hansen’s disease, at an elementary school in the area. Nursing staff at the school first notified officials about the possible infections on Sept. 2, but it will take several weeks to confirm them, according to the Los Angeles Times.

Cases of Hansen’s disease in the United States are rare, but they do occur, with about 100 to 200 cases typically reported each year, according to the Centers for Disease Control and Prevention. In 2014, there were 175 new cases of Hansen’s disease diagnosed in the United States, and nearly three-quarters of these cases were reported in seven states: Arkansas, California, Florida, Hawaii, Louisiana, New York and Texas, according to the U.S. National Hansen’s Disease (Leprosy) Program.

“There’s a lot of stigma and a lot of misunderstanding about leprosy,” said Dr. Amesh Adalja, an infectious-disease specialist and a senior associate at the University of Pittsburgh Medical Center’s Center for Health Security. “In the United States, there are thousands of people” who have the disease, Adalja told Live Science. It’s estimated that, overall, about 6,500 people in the United States have Hansen’s disease, and about half of these require active medical treatment, according to the National Hansen’s Disease Program. [Top 10 Stigmatized Health Disorders]

There’s currently not enough information provided about these two suspected case to know where they might have originated, Adalja said. But armadillos in the United States are known to harbor the bacteria that cause the disease, and it’s possible for people to become infected through contact with the animals, Adalja said, although the risk of this is low.

People can also become infected with leprosy through prolonged close contact with patients who have leprosy, Adalja said. Because the disease is not very contagious, people are unlikely to become infected through casual contact, he added.

In addition, a sizable number of the people who have Hansen’s disease in the United States (about 60 percent) were born in another country, Adalja said, and so it’s possible they contracted the disease in another country, but this is not certain. Countries with more widespread leprosy transmission include Angola, Brazil, Central African Republic, Democratic Republic of Congo, Federated States of Micronesia, India, Kiribati, Madagascar, Mozambique, Nepal, Republic of Marshall Islands and the United Republic of Tanzania, according to the CDC.

The disease is caused by a bacterium known as Mycobacterium leprae. It mainly affects the skin, peripheral nerves, upper respiratory tract, eyes and lining of the nose, according to the National Institutes of Health. The bacteria multiply very slowly, so it may take two to 10 years before a person who is infected with the bacteria has any symptoms, the CDC says. Left untreated, the bacteria can cause permanent damage to the skin, nerves, limbs and eyes (including paralysis and blindness), according to the World Health Organization.

But the disease is easily treatable with antibiotics, according to the CDC.  And patients are unable to transmit the disease to other people after taking just a few doses of antibiotics.

Hansen’s disease is not easily spread between people, and it’s unlikely that people would catch the disease in a school or work environment, Barbara Cole, of the Riverside County Department of Public Health, told the Los Angeles Times. One reason that the disease doesn’t appear to be very contagious is that most people are naturally immune to the disease — it’s estimated that about 95 percent of people are not able to contract leprosy, Adalja said.

The school with the suspected cases said it has disinfected a few classrooms as a response to the news, according to the Los Angeles Times. But Adalja said that this action was probably overdoing it relative to the risk that the cases pose. “Almost all of it will be overkill because this disease is not that contagious,” Adalja said.