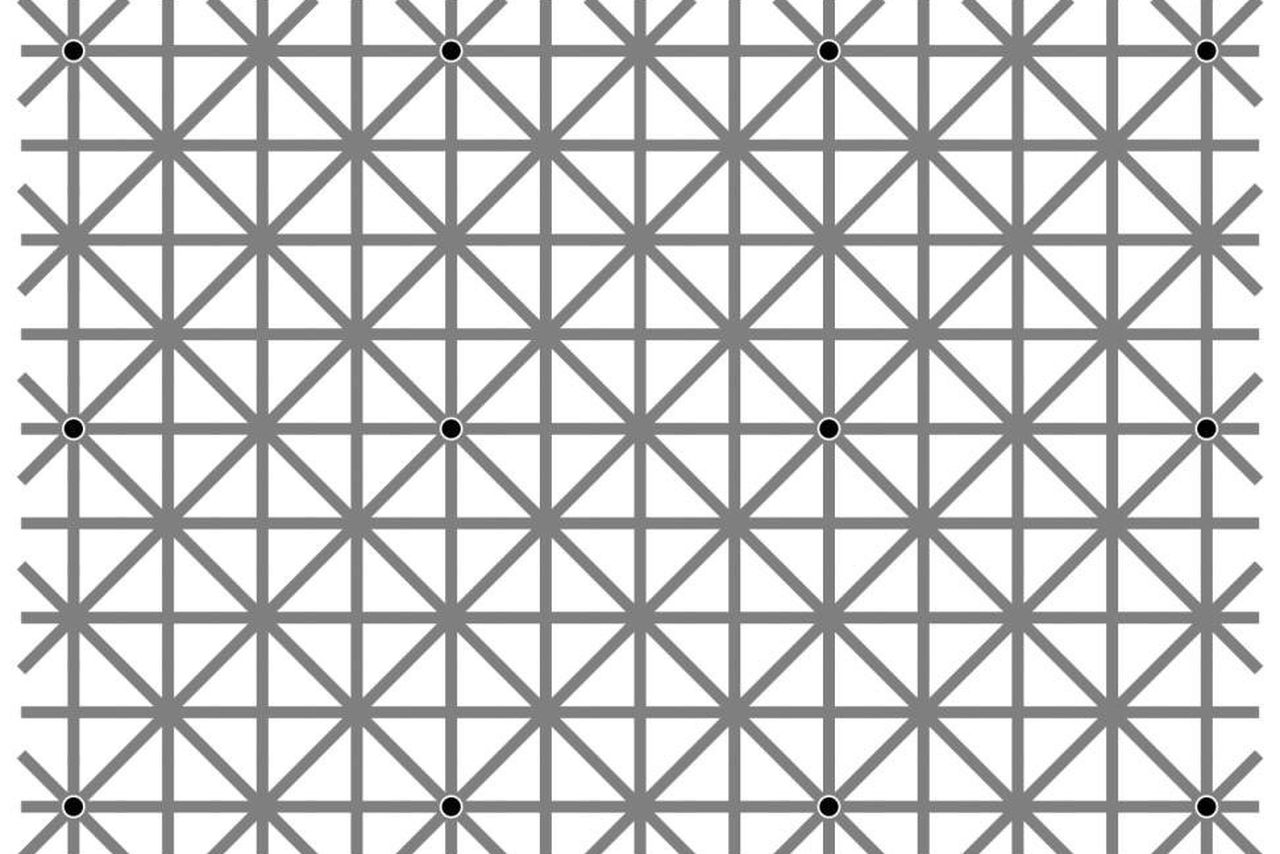 Optical illusions have a way of breaking the internet, and the latest visual trick looks like it’s well on its way. On Sunday afternoon, game developer Will Kerslake tweeted a picture of intersecting gray lines on a white background. Twelve black dots blink in and out of existence where the gray lines meet. In the six hours since he posted the photo to Twitter, it’s been shared more than 6,000 times, with commenters demanding to know why they can’t see all 12 dots at the same time.

The optical illusion was first posted to Facebook about a day ago by Japanese psychology professor Akiyoshi Kitaoka, and it has been shared more than 4,600 times so far. But the origin of this bit of visual trickery is a scientific paper published in the journal Perceptionin 2000.

To be clear, there really are 12 black dots in the image. But (most) people can’t see all 12 dots at the same time, which is driving people nuts.

“They think, ‘It’s an existential crisis,'” says Derek Arnold, a vision scientist at the University of Queensland in Australia. “‘How can I ever know what the truth is?'” But, he adds, scientists who study the visual system know that perception doesn’t always equal reality.

In this optical illusion, the black dot in the center of your vision should always appear. But the black dots around it seem to appear and disappear. That’s because humans have pretty bad peripheral vision. If you focus on a word in the center of this line you’ll probably see it clearly. But if you try to read the words at either end without moving your eyes, they most likely look blurry. As a result, the brain has to make its best guess about what’s most likely to be going on in the fuzzy periphery — and fill in the mental image accordingly.

That means that when you’re staring at that black dot in the center of your field of view, your visual system is filling in what’s going on around it. And with this regular pattern of gray lines on a white background, the brain guesses that there’ll just be more of the same, missing the intermittent black dots. Those dots disappear and reappear as your eye jitters around “like a camera that’s not being held stably,” Arnold says.

There’s also another thing that could be going on. If you look at the grid pattern closely, you might be able to see faint white squares where the gray lines meet. That’s similar to the dark patches you can see at the intersection of white lines in the Hermann grid illusion. This happens because retinal ganglion cells in the sheet of tissue called the retina at the back of the eye detect contrasts.

In our peripheral vision, Arnold says, “That can counteract the blurry black dot that is actually, physically there.”

Arnold adds that we still don’t know everything about the mental computations that give rise to visual perception. But the great thing about optical illusions is they’re an excellent tool for figuring it out.