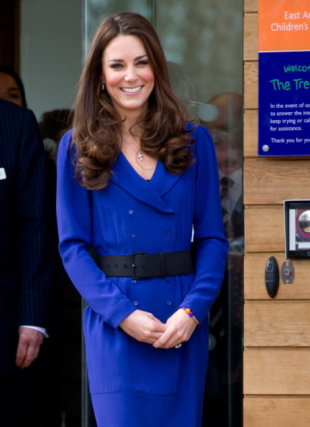 We’re quite fond of Kate Middleton’s style, but we’ve rarely heard her speak in public. That all changed on Monday as the Duchess gave her first public speech as a member of the royal family. The occasion marked the official opening of the East Anglia Children’s Hospice at The Treehouse in Ipswich, outside London. 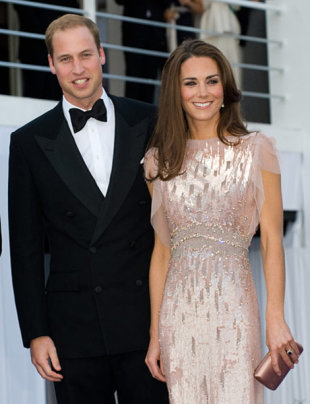 The Duchess loves the British designer, and wore several of her dresses during her North American tour last summer. Packham has boutiques in London and Paris and also sells her wares at luxury retailers in the USA.

The Duchess, 30, wrote her own speech and opted to wear her mother Carole Middleton’s royal blue Reiss dress for good luck. Carole originally wore the frock to Ascot in 2010, and her daughter has chosen to style it similarly with black pumps and the same black belt. While wearing her mother’s fascinator would not have been appropriate attire for her speech, we have seen Catherine wear the very same hat to the wedding of Nicholas van Cutsem in 2011. 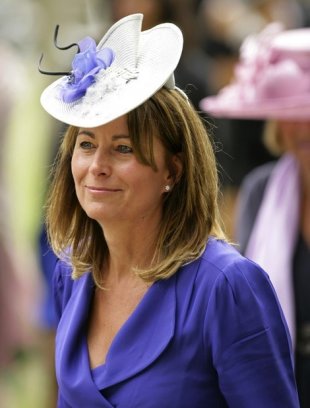 Carole Middleton wore the same blue Reiss dress back in 2010It’s clear the Duchess has inherited her mother’s sense of style, as the Reiss dress could easily have come from her own closet. Catherine has continued to turn to Reiss designs for big events such as her official engagement photos and when she met the Obamas at Buckingham Palace last May. We suspect blue may also be Catherine’s favorite color, as she wore a royal blue Issa dress to her engagement announcement, a blue Zara dress the day after her wedding, and a blue lace Erdem dress during her visit to Canada. Perhaps she prefers the shade since it matches her stunning sapphire engagement ring that once belonged to the late Princess Diana.
Catherine’s thick accent is perhaps more surprising to viewers than her wardrobe choice. “I feel hugely honored to be here to see this wonderful center,” she told the crowd at the Treehouse center. “I am only sorry that William can’t be here today, he would love it here. A view of his, that I share, is that through teamwork, so much can be achieved. What you have all achieved is extraordinary.” 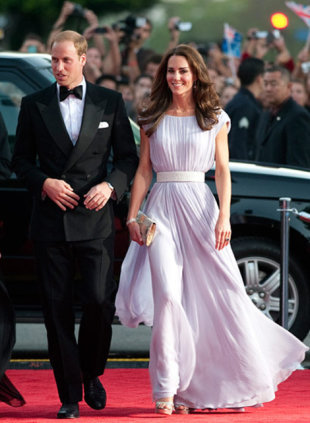 Middleton in Alexander McQueen at the BAFTA Brits to Watch event in Los Angeles, July 2011

Ever since Middleton wore a breathtaking Alexander McQueen gown on her wedding day, the Duchess has opted to wear McQueen designs for many big events. Here the Duchess accessorized her lilac dress with a clutch and sandals from London-based Malaysian designer Jimmy Choo. 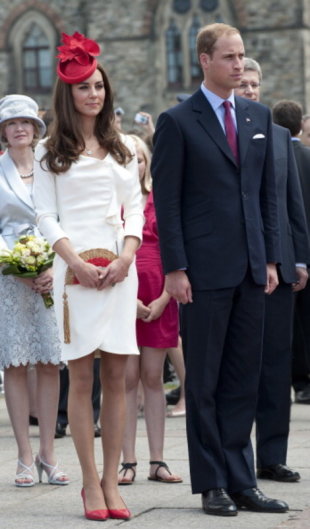 The Duchess in Reiss at at the Canadian Museum of Civilization, July 2011

You may remember this white dress from Middleton’s famous engagement photo. The Reiss “Nannette” dress was from 2010, but the company reissued it last year for $310 due to popular demand. (Catherine also wore Reiss when she met Barack and Michelle Obama.) Her red hat is by milliner Sylvia Fletcher at Lock & Co. and her cute fan bag was made by British accessory designer Anya Hindmarch. 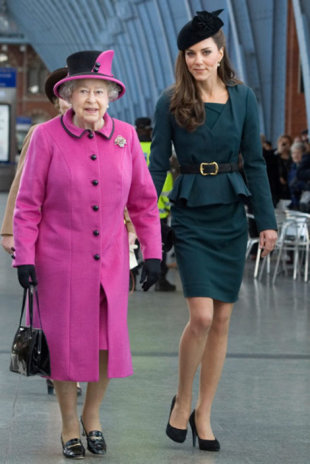 L.K. Bennett is one of Middleton’s favorite British labels (though they have expanded to Ireland, France, and the US). Recently the Duchess wore a teal Jude peplum jacket ($462) over a knee-length Davina dress ($352) in the same shade. Again, her hat is by Lock & Co. and her heels are from a label called Episode.

Middleton in Alice Temperley at the London premiere of War Horse, January 2011

Both Middleton sisters are fans of Temperley. In addition to this stunning black lace gown, Middleton wore several Temperley blouses during her North American visit. Meanwhile Pippa wore a memorable emerald Temperley gown to the royal wedding after party and sat front row at the designer’s spring fashion show in London. 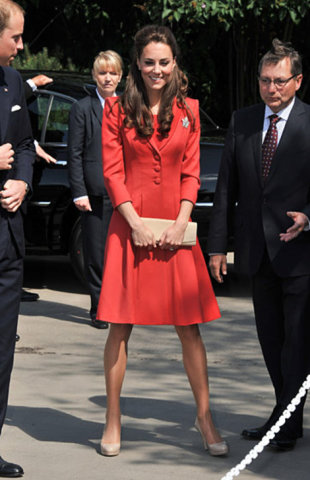 Catherine Walker is one of Britain’s leading couture fashion designers known for dressing the late Princess Diana. Middleton’s mother Carole wore a Catherine Walker dress and coat to the royal wedding. Here we see the Duchess in a vibrant red coat with her famous L.K. Bennett Sledge pumps (they’re currently available for $325 at Nordstrom.com). 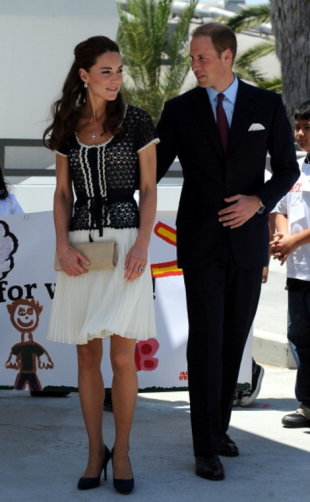 The Duchess looked sweet in Whistles separates pairing the $149 rayon Lina Dobby Pleated Skirt with a navy crocheted top from Whistle’s 2007 pre-fall collection. Middleton also wore a Whistles blouse in her official engagement photo with Prince William. There was such demand for the top, the brand re-issued it last year for $151. 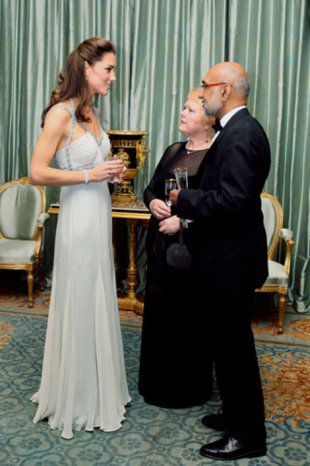 The Duchess wears vintage Amanda Wakeley to a charity gala at Clarence House in London, October 2011

We love the princess-style dress because it’s rare for Middleton to show this much skin! Amanda Wakeley has famously dressed other royals including the late Princess Diana and Queen Rania of Jordan. The designer sells her clothing at her shop Fulham Road, at Harvey Nichols and Harrods in England, and through various retailers throughout Europe,the US, and the Middle East. 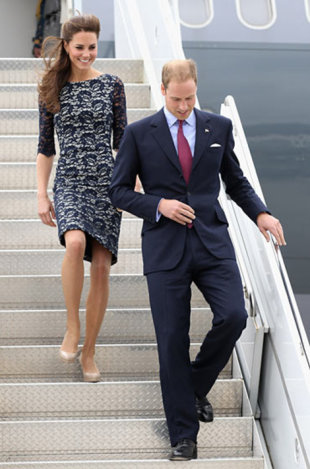 Erdem Moralioglu is a relatively new designer who has caught the eye of famous ladies like Sarah Jessica Parker, Michelle Obama, Keira Knightley, and Ashley Olsen. Erdem is carried at Selfridges, Harvey Nichols in the UK and at Barney’s in the US. And of course, no Middleton outfit would be complete without those L.K. Bennett heels. It’s nice to know the Duchess shops her closet, just like us.

Kate Middleton paid a surprise Thursday visit to the Olympic Park in Stratford, East London — and she got her game on right away!

Touring the Olympic Park and meeting with staff and dignitaries, the beaming Duchess of Cambridge, 30, was eager to play field hockey with Great Britain’s official team.

Clad in ultra-tight coral jeans, hoodie and sneakers, Kate (who was captain of her hockey team at the Marlborough school) grabbed a stick and scored a goal!