Sendang Biru Beach is located on Sumbermanjing Wetan distric, about 69 km from the south of Malang, East Java. It is well known for the biggest fish auction in Malang and a place for fishing harbour. It is called Sendang Biru because it has a blue water.(Sendang in Javanesse language means source of water).

In special occasion such as Syawalan (it is the 7th or 8th day in the month of Syawal) many people take a boats to the Pulau Sempu to take the water from its spring water. It is believed just like “Widodaren water” in Wendit which can bring many advantages for health.

The beach that facing Pulau Sempu only separated by a narrow strait which is often used for sailing or other water sports. Pulau Sempu is a nature reserve with freshwater lake full of catfish spread in the forest and lakes around the island. 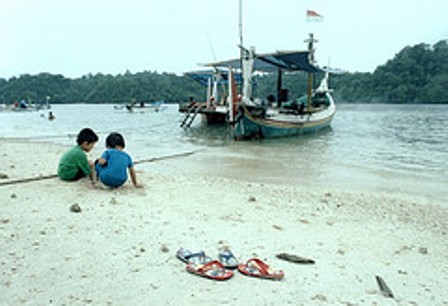 Sempu Island is technically a natural conservation area, 60 km from malang, east java with no population except the wildlife. It’s only a 5 minutes boat trip from a fisherman’s village called sendang biru. the boat will stop at teluk semut (ant’s bay) in sempu island.

But it’s all worth it. I was welcomed by a beautiful white beach with calm clear water with high rock on the other side. As if it is my own swimming pool. The first instinct after a muddy walk is to dive in to the water. There’s water splashing inside from the ocean through a hole from the rock. It’s getting dark, I look above and after years living in a big city I realize it’s been a while since I a clear starry night sky.

I lie down on the beach. Looking at the sky hearing the ocean waves splashing the island’s rocks then fell asleep. the next day I climb the rock on the side of the island. on top you can sit and enjoy the view of the Indian ocean. hope one day you’ll be here, trust me, in sempu you’ll realize how small you are in this world. 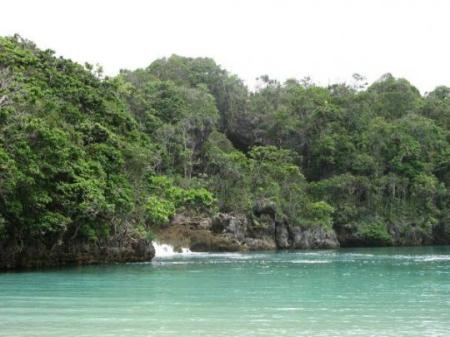